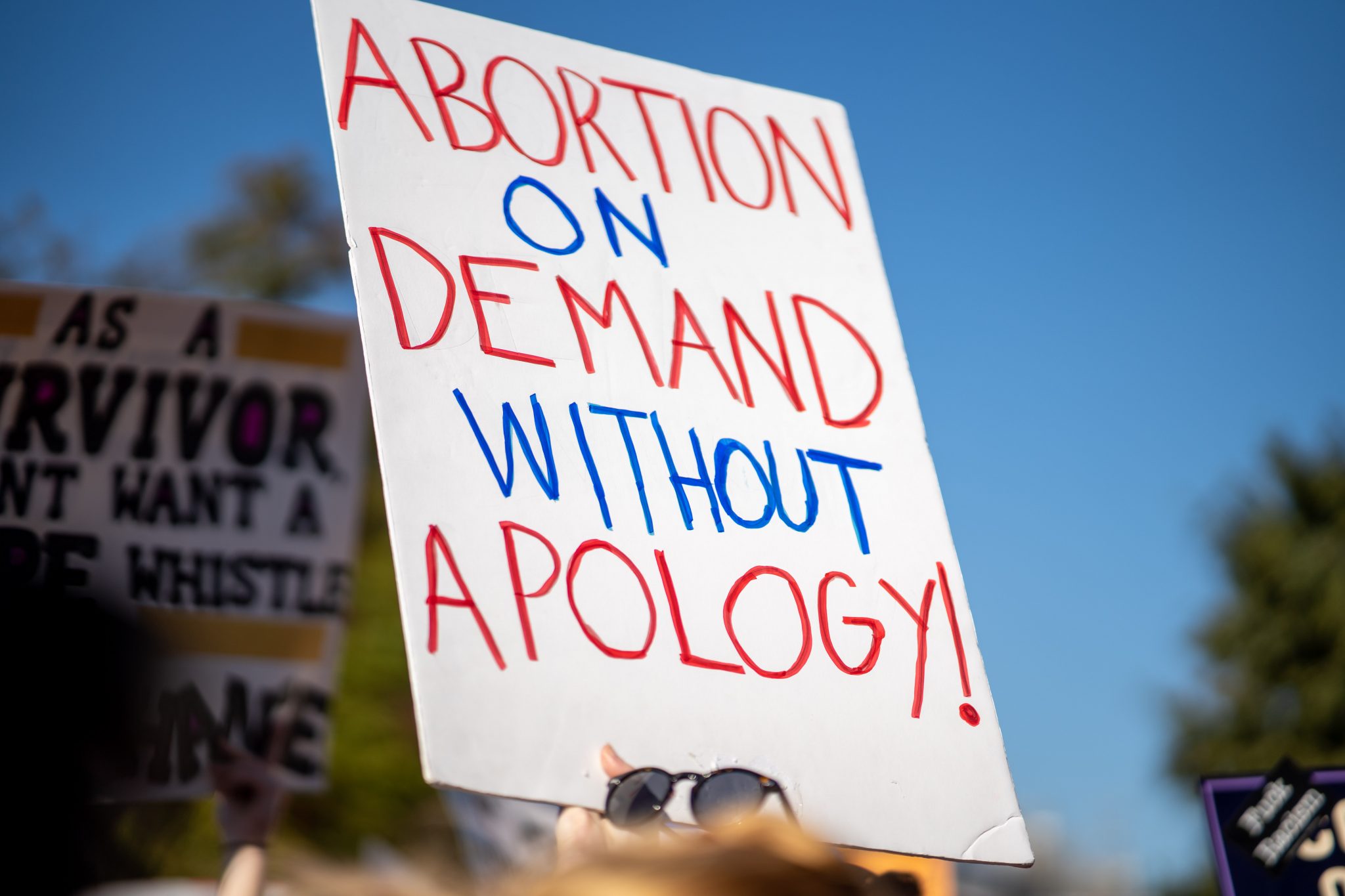 The recent condemnations of “reckless rhetoric” come mainly from liberals who engage in it. They froth at the mouth over the mayhem on Capitol Hill, making wild charges about “those responsible for it.” They spread the blame far and wide in the hopes of silencing and discrediting their political opponents.

Joe Biden’s religious apologists have joined in this opportunism, using it to settle scores against Christian supporters of Trump. These religious liberals have poured scorn on the government of Donald Trump for four years, often indulging in the most intemperate rhetoric. But now they mount their pulpits to inveigh against the dangers of “anti-government” dissent. Beneath the sanctimony of this sermonizing lies a crass political motive: to soften or eliminate any religious opposition to Joe Biden’s unholy abortion politics.

Take Fr. James Martin’s recent article, “How Catholic Leaders Helped Give Rise to Violence at the U.S. Capitol.” The article is a blatant exercise in bearing false witness. It doesn’t offer a scintilla of evidence tying Catholic leaders to the riot. It is little more than a smear designed to weaken Catholic opposition to Biden’s immoral policies.

Biden’s Catholic critics oppose him precisely because they oppose violence. They reject the ethos of violence that abortion represents. But Martin twists this stance into an endorsement of insurrection, a sophistry that he would never apply to robust opposition to racism. Does he blame last year’s race riots on critics of racism? Would he counsel Church leaders to soften their rhetoric about racism lest it lead to violence against racists? Of course not. He writes for a magazine that endorsed the rhetoric of Black Lives Matter.

Far from taking violence seriously, Martin minimizes it in the case of abortion, treating it as an insufficient reason for opposing Biden. Would Martin say the same about an open racist? Would he condemn Church leaders for telling their flock not to vote for such a candidate? No, he would commend them.

Martin delivered the invocation at the Democratic Party’s convention last year and has applauded Biden for adding Pete Buttigieg to his cabinet, which Martin called a “historic step for the #LGBTQ community, whose members have so much to offer the world.” But this doesn’t stop Martin from pontificating about the dangers of partisanship by clergy:

There are traditional restrictions on Catholic clergy endorsing political candidates. The U.S. Conference of Catholic Bishops’ document on voting, “Faithful Citizenship,” states that the church should refrain from endorsing parties or candidates. As Pope Francis has said, the church is called “to form consciences, not to replace them.” More bluntly, a Vatican directive from 1994 says that a priest “ought to refrain from actively engaging himself in politics.”

Martin is as partisan as they come and speaks for a movement that is in lockstep with the Democratic Party. All of his pious talk is at the service of a politician who seeks to enlarge the culture of violence. As Mother Teresa said, “Any country that accepts abortion, is not teaching its people to love, but to use any violence to get what it wants.”

How could Catholics who subscribe to that ethic be responsible for the Capitol Hill riot? That’s the perverse premise of Martin’s piece. Martin denounces dangerous rhetoric, then wallows in his own:

The invasion of the U.S. Capitol was seen by many rioters not simply as a political act but a religious one, in great part thanks to the moral framework fostered by too many Christian leaders. Christians in the mob probably did not consider themselves criminals as much as prophets. One journalist reported the scene: “ ‘Give it up if you believe in Jesus!’ a man yelled near me. People cheered. ‘Give it up if you believe in Donald Trump!’ Louder cheer.”

Those who broke windows, trampled on journalists, terrified legislators and destroyed property likely felt they were doing something holy. Why wouldn’t they? This was a fight against evil. After all, that is what a cardinal, a small number of bishops and many more priests, aligning with self-appointed social media champions of “real Catholicism,” had been telling them for months. They heard it from the pulpit, they read it in parish bulletins and they saw it on social media.

Martin seems to think that he occupies the moral high ground, but his irresponsible opining exposes him as part of the problem. He is not promoting a better understanding of Christian morality but running interference for a politician whom he preferred to Trump. His article is nothing more than an attempt to delegitimize Catholic opposition to Biden at the very moment it is needed the most. Biden, after all, won the Catholic vote, and very few bishops forthrightly spoke against him. The real problem is not that the Church opposed Biden too loudly but too little. Inoculating him against future Catholic criticism, as Martin wishes, will simply make it easier for Biden to promote the violence of abortion at home and abroad.