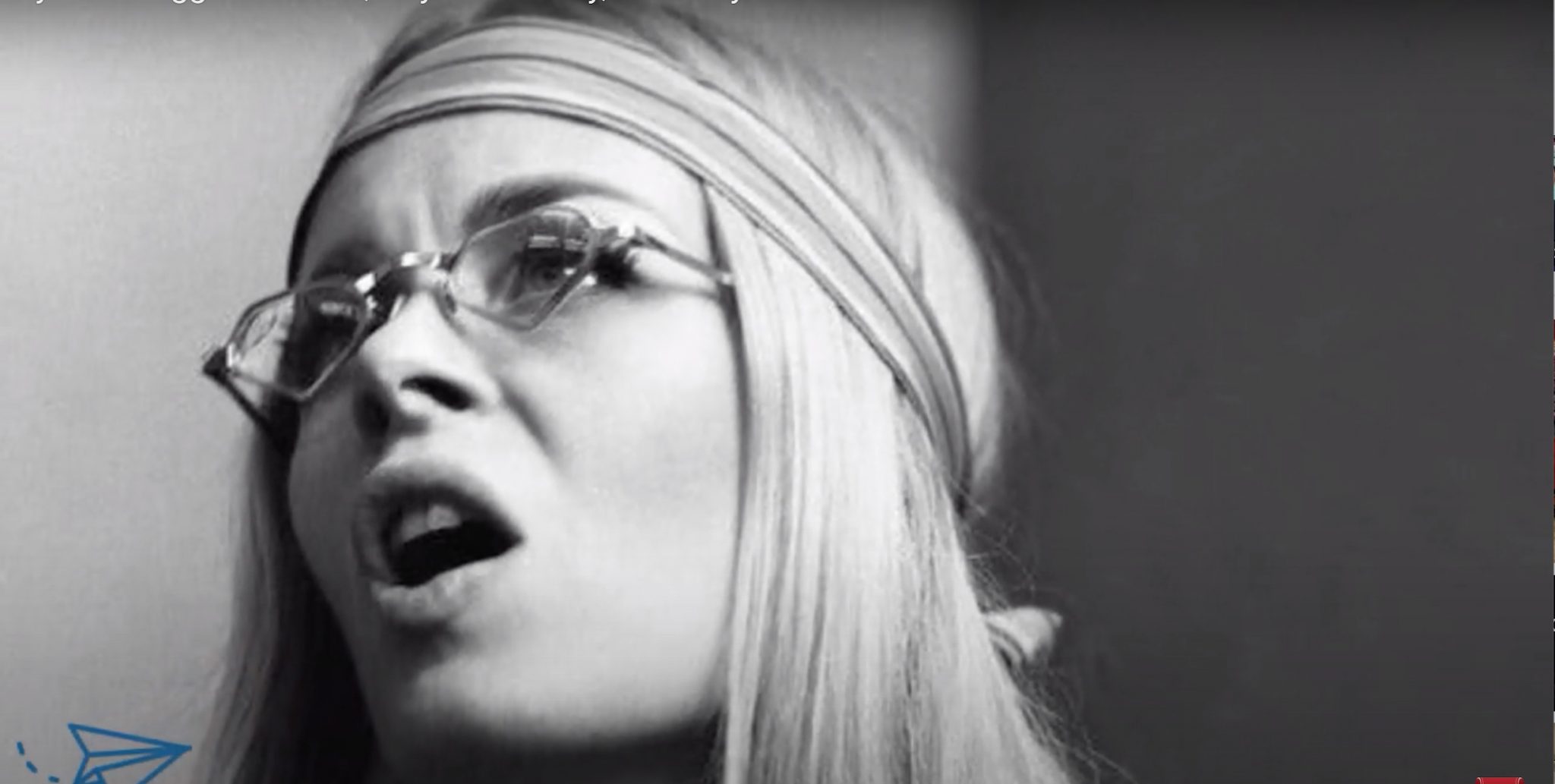 It was a beautiful day here today. I swam, went to my usual 12 Step Meeting, which we hold in our house and only have my wife and me as attendees. Then, I had a fine lunch and then worked on a Parler show with my pal Judah.

But I have been feeling extremely unwell in my spirit lately, dark and bent over and waiting for the lash.

Two reasons: First, Lynn Kellogg died. I first encountered Lynn in 1968, I believe. I had been down from Yale Law School to have interviews for a summer job at a fancy New York law firm called Coudert Brothers.

The interviews were unpleasant in the extreme. The partners had tiny little offices with drawings of sailboats. The partners basically said to me, “You would be happier at a Jewish law firm. We’re not your kind, and you’re not our kind.”

I would have argued with them, but they happened to have been totally right. It was not my kind of place, in that it was basically a factory with assembly line lawyers pretending to be Country Gentlemen. Not for me. My wife was waiting for me at a Mexican restaurant. We had a grim meal, musing on the anti-Semitism still very much present in New York law firms.

Then, we went to see a musical play called Hair at a nearby theater. It was about hippies in Greenwich Village, and I loved it. Just loved the life of the hippies and thought, “This is my life. Not the life at Coudert.”

The best voice in the show belonged to a young star named Lynn Kellogg. She was beautiful and had the voice of an angel. She sang some deeply moving songs, and then I went off into the New York night determined to be a hippie. I didn’t become a hippie, but I became a friend of Lynn Kellogg.

Both Lynn and I were active in the Right to Life Movement. We met many times after she left the cast of Hair, and I continued to be her fan and friend. Many years ago, she and her husband gave me a beautiful wristwatch that I still treasure.

Yesterday, out of the blue, I got an email that she had died quite suddenly of COVID plus leukemia. I felt as if I had been slammed on the head by an axe handle, and I still feel that way. She was a perfect Christian, just like my wife.

So I feel just awful about her.

Plus, I feel scared about Mr. Biden. Really scared. We elected a man we don’t even know. He has no platform. No program. We elected him just to be rid of Mr. Trump. But Mr. Trump was a great president. He was great for the economy, great for not starting any wars. Great for winding down the wars we are in. He was great for Israel and actually set the Mideast on the path to peace. And now he apparently is being kicked out for no good reason I can understand, just because the all-powerful media went to war against him.

I feel as if we are being led into a dark forest and then into a cave and we don’t know what’s in that cave. We do know that some of his fans are also fans of some major anti-Semites like Louis Farrakhan. I don’t want a president who is friends of friends of Louis Farrakhan. Why would anyone want friends like that?

The world is falling back into the evil days of open anti-Semitism and violence, and I fear that Mr. Biden just might be the drum major.