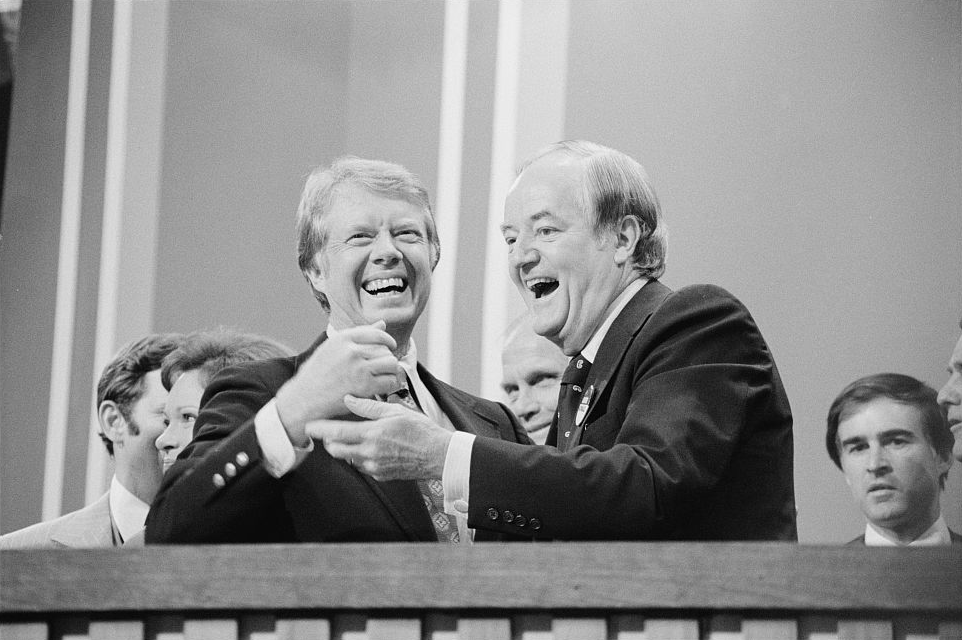 You might recall that nine years ago I wrote a book entitled The Death of Liberalism. It was an answer to Sam Tanenhaus’s suicidal 2009 book The Death of Conservatism. Sam’s book came out mere months before the conservative wave election of 2010. The liberals still have not gotten over the 2010 election. It pretty much eliminated an entire tier of promising liberal candidates. It also explains why the Democrats’ promising young candidates this time around were the likes of Beto O’Rourke — remember him? Or Eric Swalwell — remember him? And, of course, there was Kamala Harris, who dropped out of the presidential race before the primaries even began. Could any of these Young Turks have beaten Donald Trump in 2020? I doubt it. That is why the Democrats nominated 77-year-old Joe Biden, the guy who spent most of the campaign in his basement.

No, the Democrats still have failed to overcome their 2010 loss to the Republicans. Twenty-ten will be looked back on as a historic year in politics.

This year the Democrats’ victory had to rely on an old geezer consigned to his basement along with a sizable vote from the Never Trump crowd to win the presidency. I think the Never Trump crowd’s vote was a mistake, but we shall have to wait and see if I am right or not. Put another way, the liberals of 2010 have yet to overcome the conservatives of 2010. In fact, I as the author of The Death of Liberalism will go so far as to say that the 2022 election will see the conservatives flipping the House of Representatives with very few liberals in sight. The Democrats will field progressives and now socialists and perhaps even vegetarians in 2022, but hardly a liberal will be in seen. As the man said, liberalism is dead.

I am amazed to see supposedly informed commentators on politics write about such people as Congressgirl Alexandria Ocasio-Cortez, as liberals. Or the Democratic candidate for the Senate from Georgia, Jon Ossoff, being called a liberal. Congressgirl Ocasio-Cortez calls herself a progressive or perhaps when she is on home turf in the Bronx even a socialist. Ossoff calls himself a progressive. They are not liberals even if mainstream commentators long for the good old days of such true liberals as Hubert Humphrey and Adlai Stevenson. There are few liberals left. That explains why so many Democrats downballot were beaten this year. It is difficult to find a liberal left in the Democratic Party.

This should not be viewed as bad news for sensible Democrats. I would think it gives them something useful to do. Revive the term “liberal.” Take it for your own. Really, liberal is not as discredited a term as progressive or socialist or Marxist–Leninist. Point to your very own Ronald Reagan, that would be Franklin Delano Roosevelt, and say you are running in 2022 as a liberal, a Roosevelt liberal.

Moreover, you have a candidate who even knew Roosevelt — Joe Biden. Well, Joe is almost old enough to have known FDR. Joe, claim that as a little boy you met FDR while on a stamp collectors’ trip to Washington. Do not worry about details. You once claimed to be a coal miner, and besides in American schools today history is seldom taught. Few people will know. Joe, revive the term liberal for the Democratic Party and you will make history.

What is more, if Joe were to revive the term liberal it would put him squarely in the mainstream of the Democratic Party today. He would no longer have to be afraid of progressives or socialists or even Marxist–Leninists among the Democrats. He would be able to stress his Rooseveltian heritage. Not only that, but he could avail himself of a whole series of policies that other Democrats in their recent squabbles with Donald Trump have completely forgotten.

Consider these policies. How about reverting to the “mixed economy”? Yes, I know we already have a mixed economy, but Joe, mix it up some more. There are some Never Trumpers who can help you mix it up some more. The very definition of a Never Trumper is that he or she is pretty mixed up to begin with. And how about advocating “moderation” in foreign policy? Joe, if you are for nothing else you are for moderation. Finally, insist on being a Big Spender. You might even convince some Republicans on the need to spend more money that we do not have.

Joe, you are the one to revive liberalism in the Democratic Party. Go to it.