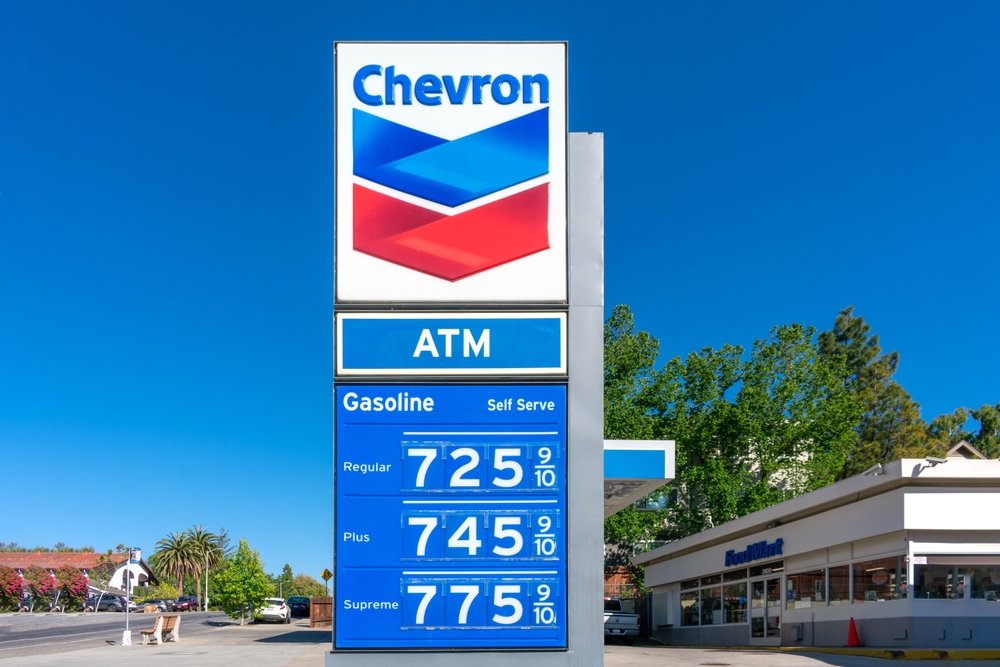 It was the worst of times a lot of other places, too — like in the supply chain, or in the baby formula aisle, or on the floor of the New York Stock Exchange, or in front of Supreme Court justices’ homes — but mainly we’re talking about the border and the gas pump, where it was — and still is — the worst of times.

But of these twin lodestars in the Biden galaxy of ineptitude, one crisis is being concealed by the powers that be, whereas everybody knows — and feels the effects of — the other.

During the Trump days, media stories about the border were news only for their anti-Trumpian propaganda value. The Wall was a magnet for outrage — hyperexpensive, environmentally insensitive, absurdly unkind to our southern neighbor — and media outlets blathered constantly about its alleged porosity. But there were also the “kids in cages” (a carryover from the Obama years) to report on, and the “zero tolerance” immigration program, and the “separating families” policy, all of which generated a nightly ration of news stories damaging to the president.

Occasionally the heralds of the Left screwed up, amusingly so. CNN’s Jim Acosta stood at the Wall and witnessed no migrant onslaught descending on the border and expressed surprise. Said Acosta: “Here are some of the steel slats that the president’s been talking about. But as we’re walking along here, we’re not seeing any kind of imminent danger. There are no migrants trying to rush toward this fence.” Could it be, Jim, because there is a fence? And Alexandria Ocasio-Cortez went down looking for cages packed butt to butt with suffering kids but seemed to find only a near-empty road worthy of her tears and doubled-over distress.

But, by and large, if it didn’t hurt Trump, it didn’t make it into the nightly 22 minutes.

Clearly, the Biden administration has no intention of solving the crisis on the border.

But now that their man is in the White House, the press’s obligatory coverage of the border comes bubble-wrapped in amelioration and exculpation. The president’s campaign promises alluding to open borders had no effect on the tsunami of illegals storming Del Rio and La Joya and Eagle Pass, we’re told. (Tell that to the migrants who showed up wearing “Biden, Please Let Us In” T-shirts.) The president’s halting Wall construction on Day One apparently did not hang a blinking “y’all come in” sign over the Rio Grande to illegals and drug cartels and smugglers and sex traffickers. The surges of illegal crossers are to be expected — the usual seasonal bump (it’s “cyclical”), you know, plus a backlog of migrants waiting out the pandemic.

Everything’s under control; nothing to see here. It took months of waffling before the administration could summon the sand to actually call it a “crisis” — it was a “challenge,” a “problem,” and, if there was a “crisis,” the crisis was not at the border itself but in Central America. (Remember the tussle to get the Left to utter the words “Islamic extremists” a few years ago?) We have a border czar, Kamala Harris, to handle this issue, and she will be digging down to expose that elusive bugaboo, “root causes,” at the source of the problem: the Northern Triangle, a somewhat nouveau designation for El Salvador, Guatemala, and Honduras. She’s visited the Northern Triangle and even made her way, three months after ascending to her czardom, to El Paso — 800 miles from the “action.”

The administration wouldn’t give Republican lawmakers who wanted to see firsthand a DEA migrant facility permission to do so. The FAA grounded camera drones flying over the Del Rio area, where over 10,000 Haitians huddled under a bridge.

We get stories on everything but the surge these days. One story told how Biden and team are going to make good on their pledge to discipline Border Patrol agents who had been exonerated of the blatantly untrue charge of whipping migrant Haitians; they were controlling their horses with split reins. On June 14, NBC News, on their website, had this headline: “Migrants are falling off Trump’s 30-foot steel border wall into the U.S. and going to the hospital.” The New York Times did a human-interest story in May on one of the administration’s “biggest challenges on immigration”: cramped conditions at the religious shelters in Nogales, Mexico, as migrants await relaxation of border policy. When an event demands coverage — 50 migrants suffocating in a truck in San Antonio, for example — the story, after brief front-page play, is soon buried as the press returns to Biden protection posture.

All of which deflects the real border story. The numbers of undocumented aliens arriving are astronomical, in the hundreds of thousands every month. May saw the highest number of Border Patrol encounters with immigrants ever faced in one month — 239,416. For fiscal year 2022, the count is over 1.5 million interactions with migrants. And that’s with Title 42 in place, the COVID-born policy allowing rapid expulsion of illegals that the Biden administration tried to terminate in May.

There always seems to be a new caravan of thousands moving toward the border, allured by Biden’s words from the campaign and later. Speaking in March 2021, Mexican president Andrés Manuel López Obrador (aka AMLO) said: “Expectations were created that with the Government of President Biden there would be a better treatment of migrants. And this has caused Central American migrants, and also from our country, wanting to cross the border thinking that it is easier to do so.” AMLO earlier said migrants see Biden “as the migrant president, and so many feel they are going to reach the United States.”

Deadly fentanyl is pouring across the border, harming and killing many Americans. The cartels have invested heavily in the coyote business, pulling in thousands of dollars per migrant, on the side hustle of shepherding illegals across the rapids. The president is stiffed by AMLO at the U.S.-hosted Summit of the Americas. Streams come across the river without masks or vaccines or boosters, but American citizens returning to their country are put through annoying COVID-reentry protocols.

Angie Wong of the New York Post followed migrants from their crossing in Texas to their eventual destination in the interior of the country. She reports:

Once the migrants are processed at the consolidation centers, they are given folders color-coded to the city of their destination. I saw folders with tickets to Houston, Atlanta, Newark and JFK. The folder also contains an airline ticket, a US passport-looking booklet, cash, prepaid credit cards, travel itineraries and an English translation page. The cover of the folder says in capital letters, “PLEASE HELP ME I DO NOT SPEAK ENGLISH. WHAT PLANE DO I NEED TO TAKE? THANK YOU FOR YOUR HELP” with a smiley face.

But it is at the destination city that this crisis of national sovereignty transmogrifies into a true humanitarian tragedy. Once there, the migrants’ “handlers” — from government-funded NGOs and churches — go missing, and, left with a date with immigration officials three or four weeks hence, the migrants are taken to a “safe house” by a “family member,” where the exploitation continues. Some of the houses, Wong reports, are run by gangs, others by landlords who receive government subsidies. Rent in the “decrepit, uninhabitable rooms” goes for $100 a day; a bottle of water, $2. “The NGO cash given to the migrants in the colored folders is immediately handed over to the host,” Wong writes. The migrants, already in deep hock to the cartels for the trip, work to pay off the cartel debt but, with ever-increasing living expenses, are looking at “the beginning of a life of servitude.”

After following them on their journey, Wong sums up the experience:

In just a few days, I watched dozens of people going through this same pantomime, and that’s just at one stop on the vast southern border. Thousands, no, millions have arrived during the president’s first year with millions more to come. The Biden administration know it’s happening. They just don’t care.

Clearly, the Biden administration has no intention of solving the crisis on the border — or even ameliorating it more than is absolutely necessary to get the rare few press hounds who care about this story out of their face. If they wanted to bring sanity to the border, they would do it. If they wanted to install an environment in which law and order reigned, they would institute that. If they wanted to alleviate the misery of the vulnerable millions inveigled by veiled entreaties into risking a dangerous journey and then a harrowing passage across a river, led by cruel, barbarous coyotes, they would try a little harder to make it stop.

The Left controls the presidency, the Senate, the House, the press, and Big Tech. They could do it if they wanted to.

One Crisis May Solve Another

If the border is “solved,” it will be because the other “worst of times” — the crisis of the gas pump — delivers the midterm election to the Republicans. And then a second red wave, two years later, sweeps the old man back to his Delaware basement and puts a Trump, a DeSantis, a Haley, a Pence, somebody with an “R” behind his or her name, in the Oval Office.

The border crisis can be pushed to the air of Fox News and Newsmax and to the pages of opinion journals and off the radar of the majority of mainstream-media-consuming Americans and become a germane issue only to those actually living on or near the border. But the price of gas — and inflation in general — will hit Americans of all stripes and persuasions in the face every time they stick the nozzle into their tanks or wait in a supermarket checkout line.

As Jesse Watters explained on Fox News’s The Five on Monday, suburban moms, a key demographic in the last few election cycles, drive on their appointed rounds and see numbers from $4.50 to $6.50 glaring at them from gas stations on every corner; they see grocery prices 10, 20, 30 percent higher than six months ago when they prowl the supermarket aisles.

They know, along with everyone else, that those soaring gas and grocery prices are the sole responsibility of an inept administration that will not do what needs to be done to fix, or even mitigate, those problems.

That crisis cannot be pushed off the news. That crisis is everyday life for the millions of voters who will cast a ballot this November.

And that crisis may lead to the resolution of the other crisis.