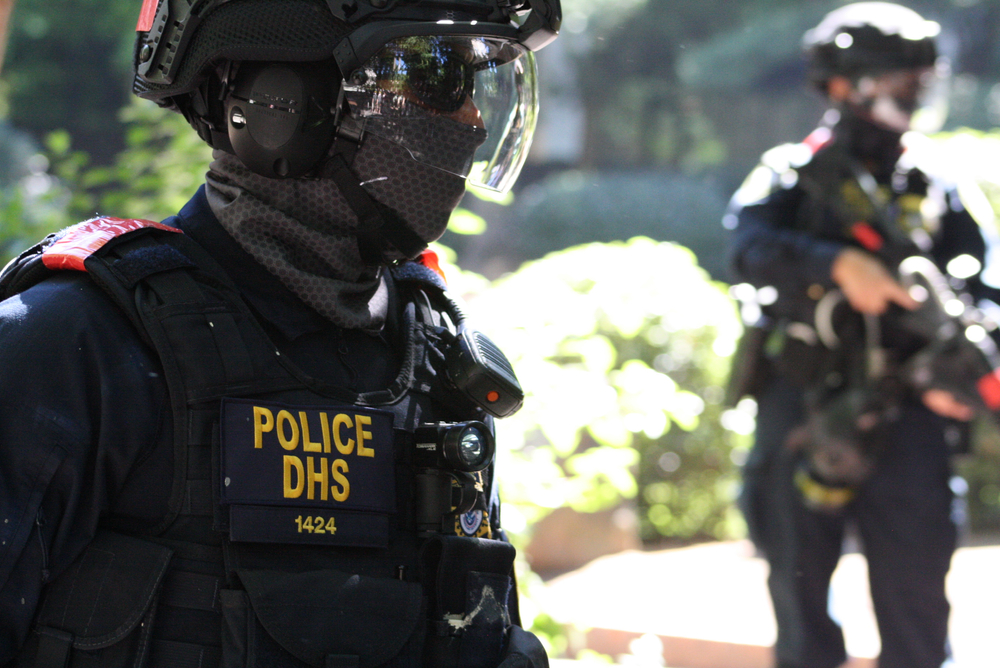 Ignore the Democratic outrage over the January 26 ruling in State of Texas v. the United States of America that granted Texas a restraining order enjoining the Biden administration from implementing a 100-day “pause” on deporting aliens already subject to a final removal order.

The ruling, by U.S. District Court Judge Drew B. Tipton, is correct for multiple reasons — not least being that Congress, in 8 U.S.C. 1231(a)(1)(A), commands that these individuals be removed within 90 days.

Our focus is on a different section of the same memorandum authorizing the illegal pause: the “Interim Civil Enforcement Guidelines.”

Going forward, only terrorists, folks apprehended while crossing the border, and aliens convicted of an “aggravated felony” merit enforcement priority.

Although these are interim guidelines, they represent a remarkable narrowing of the agency’s priority categories, suggesting that Biden’s Department of Homeland Security (DHS) will adopt a non-enforcement posture.

For perspective, even after Obama’s DHS changed its enforcement priorities under pressure from left-wing groups, it still prioritized many misdemeanants and felons whose convictions didn’t constitute aggravated felonies, as well as visa abusers and other immigration violators.

Some background on the term “aggravated felony”: Though Congress has defined it fairly broadly (see 8 U.S.C. §1101(a)(43)), many crimes fall outside its ambit. DUIs aren’t aggravated felonies — even if they result in serious injuries. Many lower-level drug, assault, and theft offenses don’t count, either.

Moreover, the memorandum also provides that DHS must specifically determine that the aggravated felon alien constitutes a public safety threat — a finding required by no prior administration.

We need to back up for a moment. An aggravated felony conviction is one of the grounds by which any alien can be deported — including millions who enjoy a conditional right to reside in the country, like permanent residents.

Many enforcement actions, however, involve folks who are illegally present — who are deportable at will. There is no injustice in deporting these people if they commit a crime, even if a “minor” one.

But make no mistake. Biden’s DHS is going to allow a greater number of serious public safety threats to remain in the country. The reason is simple: Democrats have come to embrace sanctuary city policies.

Here’s how those policies work. Suppose local police arrest someone for sexual assault (though it could be any crime). Biometric data is shared with the FBI, which provides it to DHS and its subagency, ICE.

Now, if ICE determines that the suspect is a removable alien, it sends the jail a “detainer,” requesting a 48-hour hold and advance notice of his release — allowing agents to obtain custody.

In a sanctuary city, officials have told the jail to ignore the detainer. So the suspect is released, free to reoffend. Sadly, many deportable aliens shielded by sanctuary policies have gone on to victimize others.

There’s no space here to address all of the misleading claims and outright lies Jaddou’s outfit makes regarding sanctuary cities. But let’s look at a few.

Contrary to “America’s Voice,” it is not unconstitutional for a removable alien, already in custody on a criminal charge, to be held for an additional 48 hours so that ICE can grab him. Nothing in the Constitution or immigration law requires ICE to get a judicial warrant. The opposite is in fact true.

As the Supreme Court observed in Abel v. U.S., a 1960 case, “statutes providing for deportation have ordinarily authorized the arrest of deportable aliens by order of an executive official.”

Abel was duly noted by the Fifth Circuit Court of Appeals in its 2017 City of El Cenizo v. Texas decision. Turning back an ACLU challenge to a Texas law that bars municipalities from enacting sanctuary city policies, the court rejected the argument that a judicial warrant is needed to hold a removable alien.

Speaking of the ACLU, one of its own activists, Andrea Flores, is also on Biden’s DHS review team.

Let’s return to detainers for a moment. Note that sanctuary cities don’t merely refuse to hold a suspect for ICE. They won’t even notify agents prior to his release — thwarting ICE from getting to the jail at or before such time.

“[I]f the case is serious,” says “America’s Voice,” “police can keep [the suspect] in jail by filing charges” — rich coming from the same group that backs no-bail measures and other rules that put dangerous criminals back on the streets.

When a previously deported felon (or misdemeanant) illegally reenters the U.S. and gets arrested on a new criminal offense (this happens all the time), it’s the government’s job to remove this person. It need not await resolution of the latest offense.

Sanctuary polices allow criminal illegal immigrants to avoid deportation, yet Democrats insist that sanctuary cities are safer. Sanctuary policies, they say, allow innocent victims and witnesses to cooperate with police, secure in the knowledge they won’t get deported for doing so.

Two words: the first is “bull,” and the reader’s imagination will provide the second. No sanctuary policy is needed for local law enforcement to signal to otherwise law-abiding illegal immigrants that they can safely work with police.

In fact, sanctuary policies can stoke fear in some immigrant communities. Instead of picking up suspects at the local jail, immigration authorities must venture into the community, where they may interact with removable aliens who aren’t enforcement targets.

The truth is that liberal elites have turned against immigration enforcement. The whole point of the sanctuary city movement is to stop as many deportations as possible.

Biden’s DHS is likely to go with the flow, allowing more public safety threats to remain at large.

Naturally, those of us who complain will be called racists and xenophobes. In Biden’s America, that’s what Democrats call “unity.”