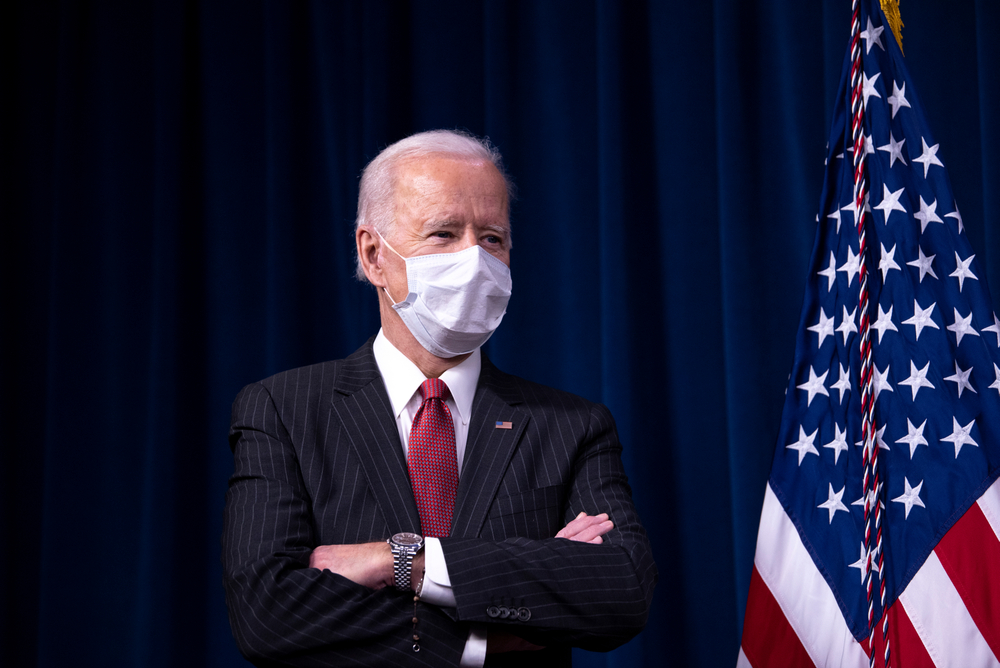 Joe Biden’s presidency is engulfed in a border crisis, a mushrooming mess that has revealed his inability to discharge one of the most fundamental duties of his office. One would think this might figure into any evaluation of his first 100 days as president. But it hasn’t. The media is giving Biden absurdly high marks for his performance, largely out of gratitude for his reversals of Trump’s policies.

Even though the media sold Biden as a moderate, it thoroughly approves of his ambition to be the “most progressive president” ever. In his first 100 days, he has made a number of down payments on that promise. Only his botched handling of border issues has caused him to hesitate in this progressive agenda. Last week, he considered, for a moment, maintaining Trump’s cap on the number of refugees flowing into the country. But he quickly abandoned that consideration after his left-wing puppet masters yanked on his strings. Woke Democrats howled in protest, and Biden reversed his reversal. So much for presidential leadership. It was a pitiful moment, providing a classic illustration of Biden’s status as a captive of the far Left.

Biden’s America measures progress not by growing adherence to its founding principles but by contemptuous departures from them.

Biden could have struck a blow for common sense, but he chose instead to pander to the America Last lobby of his party. AOC and company routinely put the interests of foreigners ahead of Americans and call that progress. Biden’s deference to that delusion makes it impossible for him to fulfill his presidential duties. If the Republicans recapture the House of Representatives in 2022, that will be due in no small part to Biden’s ideological frivolity on border issues. An insecure border is bad policy and bad politics, and a president in the end is judged on whether or not he executes the essential functions of the federal government.

Reflecting the weakness of his party, Biden shirks those essential functions for extraneous ones. Instead of sealing the border, his administration indulges in petty wokeness. Shortly after Biden reversed his reversal on the refugee cap, his administration announced that it would henceforth use “inclusive language” to describe illegal immigrants. This shift in language mirrors Biden’s own evolving rhetoric. In recent years, he has referred to illegal immigrants as “already Americans.”

The more the Biden administration wallows in wokeness, the more the media celebrates it. By blending the liberalism of the Obama years with the radicalism of the new Democratic Party, Biden is giving the chattering class more than it expected. Reporters barely shrug at the outrageous musings of Biden officials, such as UN ambassador Linda Thomas-Greenfield’s remark that “the original sin of slavery weaved white supremacy into our founding documents and principles.” That would have come as news to Abraham Lincoln, who said in the Gettysburg Address that “our fathers brought forth upon this continent a new nation, conceived in liberty, and dedicated to the proposition that all men are created equal.” That we have gone from those words to the poisonous propaganda of critical race theory at the highest levels of American government — from America’s chief diplomat to the UN, no less — gives one a glimpse of the fundamentally transformed America of Biden’s imagination. It is an America that measures progress not by growing adherence to its founding principles but by contemptuous departures from them.

By describing the Constitution as a document of white supremacy, Biden officials can justify their own infidelity to it. In the name of “equity,” they can trespass its limits and change its meaning. Biden’s plans to pack the Supreme Court rest in large part on that sense of entitlement. In pursuit of a “living Constitution” that trumps the real one, Biden seeks to expand the power of the judiciary. He needs more liberal activists on the high court to circumvent the pesky resistance of the people. If Biden succeeds in this scheme, what Lincoln called “government of the people, by the people, and for the people” is doomed. It will perish under judicial despots for whom the advance of “rights” requires the suppression of democracy.

Biden’s hostility to the First and Second Amendments has been on open display during his first 100 days. Obama famously dismissed “bitter” Americans who cling to their God and guns out of economic frustration. Biden, following in Obama’s footsteps, seeks to wean Americans off religious freedom and gun rights. They are “not absolute,” in his view. Only the expansion of the federal government is guaranteed under Biden. Karl Marx predicted that the “opiate” of religion would dissipate as government grew. Today’s progressives still harbor that hope. In his quest to exceed the liberalism of FDR and LBJ, Biden is peddling a progressivism that seeks to shrink traditional liberties while enlarging government, except where it counts, at the border. This agenda, of course, meets with the press’s approval, but for the people it will soon pall.