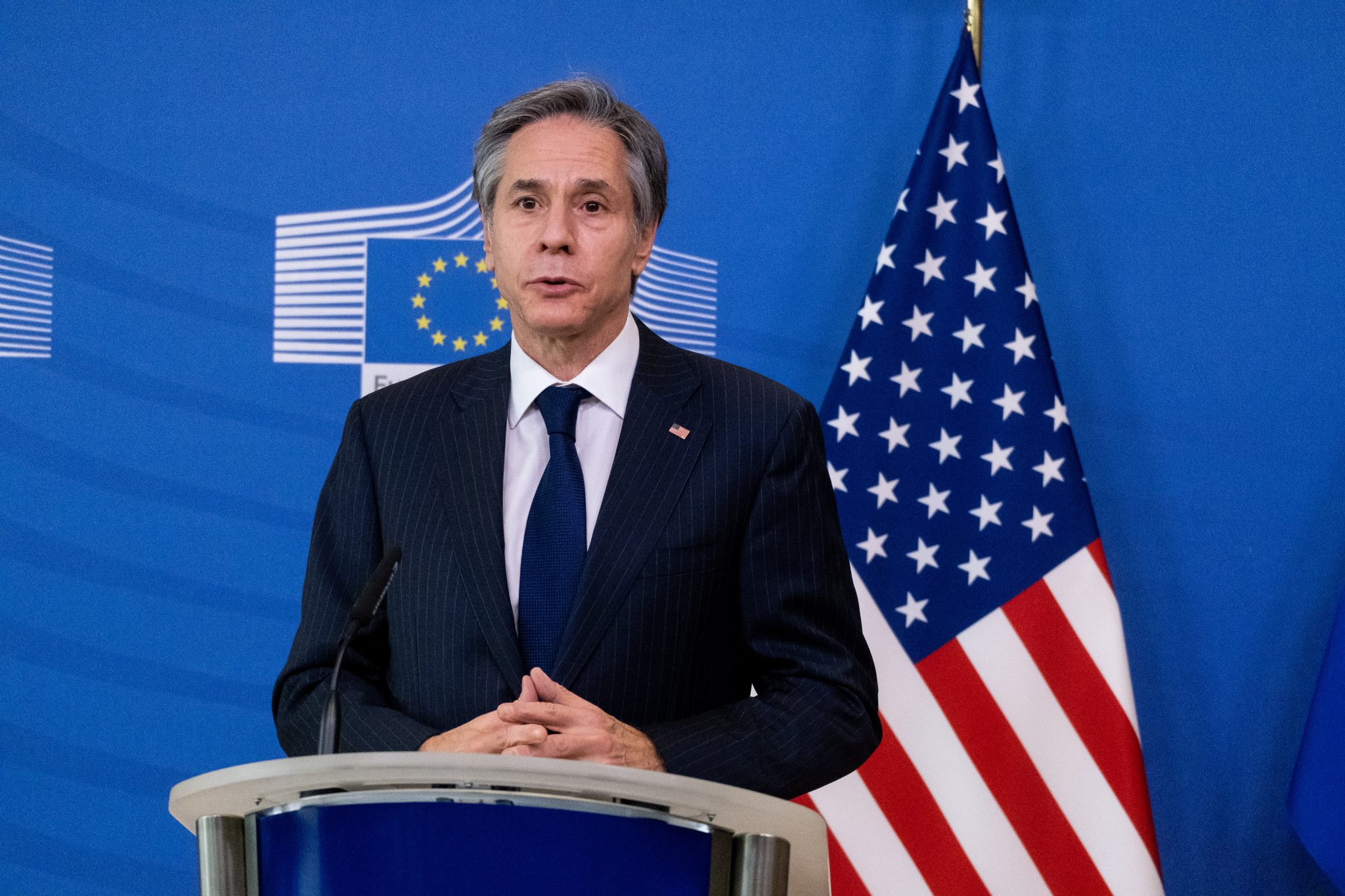 One of the marks of modern liberalism is its tendency to promote invented rights while denying real ones. As the Founding Fathers argued, rights derive not from government but from God, and the test of the legitimacy of a government is whether or not it respects those God-given rights. Modern liberalism’s conception of rights rests on a far different philosophy, one that has its source not in God but in the caprice of central planners, government bureaucrats, overreaching judges, and globalist ideologues. The Biden administration is drawing upon this conception of rights. Its spokesmen sound less like the Founding Fathers than the French Revolutionaries, for whom the “rights of man” did not mean God-given rights.

Rejecting his predecessor’s emphasis on religious freedom, Antony Blinken, Biden’s secretary of state, recently said that “there is no hierarchy that makes some rights more important than others.” It was a telling comment, and a dishonest one, for in the course of his remarks Blinken made it clear that liberalism’s invented rights would take precedence over God-given ones. The point of Blinken’s speech was not to reject a hierarchy of rights but to assert a new and skewed one.

The Trump administration opposed abortion and supported religious freedom. The Biden administration supports abortion and opposes religious freedom. Blinken was announcing this reversal and putting pro-life countries on notice. In a measure of his distorted view of rights, he told them that he intends to place them on a list of human rights violators for daring to protect unborn life. He said that “we are restoring the practice” of including those countries on the State Department’s list of human rights violators, since “women’s rights – including sexual and reproductive rights — are human rights.”

If rights originate not in God but in government, all manner of coercion becomes possible.

This is an extraordinary act of arrogance. Those who deny human rights to unborn children are in no position to claim a monopoly on human rights. Perhaps those pro-life countries should put Biden’s America on their own lists of human rights violators. Such is Biden’s commitment to abortion that his administration has now authorized the purchase of abortifacients through the mail.

Under Biden’s hierarchy of rights, the most foundational one, the right to life, doesn’t even exist. Yet all other rights presuppose that right. Biden’s blithe disregard of the right to life makes his credibility as a defender of all other rights suspect. In his recent statement that the amendments contained within the Bill of Rights are “not absolute,” he revealed more than he realized. Under his philosophy of rights, government can grant rights and take them away. But if rights exist prior to government and come from God, they are untouchable.

The more fundamental the rights, the less willing the Biden administration is to defend them. It won’t defend religious freedom at home or abroad — Blinken called the Trump administration’s focus on religious freedom “unbalanced” — but it will fight for the spread of transgenderism across the world. The promotion of that agenda, according to Blinken, constitutes a “priority” of our foreign policy. Biden treats transgenderism, a wholly fabricated “right,” as absolute, while casting the gun owner’s right to self-defense as expendable.

Blinken says that human rights are “interdependent” and gives this as an example: “If you’re denied equal access to a job or an education because of the color of your skin or your gender identity, how can you attain health and well-being for yourself and your family?” Notice how he casually lumps transgenderism into the illustration, which only serves to trivialize his conception of rights.

It is not the Trump administration that appears unbalanced. Biden’s State Department is far odder, jettisoning America First policies for the boutique causes of the woke Left. One would think tyranny, not transgenderism, might absorb Blinken’s attention. But here too Biden’s corrupted philosophy of rights inhibits sound policies at the State Department. Biden once said that he “fully understands” China’s brutal eugenics policy. Owing to his own support for abortion, Biden is loath to condemn China’s repressive abortion practices.

Similarly, Biden’s own dim view of religious freedom leads him to overlook violations of religious freedom abroad. After all, how can he lecture China on its mistreatment of Christians as he plans to mistreat Christians himself at home? The coercion underlying China’s policies differs in degree but not in kind from the coercion contained within Biden’s planned anti-Christian agenda. Should Biden succeed in enacting his “Equality Act,” for example, Christian doctors in America will find themselves under pressure to perform gender reassignment surgeries. Only by perverting the concept of rights could Biden justify such an encroachment upon religious freedom.

If rights originate not in God but in government, all manner of coercion becomes possible. If government can invent rights, it can force everyone to fulfill them. In Blinken’s breezy dismissal of religious freedom and promotion of abortion, one sees yet another step toward that tyranny.