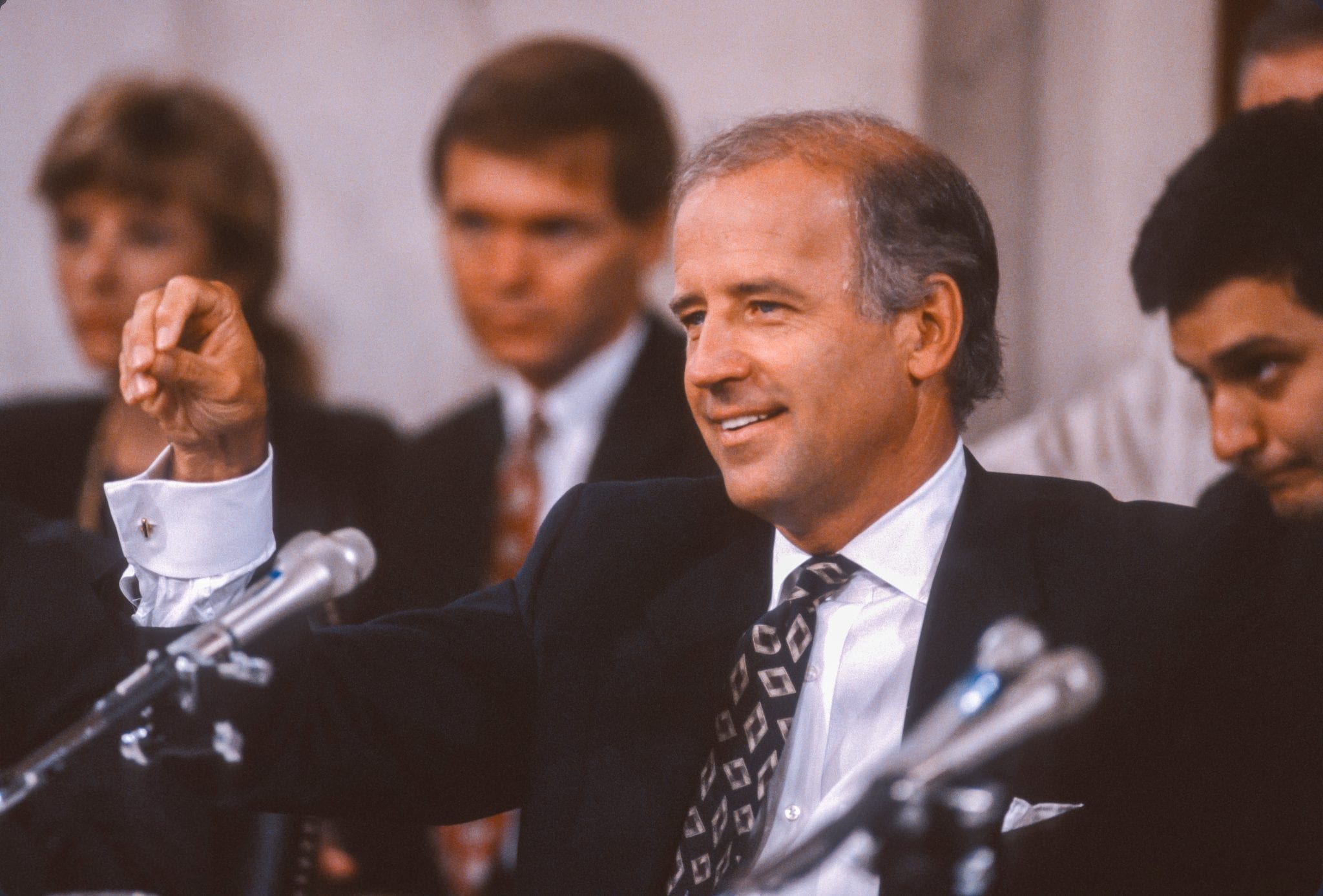 Earlier this month, the former vice president abandoned his decadeslong support for the Hyde Amendment, a middle-ground measure that bans federal funding for most abortions. It was a reversal that showed Biden could be pushed into a progressive corner that demands choice for women who want abortions and denies it to those who do not want to bankroll a procedure that goes against their deeply held beliefs.

“I do not think it is good public policy, and I wish we never had a Hyde Amendment, but it is the law of the land right now,” House Speaker Nancy Pelosi said last week. No lie. Her own House passed a budget that included the Hyde Amendment without a single Republican vote — because they want the measure to pass the Senate. Thus, Biden’s position change puts him to the left of House Democrats.

So now, lest he walk back too many of his longtime planks and turn his entrance into the Democratic primary into a full-blown apology tour, Biden, 76, stuck with his rhetoric at a high-ticket fundraiser Tuesday night in New York. There, he waxed about the good old days in the Senate when the august body got things done.

In that spirit, he praised two racist segregationist senators — the late James Eastland of Mississippi and Herman Talmadge of Georgia — because “at least there was some civility” and commitment to get things done.

On the one hand, Democratic presidential hopefuls who pounced on Biden reflect the expectation in the progressive left that every politician enter the arena as pure as a virgin, untainted by the assumptions prevalent in the communities and eras in which they grew up — unless he or she grew up in a commune. In their world view, there is no such thing as people evolving. There are only good people (themselves) and bad people (those who disagree with them).

Hence, they are happy to turn reflecting the values of America in the 1970s and 1980s into a capital offense for public officeholders. That’s no way to win at the ballot box.

When Sen. Cory Booker, D-N.J., suggested Biden should apologize, Biden responded, “Apologize for what?” And: “There’s not a racist bone in my body.” (He sounded a lot like President Donald Trump saying he’s “the least racist person you’ve ever met.”) Biden added: “I’ve been involved in civil rights my whole career. Period, period, period.”

The Washington Post undercut that claim Friday with a story about Biden’s alliance with Eastland when Biden was a freshman senator who opposed court-ordered desegregation and busing.

On the issue of busing, I happen to agree with Biden. I saw busing fail the black students who were bused to my white suburban public school district in the 1960s. It was a well-intended but cruelly ineffective policy that put adolescents in buses for hours every day so that they could attend classes for which they were unprepared, through no fault of their own.

I don’t think Biden could voice a like viewpoint in this 2020 primary.

That said, then-Sen. Barack Obama surely was aware of Biden’s warts, and still he chose the Delaware Democrat to be his running mate. To the casual voter, a Democrat tossing out the racist charge against the vice president to the country’s first African-American president has to appear completely over-the-top.

Here’s another odd element in Biden talking fondly of hardcore Southern Democratic segregationists as great examples of civil legislators. The problem in politics today, Biden said, is, “You look at the other side and you’re the enemy. Not the opposition, the enemy. We don’t talk to each other anymore.” If his point is that he can work across the aisle, Biden should have named actual Republicans, not Eastland and Talmadge, who were Democrats.

Instead, Biden spoke as if his brain had airbrushed the D’s after the senators’ names. Likewise, MSNBC’s Kasie Hunt described Biden’s favorable remarks about “two former Republican colleagues.” She later corrected the record.

Sen. Kirsten Gillibrand offered she didn’t think Biden “should be bragging about working on a bipartisan basis with segregationists.” But it wasn’t bipartisan. It was one party working with itself — like all of Washington today.