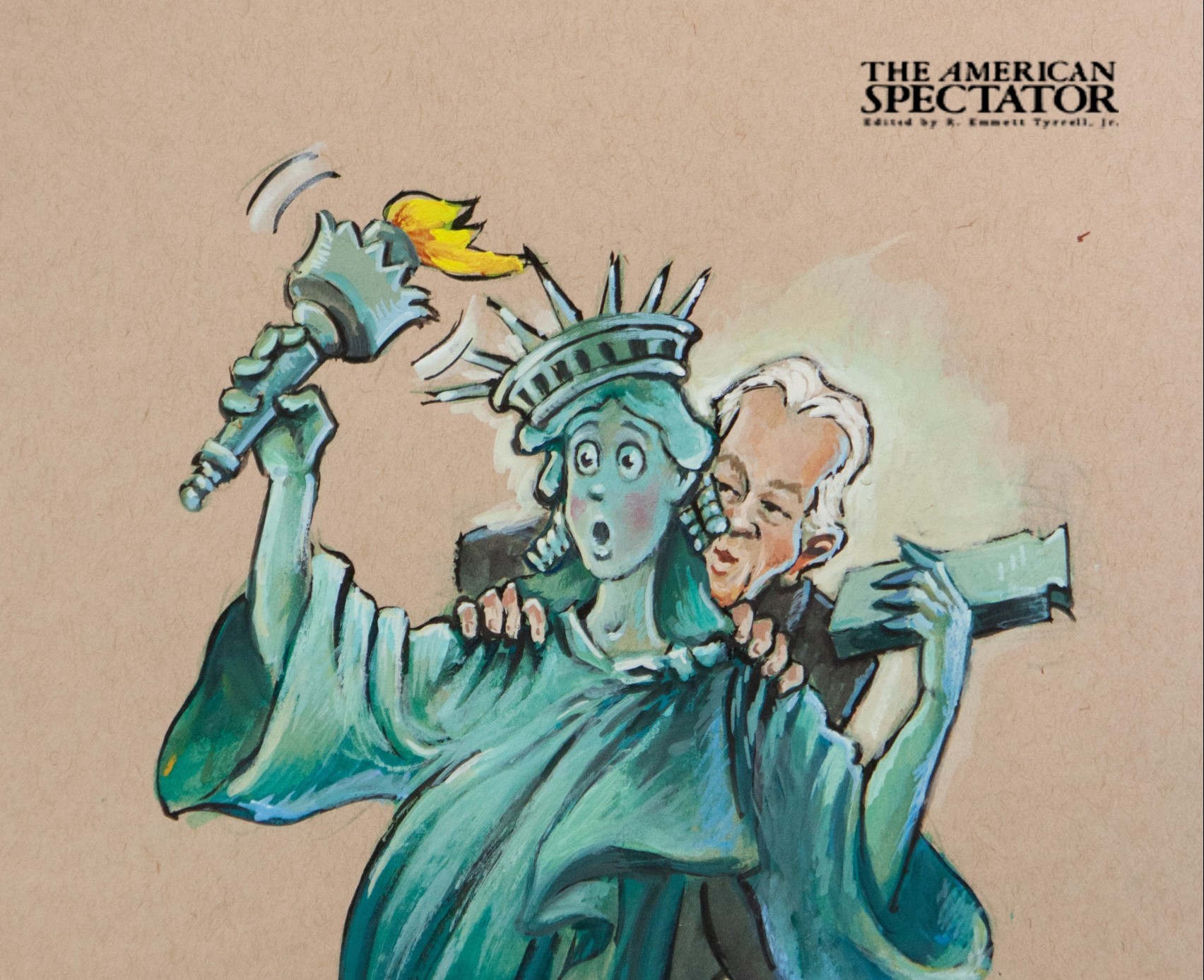 Maybe in selecting Joe Biden as his running mate, Barack Obama was just setting us up. Think back to the glory of 2008. Did Obama ever once display serious respect for the clownish, graying, and malapropish senator from the great state of Scranton? (I remember when he once referred to us as the “American Specter.”) Given all the anti-Western signals the supremely cocky Obama liked to send out, it was as if his choice of Joe was intended to speed the demise of Average Joe America, sort of the way TV commercials were already doing in their depictions of hapless white male shlubs. Joe was Obama’s useful idiot.

In his eight years as veep, Joe gave us no reason to think otherwise, except maybe during his vice-presidential debate in 2012 with Paul Ryan, who had his breakfast, lunch, and dinner handed to him. The doofus sure had a mean streak.

Conservatives failed to pay attention. They just assumed Ryan was fighting with one if not both hands tied behind his back by the strange man on whose ticket he was serving. Or maybe eight years later they just plumb forgot that Joe is above all a political bully who pretends he likes to smile and play the tough guy when boasting of his anti-Trump credentials.

Next thing you know conservatives were misunderestimating him (sorry, Dubya), reassuring themselves throughout the lockdown campaign of 2020 that they were up against a senile, demented wreck of a man. So that essentially has been their policy, waiting for the oldest president in our history to keel over.

But neither life nor politics is that simple. Joe, never the brightest bulb in the room, doesn’t need all that many IQ points to function. As long as his eyes can read from a teleprompter, he can cover the basics, even deliver the equivalent of a State of the Union speech. It is amazing what a feral nature can accomplish, particularly in a media climate that always gives him a free pass — and, at this point, blind adoration. Late in his political career, a mediocre pol has become an untouchable.

Joe understands the deal. He does what his greedy party demands. Thus he equates conservatives and Republicans with terrorists, Jim Crow supporters, and white supremacists, for starters, and serves as the front man in an unprecedented effort to effect a total remake of America’s economy and inflate our trillion-dollar deficits into the quadrillions. The immediate and not just ultimate goal is to secure one-party rule, all in the name of democracy and destroying the threats an opposition party poses to it. Opposition to anything Democrats propose is now by definition a threat to democracy.

How did we become a land of Leninists, led by this excuse of a president? My mind goes back to the moment when Biden, two years after the Obama presidency, openly bragged to a Council of Foreign Relations audience about the delight he took in forcing the Ukrainian government to fire a prosecutor looking into the operations of a big-time Ukrainian energy company — the same company, we later learned, that had signed Biden’s son to an utterly corrupt deal.

This entire episode, and there are many like it, has in no way been disqualifying. To the contrary. That’s when you know that corruption has taken the upper hand: politically, intellectually, culturally, institutionally. I do not know how we get out of it, only that Joe Biden is a hero of his times.

Wouldn’t you know it — after all these years he is the one we’ve been waiting for.