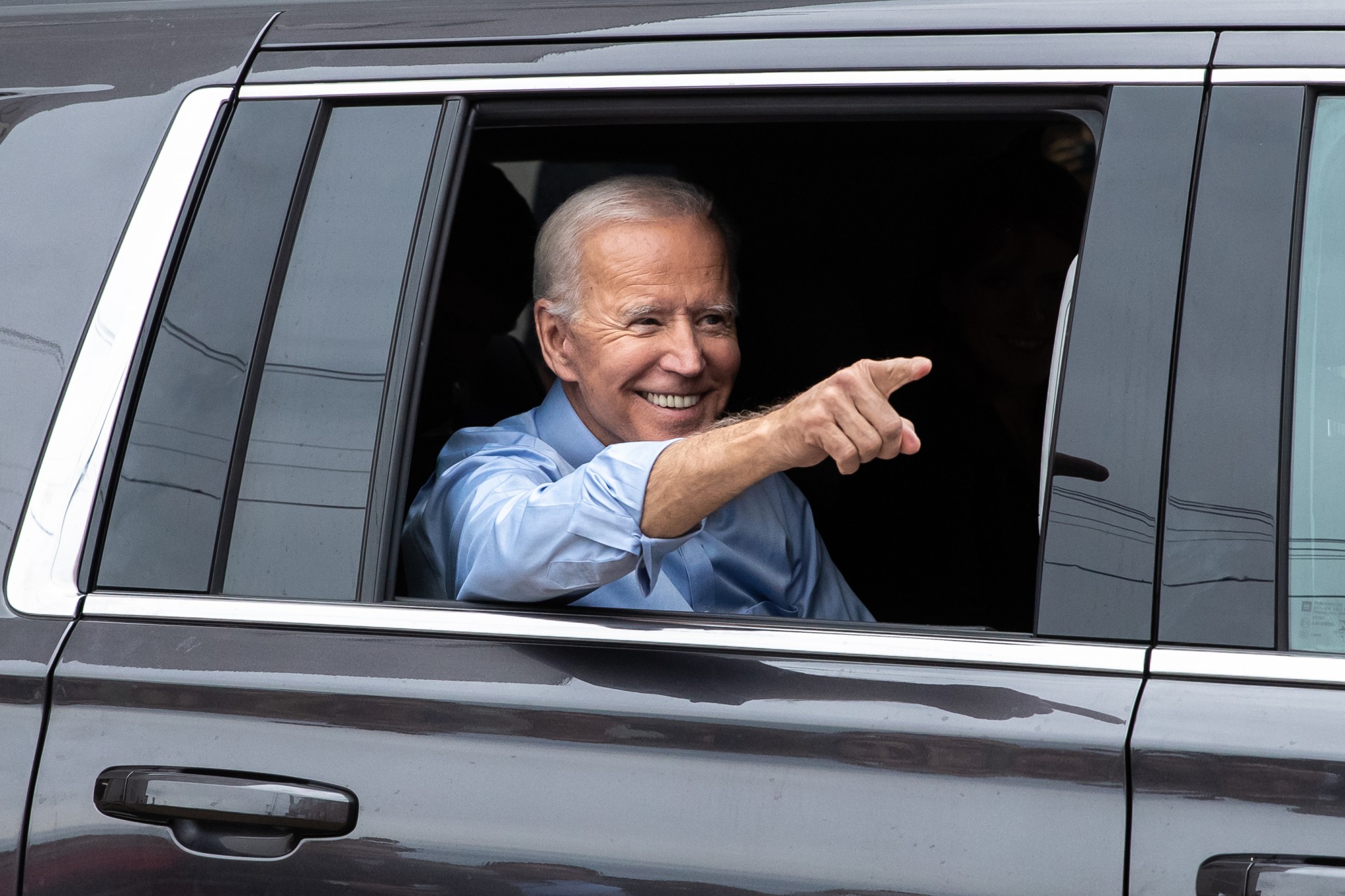 Joe Biden started out with a bang. In the first 100 days of his presidency, he and his administration climbed aboard the progressive bandwagon and embarked on a wild ride, pushing three multi-trillion-dollar spending bills. Then, on the Friday before Memorial Day, the president proposed a $6 trillion budget for the new fiscal year beginning October 1, up $2 trillion from the pre-pandemic annual federal budget of $4 trillion.

But why? With the pandemic receding due to vaccinations, businesses could not find and hire workers fast enough to keep up with rapidly rising demand. Consumers were flush with cash. The economy was already in the midst of a robust recovery. As a share of GDP, federal debt is now expected to rise to 110 percent in 2021, up from 79 percent in 2019. Why dig ever deeper into debt?

The opening chapter of this presidency recalls the story of three scientists trading ideas at the bottom of a deep well. The physicist is forced to admit that none of the laws of physics will lift them to safety. The engineer is stumped in having no tools to work with. Only the economist is undaunted. “Gentlemen,” he says, “let’s begin with the assumption that we have a ladder.”

First is the so-called “modern monetary theory.” This is the assumed but nonexistent fiscal ladder — the idea that a government can borrow and spend its way to much greater prosperity. The unspoken motto of the new administration seems to be: “The debts of our children and grandchildren will set us free.”

A second assumption is the false idea that a planned economy will outdo free enterprise in making optimal use of science and technology. This is the old and thoroughly discredited claim of “scientific socialism.”

Third is the deeply dispiriting view that now is the time for the government to come to the aid of a new and less self-reliant breed of Americans — with a massive enlargement of the welfare state that ignores the centrality of work. Are we as a country saying good-bye to the American dream of upward mobility and building a better life for self and family through hard work and individual striving?

The fourth and final ladder-to-nowhere-good is the pernicious idea that America is a “systemically racist” and oppressive country, and has been so from the earliest colonial days right up to the present moment. According to this thesis, after more than 400 years of wrong thinking, there is a pressing need for major social re-engineering and re-education, and it should be conducted by far-left ideologues.

Let’s take a closer look at how these misguided assumptions have shaped the administration’s policies in its first few months in office.

Going for Broke on Climate Change

In a remarkable turnaround accomplished over the last decade and a half, the United States went from being energy short to energy rich and surpassed Saudi Arabia and Russia in 2018 to become the world’s largest producer of both oil and natural gas. The people who led this energy revolution — known as fracking — were mostly small, wildcat operators using horizontal drilling to fracture shale rock and unlock vast reserves of oil and gas. Their pioneering work lowered gasoline prices, reduced utility bills, and created millions of jobs. This revolution was largely responsible for the United States recording a 12 percent-plus reduction in CO2 emissions due to a major switch from coal to lower-cost, cleaner-burning gas in producing electricity.

Under his leadership, President Biden believes we can do much better than that in the next decade and a half. Calling climate change an “existential challenge,” he wants his administration to spearhead the total decarbonization of the American economy, meaning the elimination of fossil fuels.

As originally set out in the $2.3 trillion American Jobs Act (also known as the infrastructure bill or what could also be called the climate change bill), the administration has set out to rebuild the entire electrical grid between now and 2035 — to produce “100 percent carbon-free electricity” and to set the stage for net-zero CO2 emissions from all sources by 2050, including cars, trucks, tractors, and other vehicles — presumably including even jet aircraft.

But are those goals possible or even desirable? And to what end is the effort being made?

The last question is posed because the United States is not operating in a vacuum; there is a big international component. According to a 2019 World Economic Forum report in 2019, the U.S. share of global carbon emissions has plummeted (from more than 60 percent in 1950 to 15 percent in 2016), while China’s share skyrocketed from zero or low single digits to 29 percent in 2016, or almost double the U.S. share.

Where does this leave us? Under the Biden plan, we will fire bullets into our own feet while our primary commercial and geopolitical rival on the world stage outpaces us in both economic and military growth. While we handcuff ourselves with save-the-planet climate goals, China aims for economic and strategic preeminence.

That is not the only problem with the omnibus climate/jobs/infrastructure bill. Wind and solar energy have been lavishly subsidized for decades. Still, they only account for about 11 percent of America’s electrical generation, and their actual role is much less than that, because they are intermittent. Does anyone seriously think they can quickly replace gas and coal as the primary sources for 60 percent of electrical power generation and be anywhere close to being equally as cheap, reliable, and easy to use?

Even more egregiously, the [plan’s] prevailing wage, project labor agreement, and [other] provisions are a huge giveaway to unions that would likely raise costs, reduce growth, tilt the playing field, and overturn the will of voters in states that passed right-to-work laws to safeguard worker freedom. The practical effect of these measures will be to reduce the number of infrastructure projects that can get completed for a given amount of spending.

Here’s the simple truth: The Biden plan is not based on science, or any credible cost-benefit analysis. It is wishful thinking and hoping for miracles to happen. Miracles did happen during the fracking revolution, but they won’t happen under this plan. “Always and everywhere” — to borrow a well-known Milton Friedman expression — excessive government and central planning impede true risk-taking and innovation. They get in the way of true breakthroughs in science, technology, and human creativity and adaptability.

As another one of the administration’s multi-trillion-dollar spending plans, the American Families Act would extend dependence on government — and control by government — more deeply than ever into family life and the workplace. It includes a host of new entitlements: two years of “universal pre-school,” free childcare for toddlers, two free years of community college, and government-paid family and medical leave.

All this goes far beyond the long-established core functions of government. In that sense, it is more of the same — more of the same growth of the welfare state that has been going on ever since the late 1960s. Only this time it is much, much more, all at once. That’s why it is so destructive. How can you expect people to work with you if you pay them more and more money for not working?

Over many decades, the far left in this country has repeatedly tried and failed to sell other Americans on the concept of “class struggle,” the central tenet in Karl Marx’s philosophy. These efforts have failed simply because the American experience has abounded with rags-to-riches stories of people who have succeeded through hard work and perseverance. Enter now critical race theory, which has put a new veneer on an old and discredited ideology by placing racial conflict at the forefront of supposed class struggle. This theory pillories capitalism as a manifestation of “whiteness,” and it propagates the falsehood that America has always been — and remains today — a deeply racist country. In a growing number of schools across the nation, activist teachers drill home the message that the last best hope for America is the abolition of “predatory” capitalism and the adoption of a more “enlightened” economic system that would make good on the old Marxian promise of “from each according to his ability and to each according to his needs.” While preaching the equal sharing of abundance, left-wing dictatorships succeed in practice only at delivering abject misery.

Best Hope for the American Future: Strong and Growing Pushback

Under the influence of the illiberal left, the new administration has traveled some distance down the road to the kind of thought control that George Orwell described in 1984. There is still time for the administration to call off the dogs of ideological warfare and go back to approaching the task of government in a spirit of compromise and respect for the opinions of others. That would mark a return to real “normalcy.” But what if that doesn’t happen?

We have already seen growing signs of pushback with people becoming more concerned about shortages of many goods, signs of inflation, and the durability of the recovery under the new administration. There are growing worries as well about the baleful impact of critical race theory across the entire educational system — from kindergarten through Ph.D. programs.

The gathering opposition to the excesses of the progressive agenda is a reason for real hope that change is coming.

In the battle of ideas, tomorrow is more than another day; it is today’s battlefield.