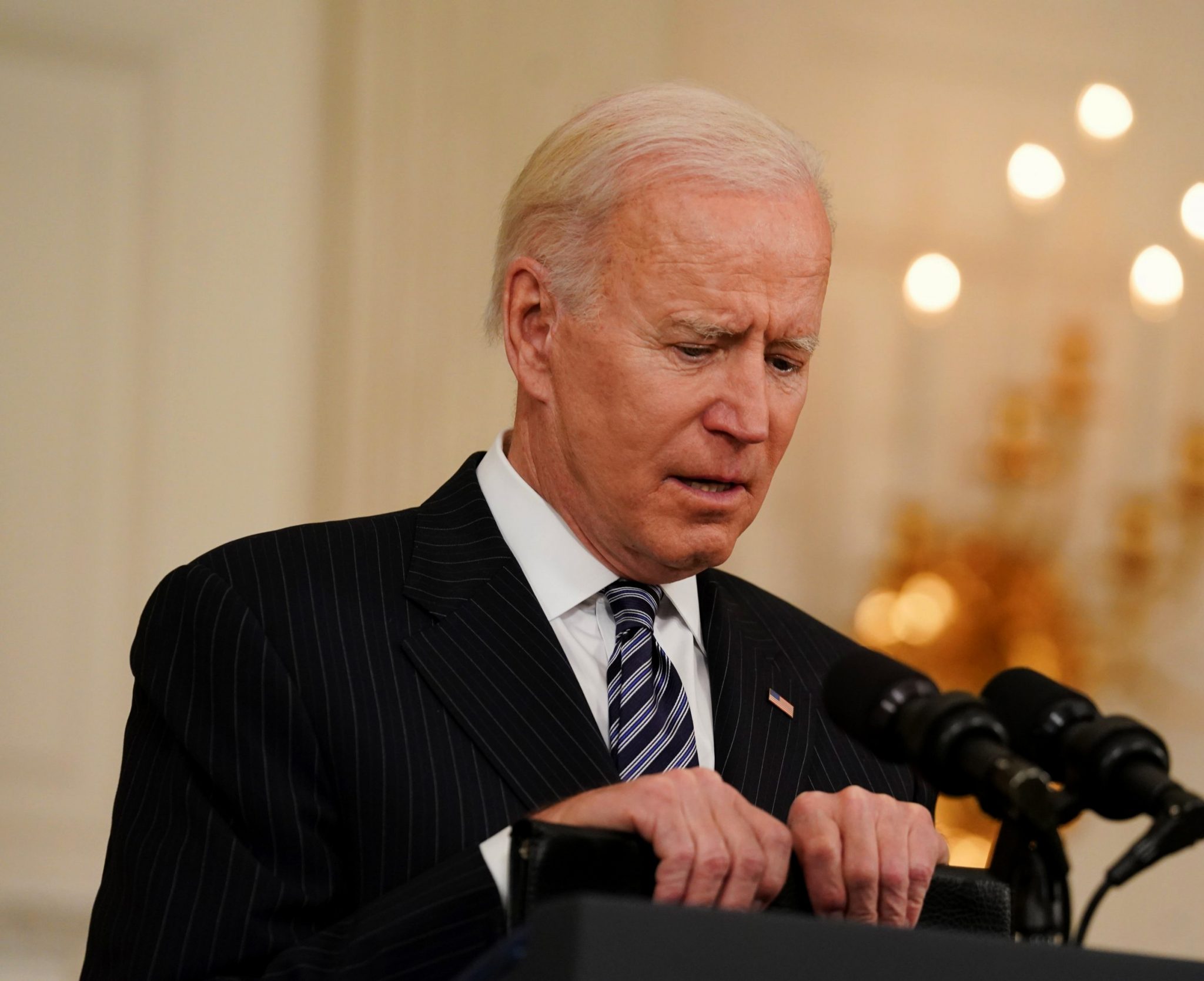 Sometimes we all need a little tough love, and boy did I get a dose from one of my board members recently.

“You might as well roll up shop,” she said. “COVID’s been over for six months out here, but you’re still obsessed with it. Meanwhile Biden’s radical agenda is advancing every day.”

I can’t say she was wrong (although those of us with kids have had a tougher time moving from pandemic to post-pandemic while they are still masked and messed with). And I’m afraid that if I’ve failed to keep my eye on the big-government ball, so have a lot of other people. So that ends today.

On energy, Biden’s aggressive anti-oil-and-gas agenda has already vaulted some of America back to Obama-era $4-per-gallon gasoline in just a matter of months. Biden rejoined the Paris climate agreement (which imposes expensive limits on the U.S. but not China), banned oil and gas leasing on federal lands and waters, and revoked the permit for the Keystone XL pipeline. Those were well covered in the media. But he also repealed Trump’s transparency rules to bring back secret science at the EPA and has the Treasury Department and the SEC cooking up ways to leverage financial regulatory power to make fossil fuels more expensive and less available.

On labor, the attention-grabber is his legislative proposal, the PRO Act (which has already passed the House), which would effectively gut all state right-to-work laws (imposing forced union dues as a condition of employment nationally), hamstring freelancers and gig economy workers by misclassifying them as employees, and undermine private ballot protections in union organizing elections by bringing back “card check.” Some or all of that may be too much for the Senate to swallow. But Biden also granted ethics waivers to top union officials to move seamlessly onto his White House staff and work directly with their former employers, and you can be sure that every administrative and regulatory decision possible will tilt the playing field away from employees and toward union bosses.

On health care, Biden scored a big expansion of Obamacare subsidies in his $1.9 trillion COVID exploitation bill — rewarding the health insurance industry by capping the amount paid by enrollees for an even larger percentage of their customers and forcing taxpayers to soak up the cost of premium increases. The big fight now is over prescription drugs, with Biden reaching for Nancy Pelosi’s government price control bill — HR 3 — to use a pay-for in one of his next spending extravaganzas. That bill would essentially have government dictate the price of drugs under the guise of a “negotiation” in which the company can take or leave the government set price, but if they say no they get hit with a 95 percent excise. Government price controls always cause shortages — in this case it would be shortages of new treatments and cures. And the savings flow right out of Medicare and into the new spending programs.

On taxes, a capital gains tax rate of 43 percent — far in excess of the 28 percent rate that the Joint Committee on Taxation has long found to be revenue-maximizing. That means the economy gets hit with higher capital costs and the government gets less revenue. It would punish success for its own sake. Biden’s hefty corporate tax hike would take the U.S. from finally competitive internationally thanks to the Trump tax cuts to again having the highest corporate rate among the developed countries — a recipe for jobs to shift back overseas. Biden also wants a new death tax on top of the old one, but with only a $1 million exemption, undoing Trump’s virtual repeal for all but the biggest estates. And perhaps craziest of all, Biden wants to raise the IRS’s budget by a shocking $80 billion. He claims this will raise $1 trillion in revenue, but in reality, it will be unlikely to even raise the $80 billion it costs, because no major enterprise does anything to minimize its taxes without consulting lawyers. This supersized IRS will harass a lot of small businesses with audits and compliance costs and, yes, uncover errors and cheating around the margins, but that’s about it. Big guys will fight the IRS in court and win, because their lawyers are better.

On spending, nothing gets Washington politicians more excited than a crisis, and we’ve already seen eye-popping, unprecedented spending under the pretext of COVID relief. Infrastructure is supposedly up next — another trillion or two just as inflation starts to bite. And with pay-fors that are more class warfare than actual revenue-raisers, it would almost all be put on debt books for future generations to pay for in taxes and in resurgent inflation, which picks the pocket of every American and insidiously undermines productive economic activity.

The worst “COVID relief” program is the weekly unemployment bonuses on top of regular benefits, which make not working pay more than working for a big share of the labor force — that’s why you see “help wanted” signs everywhere you go. More than a dozen Republican governors are withdrawing from the federal unemployment bonus program before its scheduled end in September; Democrats in Congress want to make it permanent.

On regulation, Biden has moved quickly to set the stage for re-regulating everything Trump deregulated — and more. The one-in-two-out rule is gone. Transparency rules are gone. Cost-benefit analysis requirements have been sidestepped. It’s already full-speed ahead at the SEC on proxy access — the signature failed Obama-era regulation — and only a matter of time before the FCC gets a new chairman and pushes to bring back a mangled form of net neutrality to reduce the internet to a regulated public utility. It remains to be seen if the welcome deregulatory aspects of COVID response like telehealth and accelerated drug approvals can survive despite their manifest value. (It’s hard to think of anything the government bureaucrats did right during COVID except getting some of their own regulations out of the way.) And Sen. Dick Durbin (D-Ill.) seems more eager than ever to impose price controls on credit cards, which would kill most rewards programs and likely bring back annual fees.

That’s all just economics. The Biden administration is also pushing hard for so-called election reforms to ban voter ID and force taxpayers to fund political campaigns, along with advancing all of the left-wing social issues.

All this can seem overwhelming, even hopeless, with liberals gripping all the levers of power in Washington. But conservatives have substantial strengths — governors who can opt of federal programs, attorneys general who can sue all the way to a Supreme Court that may finally have five conservatives, and vast conservative grassroots activists who can bring pressure to bear on key votes in the House, where Democrats have a whisper-thin majority, and the Senate, which is literally tied. None of these liberal policies are certain to actually be enacted. Time to engage and see how many of these fights we can win.