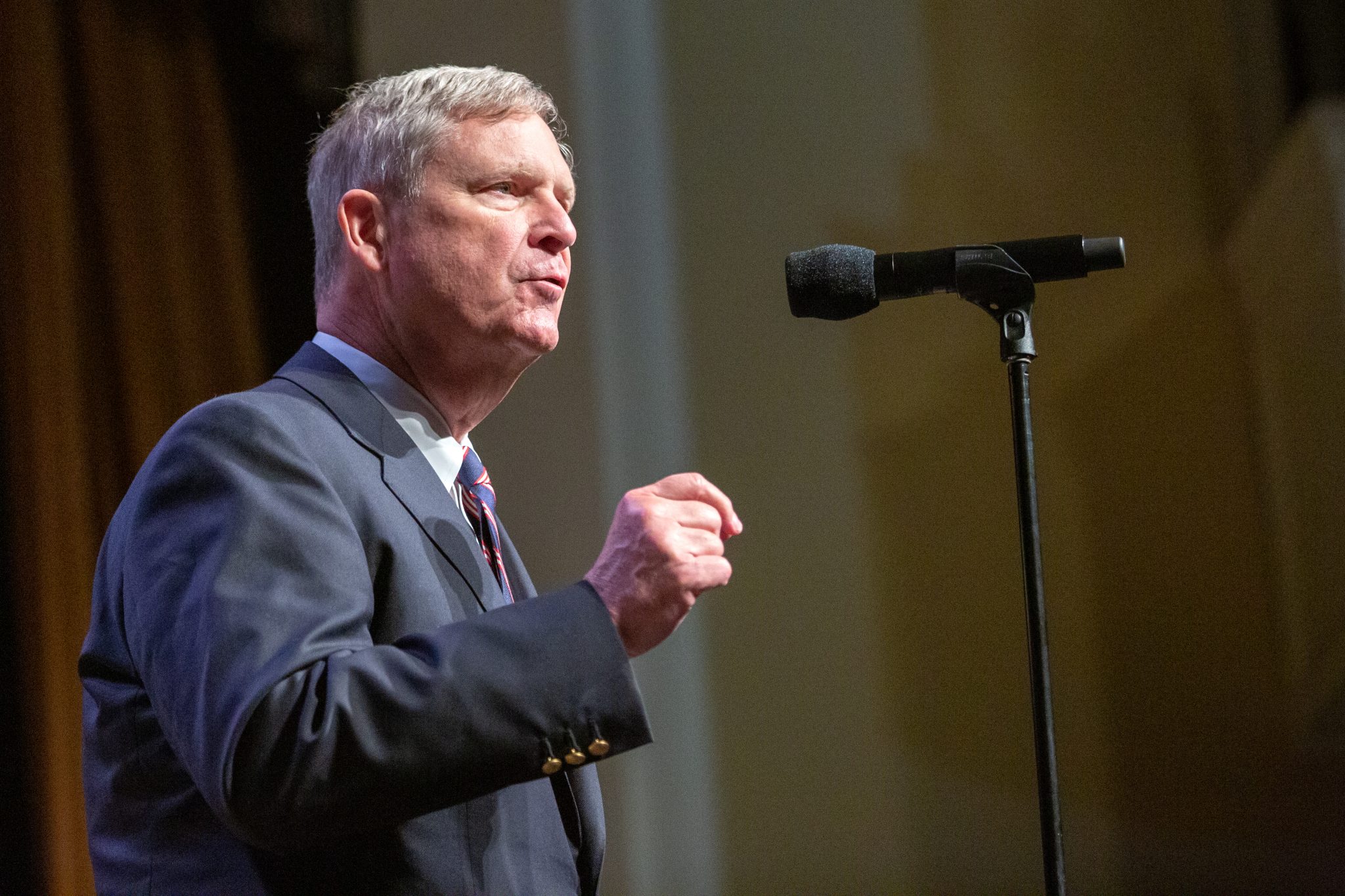 When President Trump took office, the number of Americans on food stamps exceeded the total population of Canada.

During the previous eight years, the Obama administration had implemented a steady stream of policies that promoted dependency, discouraged work, and made it easier for fraudsters to scam resources away from the truly needy. By 2016, more than one in six American households were receiving food stamps, whether they needed them or not.

The situation was a mess, and it had all developed under the watch of Tom Vilsack, longtime agriculture secretary under the Obama administration.

The food stamp program has never had a funding problem. It has always had an accountability problem.

President-elect Joe Biden has selected Vilsack to serve as head of the U.S. Department of Agriculture (USDA), which oversees the food stamp program. While the USDA was originally created to support farmers, food stamps now make up half of the department’s entire $150 billion budget.

Food stamps are also the main expense of the massive Farm Bill passed by Congress every five years. Of the $867 billion in federal spending included in the 2018 farm bill, 76 percent — three out of every four taxpayer dollars — went to nutrition programs, almost entirely the food stamp program.

The food stamp program has never had a funding problem. It has always had an accountability problem, and if history is any indication, states cannot expect a Biden administration to help them maintain integrity and solvency in their programs. Not with Tom Vilsack at the helm of the USDA.

Fortunately, the Trump administration took several actions to promote work and encourage all states to strengthen their own eligibility and work requirements. This included trying to close the Broad-Based Categorical Eligibility (BBCE) loophole that opened the floodgates to millions of dollars of spending on ineligible recipients, including millionaires.

But in the four years before the pandemic, we saw a dramatic turnaround. More than seven million Americans moved off food stamps and toward independence. States that implemented work requirements on food stamps reported thousands of able-bodied citizens moving from welfare to work, rising wages, and millions of state budget dollars freed up for the truly needy.

Vilsack failed to recognize the many benefits of getting more people back into the workforce. In Maine, those still participating in the food stamp program needed less assistance overall, since they were working more. As the need for benefits decreased, taxpayers were on track to save between $30 million and $40 million each year.

Work requirements work, which is a good thing — unless you’re Tom Vilsack.

The Trump administration’s efforts to restore food stamp integrity were a proven success. But we are now at a turning point for welfare dependency in the United States. The lockdowns on businesses resulting from COVID-19 have spiked unemployment nationwide.

Last March, 37 million Americans were enrolled in food stamps. Just one month later, six million more had joined the rolls. Some congressional Democrats have viewed this radical setback as a “tremendous opportunity to restructure things to fit our vision,” as House Majority Whip Jim Clyburn said in March.

Americans’ vision is a return to “normal” with their loved ones back to work and their communities moving forward. With an improving economy, this enrollment spike should be — and can be — temporary. But with Vilsack USDA 2.0, it’s unlikely these bloated enrollment numbers will subside any time soon.

During Vilsack’s first attempt at running USDA, enrollment in food stamps continued to grow thanks to his pressure on states to loosen work requirements, expand eligibility, and weaken program integrity. The result was food stamp enrollment spiking by another 13 million people in the three and a half years immediately after the Great Recession ended — nearly twice as much growth as during the entirety of the recession. It took states fighting back to stop the spread of bad policy.

What will happen now, with pandemic-related lockdowns and welfare spikes, followed by Vilsack’s return to USDA? We can expect more of the same: waivers from federal work requirements, long after the economy has recovered; more pressure campaigns to expand eligibility above federal thresholds; continued disregard for financial resources in most states, even allowing millionaires to receive benefits; and turning a blind eye to fraud and abuse.

Joe Biden made a lot of big promises on the campaign trail — to stop the spread of COVID-19, to fight hunger, to fight climate change. By selecting Tom Vilsack to head up the USDA, he is making yet another promise to states on the verge of collapse under the weight of unsustainable food stamp programs: You’re on your own.

Jonathan Ingram is the vice president of policy and research at the Foundation for Government Accountability.