Sam Bankman-Fried (SBF)’s “I’ve had a bad month” stands alongside Ron Burgundy’s “Milk was a bad choice” as an understatement.

Investors put something close to $2 billion into his cryptocurrency outfit FTX only to see it evaporate along with SBF’s fortune. For the allegedly defrauded FTX investors looking for their lost money, SBF’s tailor and barber — just a hunch — probably did not get their hands on any of it.

The campaign coffers of people with Ds affixed to their names did contain a lot of this money. But since the scandal broke just days after the election — how convenient, for some! — good luck getting any of it back. Democrats excel at giving away other people’s money, just not their own.

“F*** regulators,” SBF told a Vox reporter. One imagines that the preponderantly pro-regulation beneficiaries of SBF’s political largesse experienced epiphanies in his “f*** regulators” direction after touching his money, which contains magical properties (he made it disappear, didn’t he?) capable of transforming busybodies into see-no-evil, hear-no-evil, speak-no-evil types.

In total, he gave just under $40 million during the 2022 election cycle. Almost all of it went to Democratic candidates and causes. Like Bernie Madoff, Harvey Weinstein, and Jeffrey Epstein before him, he knew to cozy up to the correct people in order to escape scrutiny. The dangling of $1 billion in political giving for 2024, he possibly imagined, could do much to keep regulators and investigators off his back for a few years. 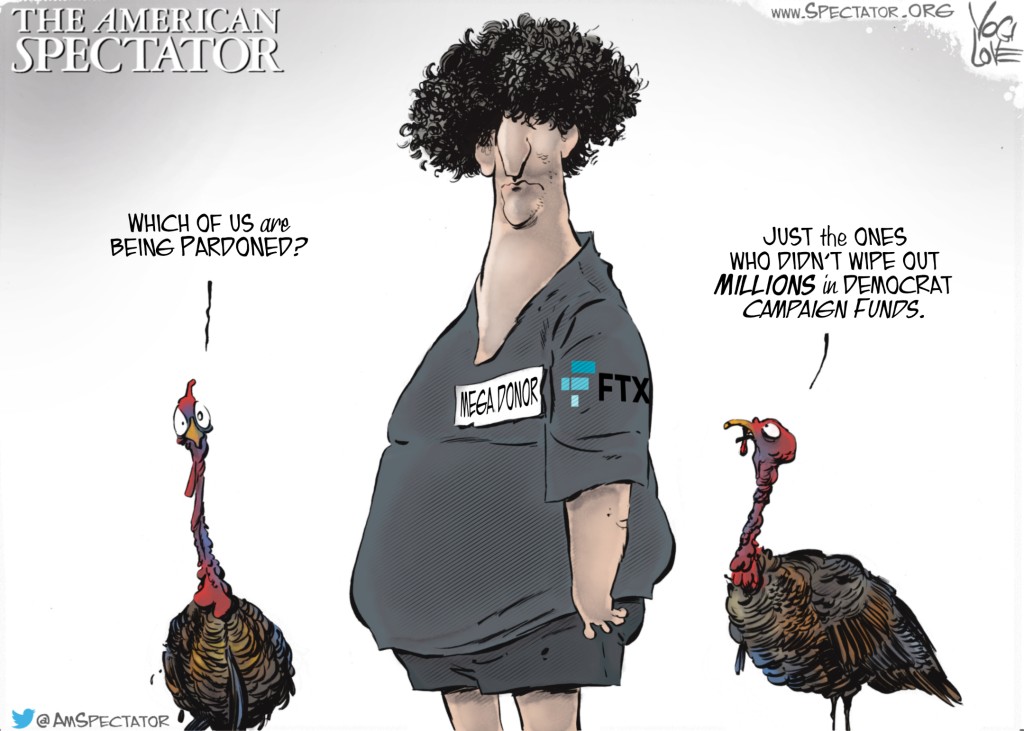 Perhaps alone among politicians, Robert “Beto” O’Rourke, Democratic candidate for governor of Texas, refused to cash a big check from SBF. He received $1 million from him on Oct. 11. More than three weeks later, he gave it back.

“This contribution was unsolicited and the campaign’s upcoming [Texas Ethics Commission] report will show that it was returned back on November 4, prior to the news stories that would later come out about the donor,” Chris Evans, a spokesman for O’Rourke’s campaign, told the Texas Tribune.

The answer from O’Rourke’s spokesman would make a whole lot more sense if O’Rourke had not already received an enormous amount of money from SBF.

Maybe O’Rourke just operates a tighter ethical ship than other politicians. This remains a possibility. Another possibility? O’Rourke’s people, and possibly other Democrats, knew something before SBF’s investors knew it. We do not know the answer. We should ask the questions to find out what they knew and when did they found out. Insider information should not benefit elites, but we know in other cases it does. We should assume that O’Rourke and his people operated ethically here until evidence, rather than just strange circumstances, prove otherwise.

The answer from O’Rourke’s spokesman would make a whole lot more sense if O’Rourke had not already received an enormous amount of money from SBF. In fact, he received $1 million from SBF during the third quarter before strangely refusing $1 million during the fourth quarter.

“Bankman-Fried was O’Rourke’s top donor during the fundraising cycle spanning from July 1 to Sept. 29,” the Texas Tribune explains, “but even without his donation O’Rourke was a formidable fundraiser, coming in at around $77 million for his entire campaign.”

If O’Rourke had already accepted at least $1 million from SBF, why would he suddenly rebuff another $1 million from him — after a 24-day delay since receipt of the check — four days before the election?

This does not make any sense. But neither does giving your life savings to a millennial plagiarizing Justin Guarini’s haircut, nervously tapping his feet, and reflexively responding “good question” during interviews, and showing up to important events in a T-shirt and shorts.