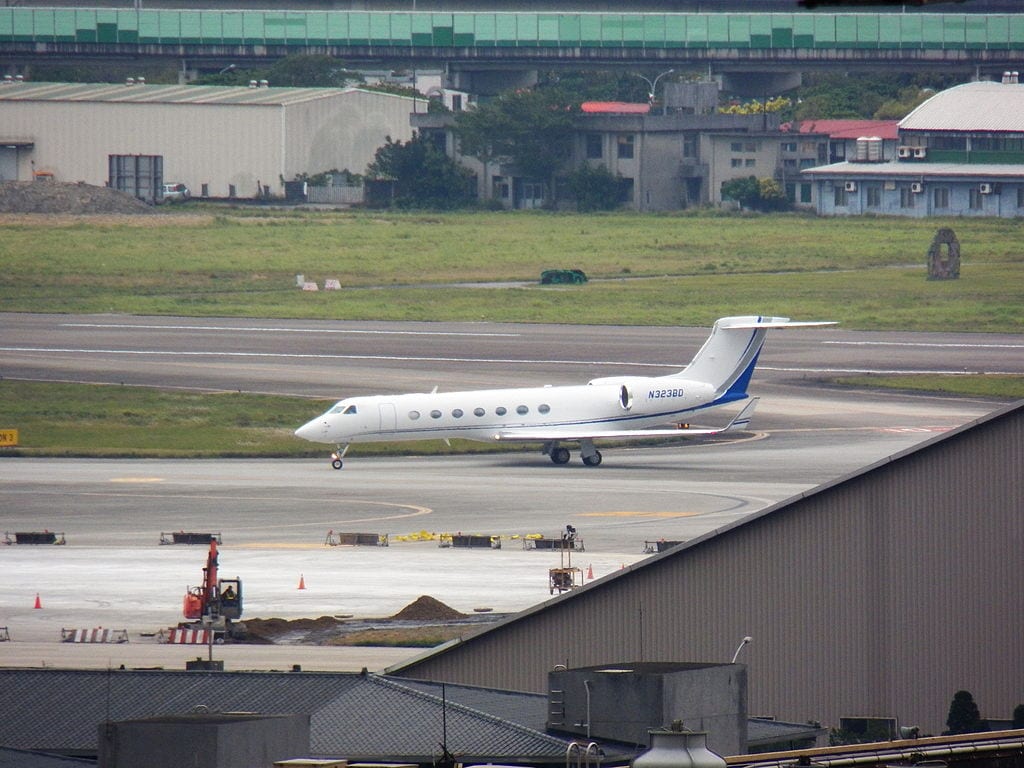 Bernie Sanders is running again and it seems that this is something that happens to those who have come close. So close that they could taste it. They can’t help themselves and they try again and, sometimes, again and again. Just a few more votes. A little more money. A couple of breaks and, then at last, the White House and all that comes with it.

Including Air Force One.

After he had been defeated for re-election by Bill Clinton, George H.W. Bush said that there was a lot about the job of being President that he didn’t miss. But he sure did miss that airplane.

Even a man of people, a down to earth guy whose wardrobe consists mostly of off-the-rack Eddie Bauer could get used to flying in that kind of style. And Sanders, it seems, has already developed a weakness for private jets. Which is not exactly consistent with his friend-to-the-common-man image, something his political enemies and rivals are throwing in his face.

“I’m not shocked that while thousands of volunteers braved the heat and cold to knock on doors until their fingers bled in a desperate effort to stop Donald Trump, his Royal Majesty King Bernie Sanders would only deign to leave his plush D.C. office or his brand new second home on the lake if he was flown around on a cushy private jet like a billionaire master of the universe.”

So said Zac Petkanas, who was the director of rapid response for the Clinton campaign, to a reporter from Politico. The description of Sanders’ travel preferences applies to a time when he was actually campaigning for Clinton and against Trump. Evidently, the resentments still burn like stomach acids that keep coming up and keep scalding the throat.

Then, there was the time between the election and… well, now. When Sanders was “considering” another run. So many have done so much considering over these last months. Kamala Harris, Elizabeth Warren, Cory Booker… and Joe Biden is still considering. With luck, he will do the considerate thing and leave the field to Bernie and the other dozen or so future saviors of the Republic.

But back to Sanders and his weakness for travel by private jets.

In the same Politico piece where Zac Petkanas vents, it is reported that, “In the two years following the presidential election, Sanders continued his frequent private jet travel, spending at least $342,000 on the flights.”

This could, of course, be something of a problem for Sanders as there is a touch of the Marie Antoinette about it. Why, some voters might ask, should he be spared the joys of modern air travel? The TSA lines and pat downs. The cramped seating. The waiting areas with their TV monitors that are tuned, eternally, to CNN.

Furthermore, doesn’t a commitment to “doing something” about climate change require his going commercial instead of flying charter and adding more carbon to the already saturated atmosphere? Are his convenience, comfort, and solitude more important than the health of the planet?

Nobody would have bothered to ask this in 2016 when Sanders began his campaign as the novelty candidate and evolved into a long shot challenger who began to look as though he might actually have… well, a shot.

He was, in short, a good story.

But that was then. This time around, he is already old news.

He may have established that he can raise a lot of money and that he has plenty of devoted followers. But this doesn’t change the fact that he is old and white and male.

Or that he likes to do his traveling on chartered jets and owns more than one house.

These are things that contradict the image and which his old enemies from the Clinton campaign cannot forgive and those in the media looking for a fresh take will not neglect. This time around, it will be a different sort of campaign for Sanders. The policy positions that seemed so radical and dangerous last time are common, now, to just about every candidate. Medicare for All? It is the default position of every candidate other than Amy Klobuchar. Same for free college and the minimum wage of $15 an hour. Bernie just isn’t way out there all alone any longer. On the issues, he is part of the herd.

Since there has to be a story, his will be in the contradictions, the little hypocrisies, and what — when they belonged to Mitt Romney — were known as “gaffes.”

Sanders is not merely old. He is old news.

And he likes traveling in chartered jets.

This, in the Sanders patois, is an outrage.