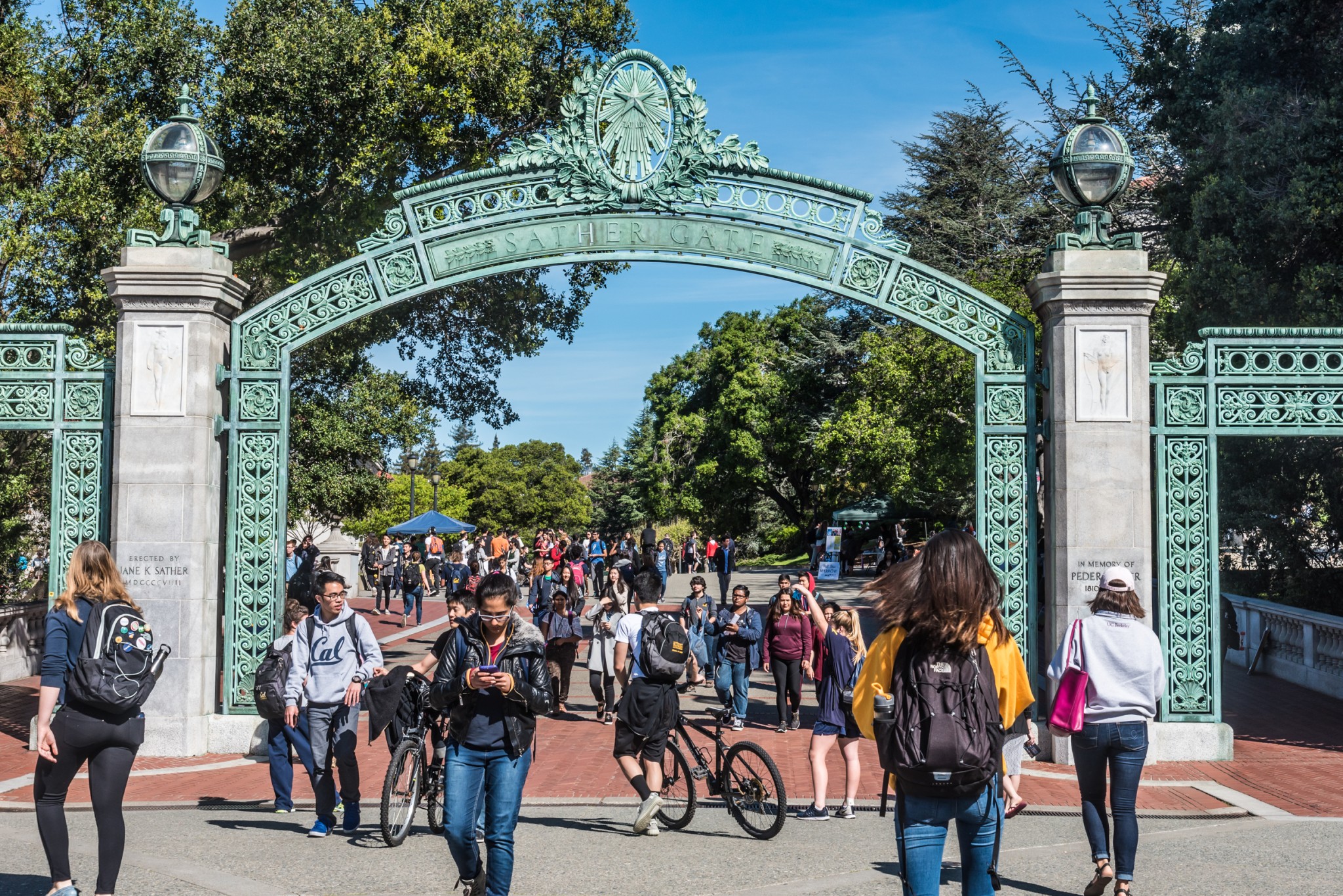 The students at the University of California Berkeley’s Person of Color (POC) Theme House love their rules. And they’re not pretty.

As Friday’s Daily Mail and Saturday’s Fox & Friends reported, this residence’s directives include this: “Many POC members moved here to be able to avoid white violence and presence, so respect their decision of avoidance if you bring white guests.”

Another instruction states, “Always announce guests in the [house’s] Guest Chat if they will be in common spaces with you and if they are white.”

And for anyone still unclear, try this: “White guests are not allowed in common spaces.”

One mixed-race former denizen of the theme house complained to Reddit that his or her “presence as a light skinned person was not received well.” Furthermore, this student was “not allowed to let my dad enter the house because he’s white.”

It’s come to this: “Inclusion” requires the exclusion of white people.

In such cases, apply the Race-Reversal Rule: Swap the words “black” and “white.” Would the matter at hand survive 6 seconds of sunshine?

Imagine that UC Berkeley had a “European Ancestry House” limited to students with ethnic roots in the British Isles, France, Germany, Holland, Italy, Scandinavia, and elsewhere on the Continent.

What if its members lived by these rules?

First: “Many European Ancestry House members moved here to be able to avoid black violence and presence, so respect their decision of avoidance if you bring black guests.”

Second: “Black guests are not allowed in common spaces.”

To ask this question is to answer it: Hell, no!

The mere existence of a whites-only “European Ancestry House” is a non-starter. Especially in association with a government-funded school like Berkeley, protests, boycotts, sit-ins, and even violence would erupt at the suggestion of such a venue. Black Lives Matter and Antifa would have a field day. Riot gear for all!

In short, blacks telling whites to bugger off: A-OK. The reverse? Chaos.

These persons of color prove themselves to be not just racists but also more fragile than Fabergé eggs. What do these POCs say about themselves when they declare that the mere “presence” of a white person in a communal area is too much to handle? And this need not be a sadistic white boss or a trigger-happy white cop. Just eyeing a fellow book-carrying student, who happens to be white, in the theme house’s living room is more than these POCs can tolerate.

Are these folks truly this weak? Are they proud to tell the world that their cages are this easy to rattle?

And what about this “white violence”? Has any black student ever been lynched on Berkeley’s campus? When is the last time a white person did anything more egregious against a black Golden Bear beyond flubbing his preferred pronouns? Does anyone confuse Berkeley in 2022 with Birmingham in 1962?

If Berkeley is a hotbed of white racism from which blacks and other minorities must cower in their own theme house, then San Francisco is America’s headquarters for homophobia.

This sickening news will increase racial tensions on the University of California system’s flagship campus. “Should I say ‘hello!’ to the black students in my engineering class?” a white sophomore might ask herself. “Or will that just create a racial confrontation? Well, I guess it’s safest to hang out with my white friends.” Such hesitation keeps whites and blacks apart, not together.

Now, imagine being a corporate recruiter who sees “Resident, Person of Color House: 2021–2023” on a young job seeker’s résumé. “Hmmm,” the human-resources staffer might wonder quietly. “Can this applicant stand to be around white colleagues? I dunno. Sounds like trouble.”

And then this Berkeley senior’s résumé would slide silently into the wastebasket.

These anti-white rules highlight this fact: Blacks can be racist. The critical race theory stating that blacks cannot be racist due to infinite white power and nonexistent black strength would fit well on the floor of a stable.

One need not be a CEO or a U.S. senator to feel irrational hatred toward another race. Anybody can do that. And an unspoken fact of American life is that there is bountiful black racism aimed at whites — and Asians, too.

The Berkeley Student Cooperative (BSC) established the POC Theme House off campus in 2015. The BSC is a private nonprofit that owns and operates this five-story, 30-room facility able to hold up to 56 tenants. Under the First Amendment’s freedom of association provision, the BSC should enjoy the liberty to set whatever rules it wishes for this private property, as morally repugnant as they may be.

That said, UC Berkeley’s official website promotes the BSC. In addition, the BSC leases four properties from UC Berkeley (Cloyne Court, Convent, Rochdale I, and Rochdale II/Fenwick). According to the BSC’s audited 2018 financial statement (the most recent on its website), the BSC was scheduled to pay the university $285,117 for these buildings in 2019, 2020, and 2021, including last year’s payment of $66,150.

Also, according to its latest CPA’s report: “BSC was required to maintain a major maintenance reserve account held by the University. The reserve balance was $240,586 as of May 31, 2018.”

So, UC Berkeley cannot get away with asking, “BSC who?” This major institution of government education has entangled itself with something wicked.

It is revolting that taxpayer-funded UC Berkeley, a reputed bastion of reason and tolerance, has anything to do with BSC and its POC Theme House. The latter’s bigotry is nothing to celebrate or support, any more than a whites-only house from whose common areas blacks are verboten.

(BSC has yet to respond to requests for comment.)

While Berkeley’s leadership lacks direct control of this noxious establishment, their bully pulpit is fully functional. As such, they should demand the immediate termination of the POC Theme House’s racially prejudiced, anti-white rules. Until this happens, Berkeley should stop flacking for the BSC on its official university website and untangle its finances from this racially biased organization.

The adult supervisors at UC Berkeley, if any exist, also should hand every Person of Color Theme House member a copy of the “I Have a Dream” speech. No doubt, this situation would turn the stomach of the Rev. Dr. Martin Luther King Jr.