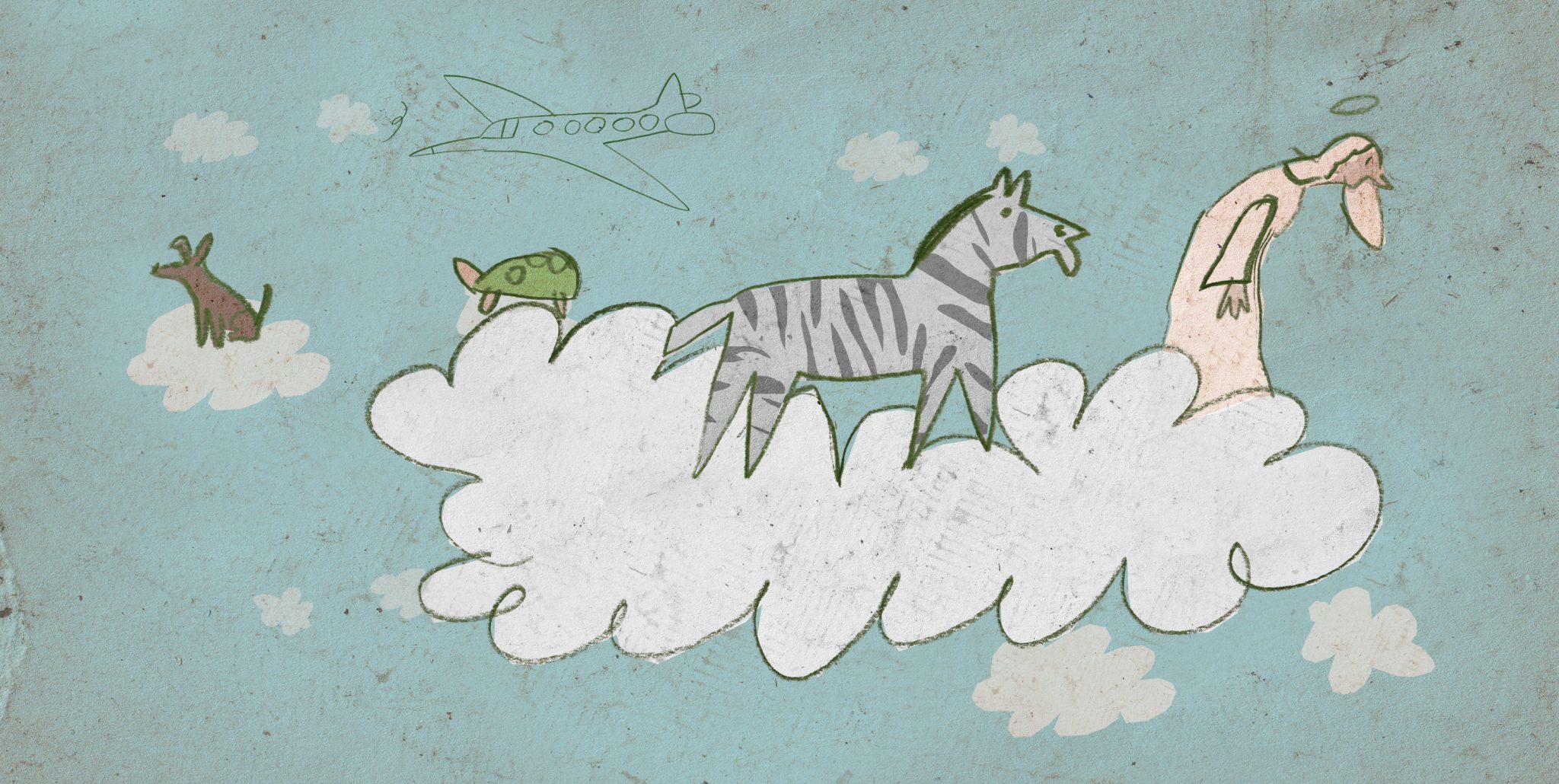 They say that having faith is outdated. That nobody has seen God. And the ones who say it are the same people who believe in socialism, which unfortunately has been seen by many more than would have liked. In the end, one of the greatest advantages of believing in God is that you don’t have to believe in any other nonsense. That saves you the trouble of having to put your future in the hands of a madwoman reading it to you from a pack of cards, in the horoscope of any progressive magazine, or in the calculations of the United States’ Secretary of the Treasury, which is tantamount to entrusting your future to Satan.

I have a friend who as a young man wrote horoscopes for various magazines. The good or bad fortune of each Zodiac sign depended exclusively on the amount of whiskey bubbling in his brain at that time of the afternoon. He made it all up. He never looked up at the stars to guess anything. The only time I ever saw him looking straight at the sky was very late at night, and he was brandishing an empty bottle in one hand, shouting into the ether, “Lord, why do I always run out of whiskey at the best time?” I was quite shocked, because I had always figured these people prayed to the Zodiac or something. But no. When it comes to the important things in life, like whiskey, they also direct their prayers to the good Lord. They may be fortune-tellers, but they’re not idiots.

I have another friend who reads her future in coffee grounds. She spends hours looking at them, as if she were gazing at the Sistine Chapel. She draws the most extraordinary conclusions about her future: it’s always black. And that’s something that actually does seem to come true over and over, although we can’t rule out that it isn’t a self-fulfilling prophecy. A vicious circle full of dregs. Whatever the case, it’s all a bit crazy, but I have always identified with her. After all, in the mornings, I can’t see a future without coffee either.

Not wishing to anger any theologians for skipping over the more important issues, those of us who believe in God have a kind of VIP card that opens unsuspected little doors. It might not get you into the White House, but I can’t imagine why in heaven’s name you would want to do that anyway, now that it’s been turned into a sort of zoo. But there are little things we can get with our VIP card. One of them is finding a parking spot. Confirmed. A quick prayer and your car will find its spot before anyone else.

Being a Christian has never been easy, which is why I believe God has given us these little consolation prizes. I mean, since our life is constant penance, let’s at least give it a bit of pizzazz to attract the lazier potential customers. It works for banks. They charge you hundreds of commissions, but then, after fleecing you, they give you free pots and pans, always so aware of what you most need at every precise moment in your life: frying pans. In the banker’s logic, frying pans make people happy. In God’s logic, which is undoubtedly more accurate, what makes us smile is finding a parking space. Let’s not forget that great quote from Art Buchwald on his deathbed: “My theory is that dying is easy, parking is tough.”

Another thing I love about believing in God is his sense of humor. Yes, God is the funniest being I have ever met. Only someone with a finely tuned sense of humor could create the elephant, a kind of hippopotamus that has obviously lied too much and has an overgrown nose; or the zebra, which is the only animal in the world that can cross the road, even if the traffic lights don’t work; or the turtle, which always brings to mind cowards; or hailstones, to remind us that it’s time for a mojito. And I suspect that we also make God laugh too, especially when he takes a look at our plans for the future.

If He had no sense of humor, all the animals would be the same, and vegetables would be drab. They would probably all taste as bad as cabbage. But no, he created incredibly funny things like carrots, and thanks to them our snowmen look like a G. K. Chesterton joke. And he also created autumn, a subtle metaphor to remind us that after the age of 40 we should not get carried away and keep out expectations in check when it comes to joining the gym.

Life with God is not easy, though. There’s a story that St. Teresa, after much suffering, asked Jesus to explain himself, and he suggested that she complain less: “This is how I treat my friends.” The saint, a brave woman, replied, “Now I understand why you have so few!” But personally, I think God was just pulling her leg.

Our early Christian brothers were devoured by lions. I don’t expect that seemed so funny, except to the lions. But those men knew that that very night they would be joining the grand festival in Heaven, with their heads attached to their bodies again, I expect. And that’s better than living with the thought that tomorrow you’ll be worm food and swallowed up by a vast universe of emptiness and oblivion. God is funny. He refuses to let our lives end in an eternal funeral; he prefers our farewell to be an infinite party.

That’s also why, I conclude, the best faith in God is the Christian one. What can I say? Our God is a guy whose first miracle on Earth was turning water into wine. Always on my team.