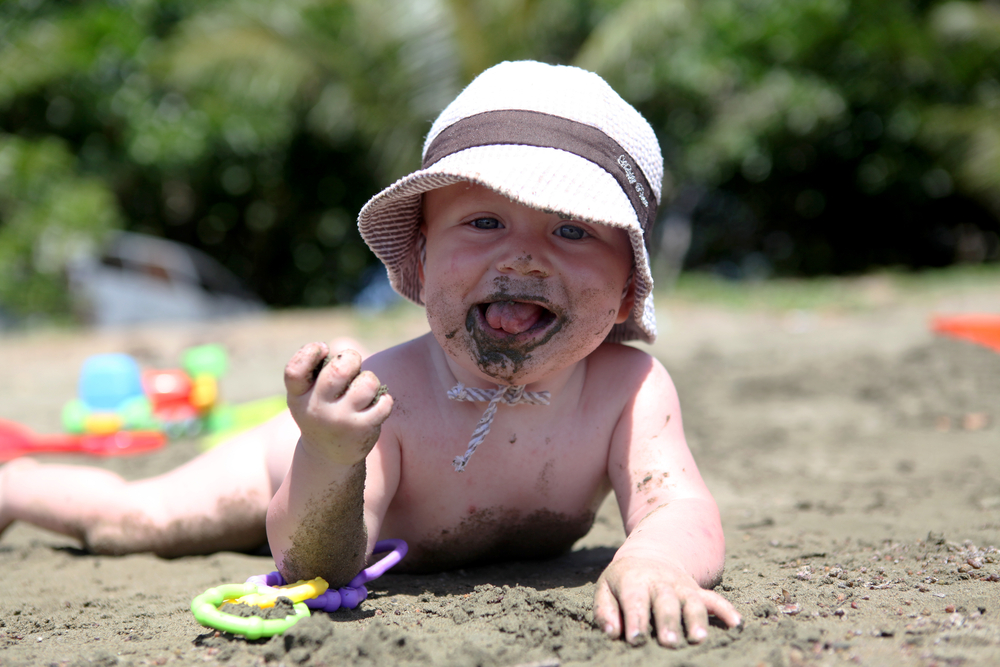 Governments spend a lot of money on promoting tourism, but then they have beaches full of sand. It is unacceptable. There are beautiful coasts almost everywhere in the world. From far away, you see them shining, and you shoot beautiful photos. You get closer, and it’s a big disappointment. They are dirty: They are full of sand. And nobody seems to care. I guess it’s more important to fill everywhere up with medieval-style wooden signs advertising all kinds of tourist attractions than to vacuum. But I reckon it wouldn’t take that much work. If garden lawns are mowed, if papers are picked up from sidewalks every morning, why doesn’t the sand on the beach get vacuumed daily?

Sand is a dirty, uncomfortable, sticky substance that clings to your skin like the night clings to Hunter Biden. Walking on it turns your feet into breaded steaks in a split second; anything you take to the beach will end up full of those hateful little grains, and, if you don’t keep your mouth closed all the time, the wind will make sure you eat them. That cracking as you chew is really unpleasant, no matter how much the experts insist that they are full of minerals that are very nutritious for our organism. I doubt these experts have three or four sautéed beach stones for supper every evening. The only living things that can feed on sand for periods of up to 60 days are babies.

The worst thing about sand is how much it keeps coming back. I know people who have only been to the beach once in their life and, 20 years later, still find sand somewhere on their body — even in the kidney, which is the most painful place in the world to get sand. Under optimal hygienic conditions, when you manage to get rid of the sand stuck to your body — after 10 years of trying — it will reappear in the shower and in the car. Sand is like energy. It is clearly never destroyed. And it is created much more than we would like.

Whatever the case, it is very annoying. Walking in the sand for a couple of minutes is like trying to find a way to avoid paying taxes — you put a lot of effort into it, and you end up exhausted, with little to no progress.

There is no worse feeling than sand burning the soles of your feet and realizing that you still have a long way, strewn with obstacles and sunbathing lizards, until you get to the seashore. If you find yourself in this situation, my advice is to walk on your stomach, propelling yourself with your thumbs, which have greater resistance to heat than the soles of your feet. If you find that this is not the case, write to me, and the next time I address this issue I will deny this thumb nonsense. (READ MORE from Itxu Díaz: The Word of the Summer: Inflation)

It attracts cigarette butts and pee

The sand is a refuge for cigarette butts, ice-cream papers, and a multitude of other things you wouldn’t want to know. Also, many adults urinate in the sand on the beach, making it urgent that municipalities install a network of guillotines in the sandbanks aimed at eradicating this practice. It is incomprehensible that grownups should do these things in the sand when they could do it in the water as the rest of us do.

It feeds the war instinct

Sand also has a property that makes it even more obnoxious. For some reason that science has not been able to explain, it awakens a strange warlike instinct in people that leads them to fight each other, organizing bloody battles of wet sand balls. As soon as you put a bit of sand together with a bunch of idiots, an exchange of projectiles is unleashed, sometimes accompanied by physical contact, spitting, and war cries.

It transforms parents into warriors

While the children play with their little sticks, the parents feel an irrepressible desire to join the prevailing warmongering trend, building huge sand warships, fortresses, and castles. Later they entrench themselves in their positions, from behind which they launch offensives against other bathers using dangerous catapults and hard sand missiles.

Often, as a tactic to confuse the enemy, the warrior-parents engineer and raise gigantic dams that modify the course of the sea and the ocean currents, unknowingly causing tsunamis, tidal waves, unexpected storms, and the deaths of hundreds of marine species in other parts of the planet.

This summer, Eleuterio, a Spanish father, built a dam on the shore of an Atlantic beach so large that it caused a change in the tides, modified the lunar trajectory, and moved the full moon forward 10 days, causing waves of premature births throughout the region.

All that is known at this time is that, according to eyewitnesses, Eleuterio Jr., moments before beginning the construction of the sand moat, had been the one to suggest the perverse idea to his father, adding a natural male-hormone accelerator: “Dad, I bet you don’t have the balls to do it.” And he did.