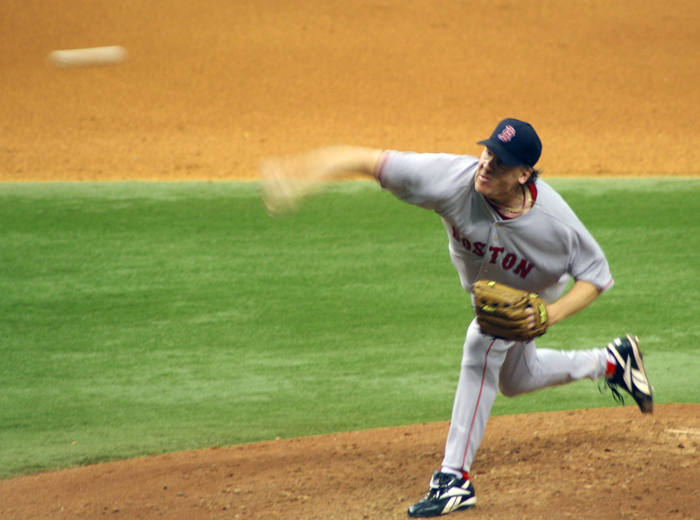 There is a classic scene in the 1991 hit movie City Slickers starring Billy Crystal, Daniel Stern, and Bruno Kirby. Two of the dude-ranch patrons (Stern and Kirby), out on a let’s-pretend cattle drive, are walking toward a campfire and arguing passionately about baseball — specifically, who was the better right fielder, Henry Aaron or Roberto Clemente.

As they approach the campfire, a woman on the trip (Patricia Wettig), overhears their conversation and exclaims in exasperation, “Baseball!”

“Do you have something against baseball?” one of the guys asks.

Says the Wettig character, “I used to live with a guy who was like a baseball encyclopedia, and I just had flashes.”

“You broke up with him because of baseball?”

“Um, no,” she says. “We had different needs. I needed him to treat me decently and get a job, and he needed to empty my bank account and leave.”

“So, do you hate baseball?” asks the Stern character.

“No, I like baseball,” she says. “I just never understood how you guys can spend so much time discussing it. I mean I’ve been to games, but I don’t memorize who played third base for Pittsburgh in 1960.”

All three guys, trying to beat each other to the punch: “Don Hoak!”

Those three dude ranchers are the types who could tick off the stats — back-of-the-baseball-card level — of David Ortiz, the only former player elected by the baseball writers to be inducted into the Baseball Hall of Fame in the ceremony to be held this Sunday, July 24. Which are the following: 10-time All-Star, 10 seasons with over 100 RBIs, finishing with 1,768, 23rd-most in history. He hit .286 for his career, had 541 home runs (17th all-time), 632 doubles (12th), 2,472 hits, and 1,319 walks (42nd). He compares favorably (offensively) with Hall of Famers Frank Thomas and Jim Thome and future inductee Miguel Cabrera. The only knocks on him are that he was a designated hitter (so he didn’t play in the field) and was allegedly linked, prior to the establishment of a testing regimen, with performance-enhancing drugs (PEDs).

The lede in all the baseball stories Sunday morning will be Ortiz getting into the Hall. First-year eligible, he received 77.9 percent of ballots (over the 75 percent barrier, but barely). Affable fellow. Big personality.

But the arguably more interesting story is who did not get in. This year was the last hurrah for the two poster boys of the steroid era, Barry Bonds and Roger Clemens. Their numbers are stratospheric and would have made them top-tier inductees if they hadn’t juiced. Bonds hit more home runs (762) and more in one season (73) than anybody in history, was MVP in the National League seven times (most ever), hit .298 in his career, and was hands-down the most feared hitter in baseball for half a decade. Clemens retired with 354 wins (ninth all-time) against 184 losses, 4,672 career strikeouts (third all-time), and seven Cy Young Awards.

Curt Schilling’s outspoken opinions rub baseball writers, who make their living noising their own opinions, so raw that they could not abide voting him into the Hall of Fame.

But for the 10th and final time, both failed to garner the required 75 percent of ballots (Bonds, 66 percent; Clemens, 65.2 percent), and, with Sammy Sosa (18.5 percent), expire their eligibility and must now wait to see if an old-timers committee will have mercy on their legacies and vote them in.

Thus is the Hall door closing on the steroid-era players. Mark McGwire and Rafael Palmeiro –linked to PEDs — flamed out in the voting years ago, and of the PED-linked candidates, only Manny Ramirez (28.9 percent in this his sixth year of eligibility), Gary Sheffield (eighth year, 40.6 percent), and Alex Rodriguez (suspended a full season for steroid use, received 34.3 percent in his first year on the ballot) remain in contention, but, given their vote numbers, they look like non-inductees.

All are victims of the infamous rule 5 of the Baseball Writers’ Association of America election rules, to wit: “Voting shall be based upon the player’s record, playing ability, integrity, sportsmanship, character, and contributions to the team(s) on which the player played” (emphasis added).

The “character” clause nailed another Hall of Fame candidate as well, and this one for far more debatable reasons.

Curt Schilling boasts Hall-worthy stats — he’s the only pitcher in history with over 3,000 strikeouts and fewer than 750 bases on balls — and his 216 wins is three more than John Smoltz and three fewer than Pedro Martinez, both of whom have plaques in Cooperstown. Plus, there’s postseason glory — he boasts an 11–2 record with a 2.23 earned run average, he won three World Series championships, and he hurled the famed “bloody sock” game in the 2004 ALCS.

But his outspoken opinions rub baseball writers, who make their living noising their own opinions, so raw that they could not abide voting him into the Hall of Fame. In this, his last year of eligibility, he received only 58.6 percent of the votes. It didn’t help that after last year’s voting, irritated at falling short with 71.1 percent of the votes, Schilling wrote a nasty letter to the Hall asking to be deleted from his final year’s ballot. “I am requesting to be removed from the ballot,” he wrote. “I’ll defer to the veterans committee and men whose opinions actually matter and who are in a position to actually judge a player.”

The Hall didn’t delete his name, but enough baseball writers did to deliver strikeout No. 10 to his induction chances. And for what? Apart from his stellar on-field performance, he didn’t use drugs during his career, and he has done enough charitable work to receive awards aplenty for his community service and character, including those named after Clemente, Lou Gehrig, Fred Hutchinson, and Branch Rickey. (READ MORE from Tom Raabe: Baseball’s Pace-of-Play Problem)

But he talks and tweets. Among other “scandalous” acts, he compared Islamic extremists to Nazis, during a period when the beheadings of Westerners were playing on social media, and praised a North Carolina bill that said men would use men’s rooms in public facilities and women would use women’s rooms. So he checked two big boxes on the “woke” sportswriters’ outrage scorecards — Islamophobia and transphobia.

And then he checked a third: He made a joke about lynching journalists, which every journalist that has written about Schilling since has seemingly mentioned. Also, he attended Trump rallies, wrote a column for Breitbart, and threatened to challenge lefty darling Elizabeth Warren for her Senate seat.

Sadly, any entry to the Hall for Curt Schilling also depends on the judgment of a committee of ex-ballplayers.