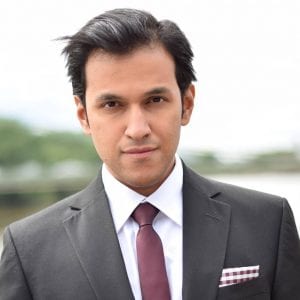 Dwayne Ryan Menezes
Dr. Dwayne Ryan Menezes is the Founder and Managing Director of Polar Research and Policy Initiative (PRPI), a London-based international think-tank dedicated to Arctic, Nordic, North Atlantic, North Pacific, and Antarctic affairs. He is also the Founder and Managing Director of Human Security Centre and Commonwealth Policy Development Centre and Founder and Chairman of the Advisory Board at Think-Film Impact Production. He read Imperial and Commonwealth History at the LSE and the University of Cambridge, graduating from the latter with a Ph.D. in History. Subsequently, he held visiting or postdoctoral fellowships at research centres at the universities of Cambridge, Oxford, and London. At present, he is an Honorary Fellow at the UCL Institute of Risk and Disaster Reduction at University College London. Over his policy career, Menezes has served as Head of the Secretariat of the All-Party Parliamentary Group for Yemen in the UK Parliament (2015–present); Consultant to the Secretary-General of the Commonwealth (2014–2016); Principal Consultant to the European Parliament Intergroup on the Freedom of Religion or Belief (2015–2016); and Research Associate to a UN Special Rapporteur (2013–2014). He is a Fellow of the Royal Historical Society, the Royal Geographical Society, and the Royal Society of Arts. For more about Polar Research and Policy Initiative, see www.polarconnection.org.
Follow Their Stories: Get Notified
Another Perspective
The Arkansas Cotton in Trump’s Woolly Greenland Linen
by Dwayne Ryan Menezes | Sep 4, 2019

The Danish Prime Minister, Mette Frederiksen, might have dismissed Trump’s plan to purchase Greenland as “absurd,” and the former Greenlandic…

At Large
A Green Light for a Consulate in Greenland
by Dwayne Ryan Menezes | Aug 27, 2019

As global interest in the Arctic has increased dramatically over recent years, so has the interest in policy circles within the…