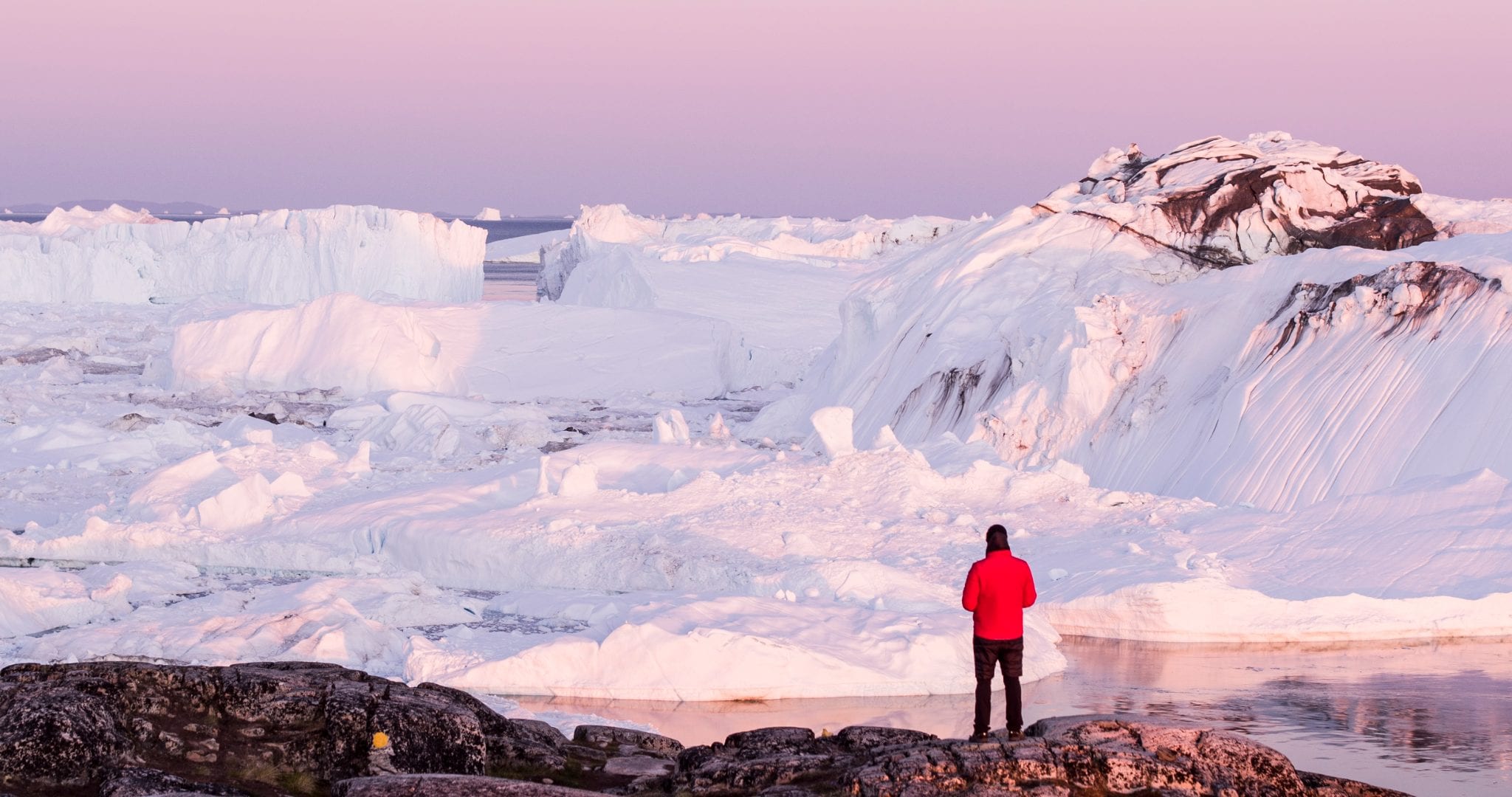 The Danish Prime Minister, Mette Frederiksen, might have dismissed Trump’s plan to purchase Greenland as “absurd,” and the former Greenlandic politician Sara Olsvig might have derided it as “astonishingly silly and imperialistic.” Yet, rushing to Trump’s defense in the New York Times, United States Sen. Tom Cotton (R-Ark.) — the most outspoken supporter of Trump’s cheeky Greenland purchase proposal plan — quipped nonchalantly, “But once again, the president is crazy like a fox.”

Cotton makes a number of interesting points, the most curious of which is his confident assertion that such an acquisition would be “in keeping with American — and Danish — diplomatic traditions.” Observing that “the negotiated acquisition of sovereignty is a longstanding and perfectly legitimate tool of statecraft, particularly in the American tradition,” he points out that “more than one-third of America’s territory was purchased from Spain (Florida), France (the Louisiana Purchase), Mexico (the Gadsden Purchase) and Russia (Alaska).” In this, he is not wrong. Much has been written about the nature of American territorial expansion in recent days, so one would be adding little value to the discussion by echoing it again here. Less explored, however, and more intriguing, consequently, is the Danish tradition to which he alludes.

In this regard, Cotton is not wrong either. Denmark does indeed have a long history of pawning off, whether successfully or not, its more distant territories with economic motivations. As a 2015 paper by the historian Hannes H. Gissurarson makes clear, Iceland is a case in point. In the early 16th century, Christian II and then Christian III of Denmark offered Iceland to Henry VIII of England as collateral for loans on three occasions: in 1518, for 50,000–100,000 florins, and then in 1524 and 1535, but Henry VIII was not interested. In the mid-17th century, Christian IV of Denmark was willing to offer Iceland as collateral to Hanseatic merchants from Hamburg for a loan of 500,000 thalers, but that plan did not materialize either. As Gissurarson points out, the value of 50,000 florins in 1518 and 500,000 thalers in 1645 would translate as roughly $6.5 million and $6.4 million (in U.S. dollars) respectively in 2015.

By the late-18th and early-19th centuries, there were calls within Britain for the acquisition of Iceland. A Scotsman, John Cochrane, and an Englishman, Sir Joseph Banks, entreated the British government on several occasions — in 1785, 1801, 1807, and 1813 — to acquire Iceland, but, Gissurarson concludes succinctly, “the British Government did not think it worth the effort.” Over the next decades, however, Denmark sold to Britain most of its Danish (and formerly Danish-Norwegian) colonies in India: Serampore (Frederiksnagore) in 1839, Tranquebar (Dansborg) in 1845, and Nicobar Islands in 1868, though there were also negotiations between Denmark and Italy about Nicobar Islands between 1864 and 1868. Denmark also sold to Britain its settlements and forts in the Danish Gold Coast — Accra (Fort Christiansborg), Old Ningo (Fort Fredensborg), Keta (Fort Prinsentsen), Ada (Fort Kongensten), and Teshie (Fort Augustaborg), all in Ghana — in 1850.

Later, in 1867, the year the U.S. purchased Alaska from Russia, Denmark was negotiating the transfer of the Danish West Indies to the U.S. Earlier, Denmark had considered offering the islands to Prussia at the end of the Second Schleswig War in 1864 in exchange for Danish-speaking North Schleswig, but Prussia did not show much interest. Later, Denmark considered selling the islands to the U.S. in 1867–70 and then again in 1899–1902, but those negotiations — due to internal politics within the U.S. and Denmark respectively — fell through in the end. It was only following the negotiations of 1915–17 that the U.S. purchased the Danish West Indies from Denmark for $25 million and christened them the U.S. Virgin Islands. Back in 1867, the U.S. Secretary of State William H. Seward and former U.S. Secretary of the Treasury Robin J. Walker advocated the acquisition also of Greenland and Iceland from Denmark. While their plan did not go forward, Gissurarson notes that had the U.S. purchased Iceland at the same rate per square kilometer as it did Alaska, the value would still have been the equivalent of $6.2 million in 2015.

So, if Cotton is wrong neither about the many times that the sale and purchase of territories feature in American and Danish traditions, nor about the strategic importance of Greenland due to its vast resource wealth (especially in relation to rare-earth elements) and centrality to U.S. national security interests, where is he wrong? What appears to have skipped his and Trump’s attention is that since the U.S. purchase of the Danish West Indies in 1917, over a century has passed, and the world — suffice it to say — has moved on a little. At the macro level, countries do not simply purchase territories and their inhabitants from each other anymore just because doing so would make good sense for the buyer and because of the buyer’s assumption that the sold and the seller will be better off with the buyer assuming the reins, which is essentially what Cotton argues. This reeks of 19th-century colonial attitudes at their worst: paternalistic, patronising, exploitative, ignorant, visibility-depriving, consent-denying, and inequity-reinforcing.

The principle of Unity of the Realm denotes that the Danish Realm constitutes a unitary sovereign state, with its constituent parts — Denmark, Greenland, and Faroe Islands — having equal status within it. Greenland is no longer a Danish colony; it hasn’t been one since 1953; and it does not belong to Denmark. No matter how alluring Greenland may seem to Trump as a panacea to his woes, Denmark is in no position to give it away even if it wished. This is what Trump and Cotton ought to have realised at the outset. Any question relating to the future of Greenland is ultimately up to the Greenlanders — not to the Danes, the Americans, the Chinese, or the Russians. In this regard, one hopes Cotton would have learned a little from Trump’s folly, but apart from paying greater lip service to Greenlanders by outlining why they will be better off with the U.S., he appears much more consumed with telling them what is in their best interest rather than listening to them.

For Greenlanders who witnessed the stark difference in the U.S. federal response to disasters in Texas and Florida in contrast with Puerto Rico, who are familiar with complaints arising from Alaska about discrimination faced by Alaska natives and inadequate investment in the state’s infrastructure, and who recognize that the U.S. lacks the universal health care, free education, and other benefits of the Nordic model, the question that arises is whether or not they truly will be better off. As Greenlandic author Aka Niviâna shared with NBC News recently, “I have been asked if I can see any possibility of positive consequences if the U.S. were to buy my home; as you may have guessed, I cannot. I see how Trump treats his own native population and nothing he has ever said or done makes me believe that we would be treated any better.”

What Cotton and Trump need to recognise is that the need of the hour is not for them to sell their idea further, but to take a break and to listen to the people whom their idea concerns. They may find that Greenland is already fertile ground for closer relations with the U.S. in every dimension, whether security, business, or infrastructure investment, which is precisely why talk of acquisition — wholly unattractive to a people on the path to independence — will only prove counterproductive. The solution is simple: just respectfully listen.