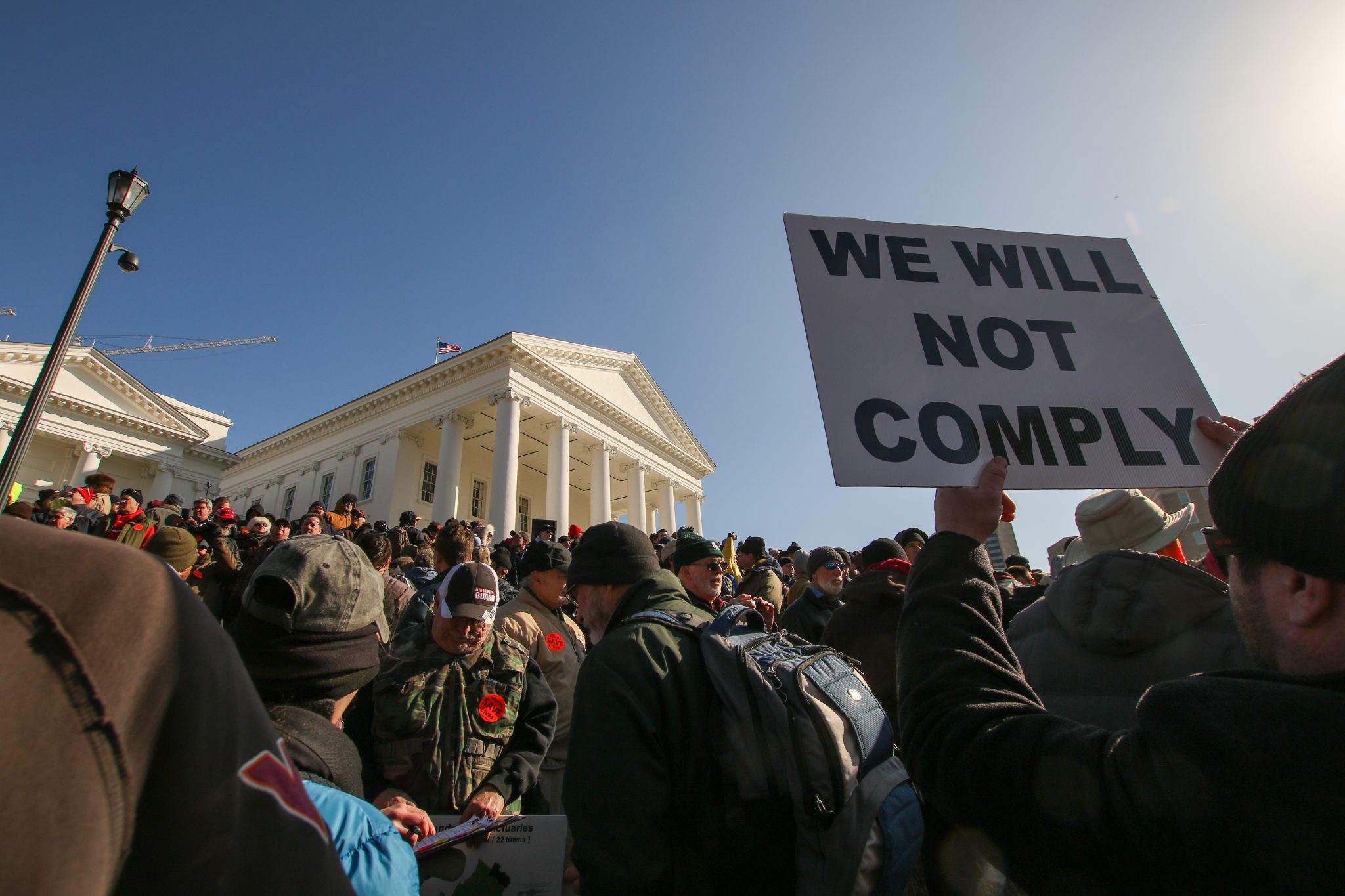 On January 20, 2020, the nation turned towards Virginia as a massive Second Amendment rally took place in Richmond. Why did this “Right to Bear Arms” rally occur? Because Virginians were afraid of an aggressive legislative agenda aimed at gun ownership in a historically pro–Second Amendment state.

The gun grab legislation that fueled the pushback was proposed on January 10, when House Bill 961 passed with a 51-48 vote. This dubious legislation, in short, would have prohibited the sale, transportation, and transferring of newly defined “assault firearms.” The ill-fated bill also would have banned magazines with a capacity of 12 or more rounds, suppressors, and other elements — restrictions that are anathema to many residents of Virginia.

Fortunately, on February 17, HB 961 died in the Virginia State Senate. Unfortunately, the bill will most assuredly be resurrected in the 2021 session. The fight is far from over. Yet there is much to be learned from this close call in the Old Dominion.

Throughout the nation, many states and municipalities have engaged in verbal jiu-jitsu by arbitrarily redefining the term “assault firearm.” According to the “new” definition, several specifications would automatically transform lawful gun owners into felons.

Apparently, anti–Second Amendment lawmakers in Virginia want gun owners to turn in their weapons and magazines. Their proposed definition of assault firearm, shockingly, would have covered any semi-automatic rifle that uses a fixed magazine with a capacity in excess of 12 rounds, any rifle with a folding stock or suppressor, and any rifle with a threaded barrel that is standard for firearm aficionados.

To understand how intrusive this new proposed definition is, it is important to properly define the term “semi-automatic,” a term that has been hijacked and misconstrued by those who push against gun ownership.

Most rifles and handguns are semi-automatic by definition. All this means is that one must pull the trigger each time one would like to fire a round and a new round is loaded into the chamber after the expulsion of the previous round. This by no means allows for rapid firing, as proponents of bills such as HB 961 would like you to believe. The alternative to a semi-automatic firearm would be any firearm in which one must manually reload the rounds between shots, such as bolt-action firearms, lever-action firearms, and revolvers.

Although Virginia lawmakers with an anti-gun agenda are trying to portray ordinary rifles as machine guns, this is simply not true. Machine guns are rapid-fire devices, meaning you hold the trigger down as multiple bullets are released. Ordinary semi-automatic guns do not — cannot — do this.

In terms of the 12-round magazine capacity, the standard magazine included in firearm purchases from handguns to rifles includes anywhere from 15 to 30 rounds. This means that thousands of lawful gun owners would have to surrender their magazines and purchase smaller ones, or purchase magazine blocks — inserts that act as a block at the bottom of magazines to limit the round capacity.

This new definition of an assault firearm punishes law-abiding gun owners, who have already taken all the necessary and legal steps to purchase their firearms. Sales taxes and firearm sales taxes were applied when these firearms were originally purchased, but now these gun owners, threatened with the fear of criminal penalties, must make additional purchases to continue to lawfully exercise their Second Amendment rights.

It is clear that the gun legislation attempted in Virginia is just the latest example of politicians trying to make it more difficult for lawful residents to own firearms. No doubt, this is just the beginning. Already, several contenders for the Democratic Party’s 2020 presidential nomination support gun buybacks and even more draconian measures that would trample all over the Second Amendment. Even worse, many municipalities have already converted their constituents into felons through firearms laws that do not pass constitutional muster. Highland Park, Illinois, for example, passed an ordinance that bans “assault weapons” and magazines that can hold more than 10 rounds.

Like most things in life, once a trend takes hold, it is difficult, if not impossible, to stop. That’s why more Americans should follow the lead of the Virginians (and many Americans from other states) who attended the Richmond rally and thus triggered a massive backlash on Virginia lawmakers’ misguided attempt to circumvent the will of the people when it comes to un-American and unconstitutional gun laws.

Samantha Fillmore (SFillmore@heartland.org) is the government relations coordinator at The Heartland Institute.