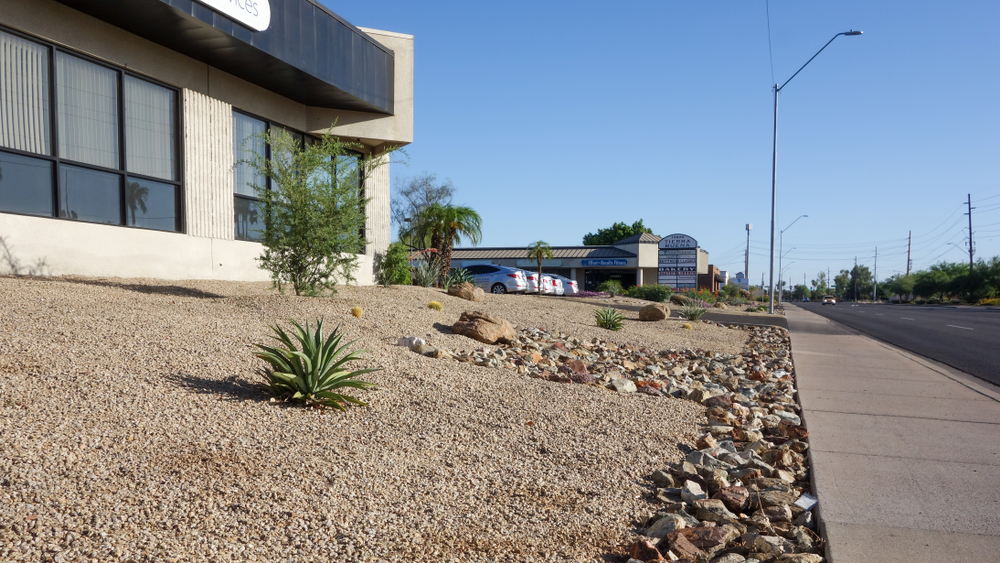 Water worries have shaken the Valley of the Sun. Every day seems to bring new tremors of “end is near” fear to its 1.8 million inhabitants.

The most recent temblor has to do with Superstition Vistas, a planned mini-city on the eastern edge of the Phoenix metro area, still in its infancy but designed to house a nifty 900,000 new Arizonans when built out — that’s two Tucsons. We’re two decades plus into a megadrought — the worst in 1,200 years, we are told — and the press (and some officials) are wondering: Where’s the water for this “San Fernando Valley of Phoenix,” as it’s been called, going to come from?

This news comes on the heels of breathless reports questioning the health of the Colorado River. The viability of the region’s main artery, the lifeblood to Arizonans and millions of Americans in six other states, is in jeopardy. The water level in the two largest reservoirs in the United States, both on the Colorado, is dropping precipitously.

One of the two, Lake Powell, on the Utah–Arizona border, is the lowest it’s been since the Glen Canyon Dam was constructed in 1963. If the water dropped by 35 more feet, the lake would hit “minimum power pool,” and the dam would be rendered incapable of generating hydroelectric power, which would inflict electrical instability onto a huge dependent area, from Nevada to Nebraska. In addition, the lake level would recede beneath the intake valve that supplies drinking water for both a nearby Navajo Nation community and Page, Arizona, thus jeopardizing the town of 7,500 that is the launch point for the Grand Circle of tourist attractions — Horseshoe Bend, Antelope Canyon, and Lake Powell — not to mention Lees Ferry, the actual launch point for most of the Grand Canyon rafting trips.

Down the Colorado River by 300 miles is Lake Mead, the country’s largest reservoir, which, with Lake Powell, sources 40 percent of Arizona’s water. The water level there is the lowest since 1937, a year after Hoover Dam was finished, and the bathtub ring around this huge body of water has grown so significantly that 55-gallon drums stuffed with human remains and dumped in the water during boon times are turning up on the newly dried lakebed (it looks like what happens in Vegas sometimes ends up in Lake Mead).

In addition, the amount of groundwater being tapped for new housing and agriculture is depleting Arizona’s water tables and drying up many a rural well. And the snowpack in the Colorado Rockies, the source of the Colorado River, is melting at a “ridiculous” rate that portends below-average flows this summer.

All this while experts expect the population of Arizona, one of the nation’s most popular move-to destinations, currently at 7.1 million, to increase by 40 percent by 2035 and to number 13 million by 2060.

The question is this: Is one of the greatest desert civilizations ever created, a marvel of ingenuity and planning, of inventive use of dams and canals, which has been booming for half a century and is still drawing in new residents and businesses by the hundreds of thousands and thousands, respectively, in jeopardy because of water scarcity?

The current reservoir shortages will be met by expeditious movement of water from other Colorado River Basin man-made lakes and by usage curtailments by states in the river’s catchment area. Flaming Gorge Reservoir, on the Wyoming–Utah border, will be tapped to shore up Lake Powell, and sufficient water will be released from Glen Canyon to keep Lake Mead above the danger level. As for cutbacks, Arizona’s share of Colorado River water will be reduced by 512,000 acre-feet this year, or 166 billion gallons. That’s 8 percent of the state’s annual usage, which will be made up from other sources. Such mitigation measures decrease the chances of either reservoir dipping below the danger level.

Pain from the cutbacks in water supply will affect daily life in the Phoenix area minimally, if at all. Unlike Las Vegas, which gets nearly all its water from the Colorado and must impose outdoor watering restrictions — enforced by “water cops” — Phoenix and its suburbs have accumulated stores of water underground to offset reductions in river supply and are set for now, although that could change with future years of Lake Mead shrinkage.

While worrying to many, the water situation in the state is stable. Writes water expert Keith Schneider:

State lawmakers and business executives have anticipated the confrontation for nearly a decade and insist that there is no immediate crisis. More than 13 million acre-feet of water — a nearly two-year supply — has been purposefully stored in underground reserves specifically for use in emergencies.

There might be a hint of chamber of commerce–speak in Gov. Doug Ducey’s entreaty to the nation’s businesses and house-construction industries, to wit, “Arizona is open for business,” but, by and large, his optimism seems warranted. Continues Schneider: “That’s true, for the time being, for the more than 5 million people in Phoenix and its suburbs, and the 1 million residents of metropolitan Tucson. Both cities have developed secure sources of water, and applied effective techniques of water conservation, recycling, and reuse.”

This is not to gainsay current problems, one of which is diminishing groundwater, especially in rural areas. While 60 percent of the state’s water comes from surface water — from reservoirs and rivers — the other 40 percent comes from the ground. At one time the state’s aquifers held the equivalent amount of water to Lake Ontario. But desert aquifers are essentially finite, and of variable depth and distribution; also, much of this groundwater is unusable, with a high degree of salt.

The water table is being tapped energetically by widespread, water-intensive farming and by housing construction. While groundwater consumption is restricted in more populous areas of the state — there are five designated zones governed by the Ground Management Act — no such governance controls the remainder of the largely rural state. Irrigation for feed crops for huge dairy farms and for nut farms — pecans and pistachios, among others — sucks up so much of the groundwater in Cochise County, in the state’s southeast, that the wells of hundreds of residents living near these farms have gone dry. In Mohave County, in the northwest, a nut farm can legally draw unlimited gallons, in the thousands per minute, to irrigate its trees, compared to the average household in Kingman, the county seat, which uses 250 gallons a day.

Officials in these two counties are imploring the state to allow more local oversight of groundwater usage, but that pits the water rights of property owners — a cherished American ideal — and the economic boost these major agriculture businesses pump into the community against the water interests of local dwellers. State government has been largely unresponsive to locals’ pleas.

Water problems might look onerous when viewed in the aggregate — the big river is running low, the big reservoirs are at 30 percent capacity, officials are realizing that the groundwater supply is finite, and much of the Rocky Mountain snowpack hasn’t made it to the big reservoirs in the past few years — but Arizonans are a resourceful people. They constructed a thriving oasis in the midst of a rainless plain through invention and determination, an oasis that is currently at peak quality-of-life and economic-viability levels, and they say they have planned for dry times and, in addition, are determined to maintain their living standards. (READ MORE: Shrugging at Drought)

Ducey is all in on developing new water supplies. He wants the Legislature to budget $1 billion to study new ways of acquiring water for the state and seems particularly keen on building a desalination plant that, he hopes, would deliver 250,000 acre-feet of water annually. Already the state recycles wastewater to the tune of 500,000 acre-feet annually, which is used for landscaping and to water golf courses and cool the state’s only nuclear power plant, Palo Verde; Ducey would like to see that number increase.

Other remedies include changing water-use patterns. In short, much of the state’s water currently goes into irrigation. Said former governor Bruce Babbitt, “The economic reality is that irrigated agriculture uses 70 percent of Arizona’s total water use for 2 percent of the state’s total G.D.P.” He continued,

What we ought to be doing is setting up a regulatory system which provides incentives to move a small proportion of that irrigated agricultural use into urban industrial use. If you reduce the agriculture footprint in the state by 10 percent, that would free up nearly a million acre-feet of water, which would easily be enough for the entire foreseeable future for urban industrial use.

The Willcox basin, in the southeast, is losing approximately 182,000 acre-feet of water per year to water-intensive farming, an amount that could supply about 550,000 average homes in the Phoenix area.

The state is still bullish on growth, however. “We use less water today in Arizona than we did in 1957,” said Ducey in February. Nonetheless, worry for the long term remains. Writes Schneider:

Though future weather conditions are always difficult to accurately predict, a worst-case scenario for Arizona looks like this: Population growth stops. Residents start to migrate in droves away from the stifling hot and dry state. Home values collapse. The state enters an era of relentless decline. By 2060, according to several published projections, extreme heat and water scarcity could make Phoenix one of the continent’s most uninhabitable places.

But it will rain again. These droughts come and then they go. And go is what this current drought will do as well, as all droughts in the history of the American West have done before it.

In the meantime, people who live in a desert can live as people in a desert should — utilizing common-sense conservation techniques like going easy on car washing and lawn watering, converting to a drip system or even xeriscaping their yards — 70 percent of residential water use is outside the home — and generally treating water as the crucial natural resource it is.