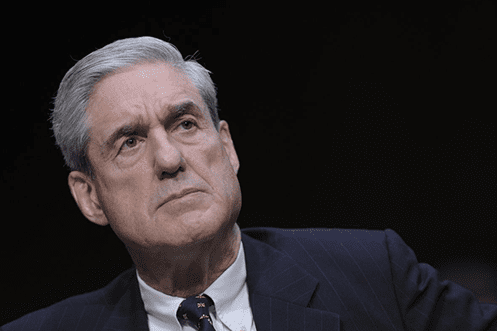 He will serve about two years for helping elect Donald Trump. But that’s not the crime he was charged with.

Recall that six weeks ago U.S. District Judge Denise Louise Cote had sentenced the disgraced 53-year-old former congressman to imprisonment for 21 to 27 months. Facing a draconian ten-year sentence if convicted (Of what? “Felony multiple ‘sexting’ with an underage female”?), the once glib poster boy for progressive Democrats plea-bargained guilty to one count of transferring obscene material to a minor, a “heinous crime,” so reported the New York Post. At his sentencing, Weiner did not stop crying until the courtroom emptied.

How far has Weiner fallen? After working for then Congressman Chuck Schumer for six years, Weiner in 1992, in classic Democrat identity politics, won a “Jewish” city council seat on New York’s bloated (51 seat) city council, partly by smearing his main opponent, also Jewish, as aligning somehow with supposedly anti-Semitic African Americans. Six years later, when Schumer ran for Senate in 1998, Weiner was elected to Schumer’s congressional seat, and then reelected repeatedly, and overwhelmingly. But even the liberal media would later criticize the volatile Weiner for yelling and even throwing furniture at his understandably high turnover staff. A demagogue, he criticized UN diplomats for not paying parking tickets but used congressional privilege to similarly stiff the city of more than $2000.

He was shrill, partisan, and divisive. He announced, “Every single Republican I have ever met in my entire life is a wholly owned subsidiary of the insurance industry,” and then supported Obama’s collusion with insurance companies and subsidizing them. Weiner legislated to make selling cigarettes in violation of any state tax law a federal felony because “kids have easy access to tobacco products sold over the Internet.” And what about the minors who had online access to the toxic Weiner?

More seriously, what about obscene cigarette taxes imposed by Weiner’s fellow progressives? Consider Eric Garner, an African American entrepreneur, who was allegedly illegally selling cigarettes on New York streets, so smokers could evade the $5.85 per pack tax. Garner died on July 17, 2014 as a result of a police chokehold, the consequence of leftist Mayor Bill de Blasio’s crackdown on cigarette vendors. And somehow for Weiner’s fellow progressives, this tragedy involved racism or was the cops’ fault.

Perhaps incarceration is karma for Weiner, who long championed the overreaching prosecutors and runaway judges of the regulatory state. I don’t respect Weiner. I don’t like him. I don’t condone his behavior. I will not defend him. But should Anthony Weiner be going to prison today?

“Because of the defendant’s notoriety, gained well before he engaged in this criminal activity, there is intense interest in this prosecution, in his plea, and his sentence,” Judge Cote said. You see, Weiner had a record of “priors” — not of convictions, or even arrests, but prior “notoriety” — that is, redundant public scandals embarrassing the Democratic Party. But why should this “notoriety” affect his sentencing?

Remember that in 2011 Weiner resigned from Congress after accidentally posting his penis on Twitter, then denying ownership, only to confess to serial “sexting.” Unlike most Republicans involved in sex scandals who are consigned to political oblivion, most Democrats thrive, as noted in my new book Whiplash! In the era of progressive theology masquerading as television drama (e.g. Designated Survivor), here was a politically correct love story that could have been featured on the longer-running contrived television program Madame Secretary: The Jewish Weiner had married feminist Muslim Huma Abedin, the girl wonder behind the secretary of state destined to become the first woman president. No surprise that African American Keith Ellison, the only Muslim in Congress, endorsed Weiner for mayor of New York. And Weiner was a strong contender in 2013, soon running first in the mayoral polls, until his campaign collapsed, but only after Internet porn star Sydney Leathers entrapped the Internet-surfing Weiner (as “Carlos Danger”) into exchanging explicit photos.

But Anthony crossed the line during the pivotal Democratic presidential primaries last year. Bernie suspected, but did not then know, as Donna Brazile belatedly certifies, that things were fixed for Hillary, and the race appeared competitive. Weiner, the impulsive husband of high profile Huma, Hillary’s longtime protégé, imprudently responded to online overtures from a 15-year-old. If only her name were Natasha, Weiner could have blamed it on Putin. Alas, Weiner went shirtless, and then things really took a wrong turn. A politician who could sell Obamacare, no wonder Weiner convinced the teen to get naked on camera and fondle herself. But it did not take much convincing, according to the teen who looks like a 30-year-old mother of three; she said “their relationship was consensual and begged her father not to press charges.” The girl is not named because she is a minor, yet her father gave permission for the “victim” to be interviewed on television. And Weiner’s nemesis, provocateur Sydney Leathers, had encouraged the girl to report Weiner to the FBI.

Like trains in the night, the “pervert” and “innocent victim” never met. Contrary to the typical Law and Order SVU script, Weiner did not bring condoms to a Manhattan hotel room staked out by Lieutenant Olivia Benson. Regardless, his sordid colloquy became public, commencing an investigation by both the NYPD and FBI, and Huma separated from her husband. On September 21, at the height of the presidential campaign, the FBI seized Weiner’s laptop as part of its investigation of Weiner. After Hillary’s emails were found on that laptop, FBI Director James Comey announced in a letter to Congress on October 28, ten days before the election, that he was reopening the FBI investigation of Hillary. Statistician Nate Silver of 538, in his final prediction on Election Day, gave Hillary a 71% chance of winning. When Clinton lost, Silver blamed her defeat on the Comey letter, and so did many prominent Democrats, including Hillary herself in her recent tell-not-all book What Happened.

Even if the Comey letter tilted the momentum toward Trump, Hillary’s defeat was hardly preordained. The real explanation for Hillary’s defeat is simple: Despite her estimated $1.5 billion campaign, Hillary did not allocate enough money (or time) to Michigan, Pennsylvania, and Wisconsin, especially in the closing two weeks, when her arrogant strategist even suspended tracking surveys in those key states, which she lost narrowly but easily could have won, Comey or not.

But given the perception that Comey’s letter caused Hillary’s electoral defeat, then Weiner as catalyst surely must be the culprit. And therefore Weiner should be punished for the crime of cause-to-effect.

Like many regulatory agencies that provide training for future lobbyists, the Department of Justice has become a similar revolving door. Judge Cote was once a federal prosecutor. So was Weiner’s attorney who headed the New York public corruption unit. He defended his client thusly: Weiner did not prey on underage females, because he “was in contact with as many as nineteen adult women at the time.” This is the kind of high-priced legal talent that advised Harvey Weinstein’s company to include in his employment contract a penalty for sexual misconduct and simultaneously maintain the company’s ignorance of such misconduct.

Before sentencing, Weiner already had lost his marriage and custody of his son. How did Judge Cote react to Weiner’s progress in psychiatric treatment? She still insisted on the prison term and a fine. Besides, Weiner later will participate in approved outpatient sexual offender treatment. He also will serve three years of supervised release. And he will register forever as a sex offender, with restricted mobility. Worst of all for Weiner, the court made him surrender his iPhone. Think of what he could have done with facial recognition.

“General deterrence is a very significant factor in this sentence,” emphasized Judge Cote. Will the millions of “sexting” teens stop, if not now, then at age 18, when their prosecution is more likely? This is a judge avenging Hillary.

“I knew that Hillary Clinton would be running for president in the year 2016,” the “victim” told Inside Edition in her televised interview. “I wanted to see if Anthony was still up to the same antics.” In full entrapment mode, she directly messaged him: “Hello, I’m a huge fan.”

She documented her interactions with Weiner, photographing her phone to preserve messages, looking to generate material for a book she tried to shop to publishers.

Was Weiner grooming the teen? But he did not have sex with her, did not meet her or even seek to meet her. What he did was wrong. But the federal laws, pre-Internet, were intended to prohibit mailing obscene materials containing child sexual acts. What about prosecuting the teen for sending obscene material of a minor (herself)? Or prosecuting her clueless parents for contributing to the delinquency of their daughter who solicited Weiner?

In sentencing Weiner, Judge Cote said it was irrelevant that the 15-year-old girl contacted Weiner first through Twitter to gain material for a book and later sold her story to a British tabloid for $30,000. “The laws fully protect her,” said Cote, appointed to the bench by President Bill Clinton, whose exploitation of women is legendary; his accusers, like Harvey Weinstein’s victims, claim over decades not “sexting,” but sexual assault or even rape, as detailed long ago by Bob Tyrrell and The American Spectator.

Judge Denise Louise Cote is a creation of the Clintons. Did Judge Cole, in sentencing Anthony Weiner, act out her resentment of Weiner’s sabotage of Hillary Rodham Clinton?