Blog,Top Story Education,Race Another Racist Hoax Is Solved - The American Spectator | USA News and Politics
Menu
Blog
Another Racist Hoax Is Solved
The superintendent said the culprit’s race “does not diminish the hurt it caused.”
by Ellie Gardey
A student at Parkway Central High School protests after racist messages were found on the bathroom walls. (Youtube/KMOV St. Louis) 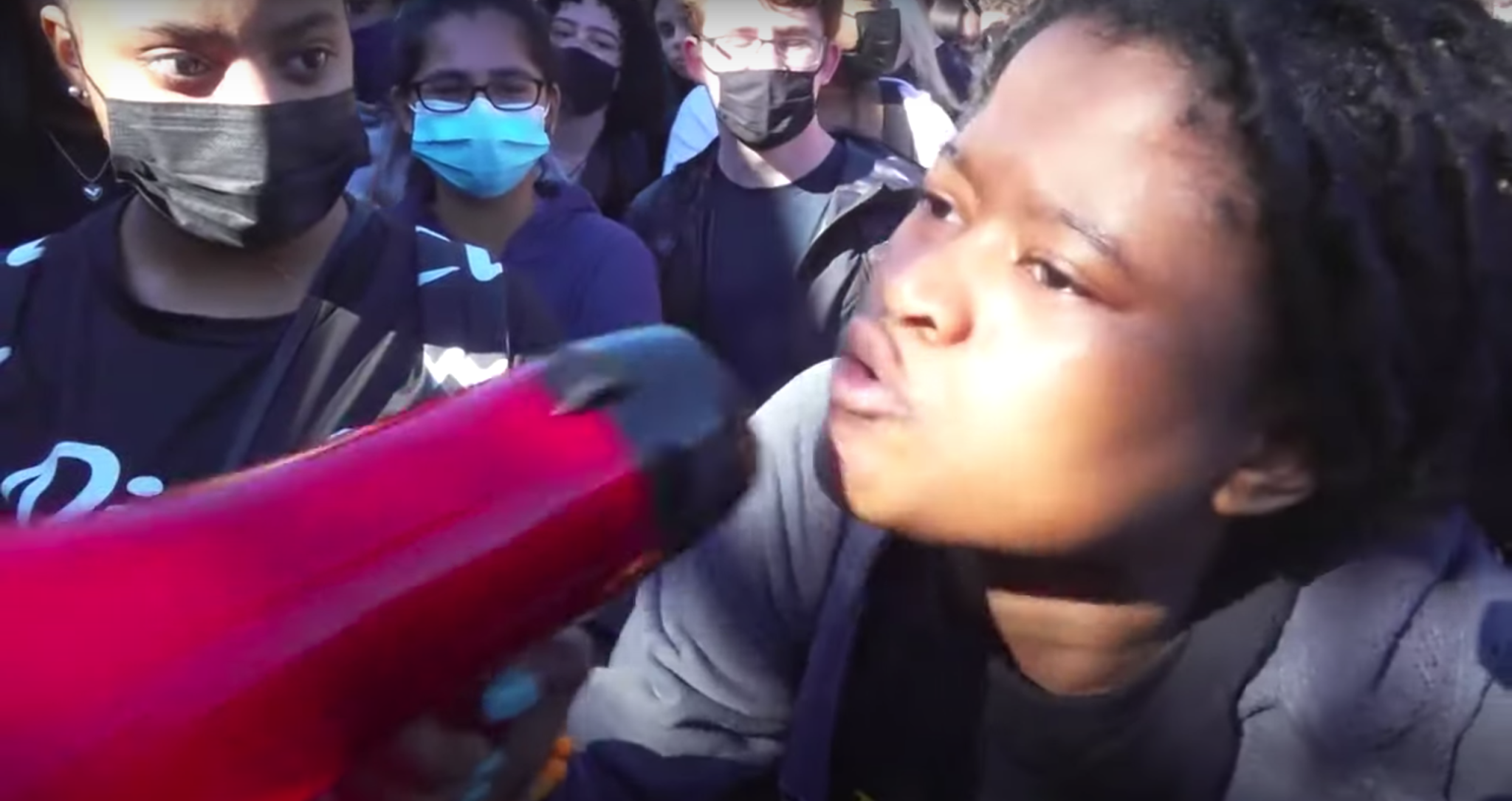 Students at multiple high schools in the St. Louis area walked out of class last week to protest the messages.

“We are tired, we are angry, we need change,” sophomore Shayneisha Allen told Parkway Central High school principal Tim McCarthy through a megaphone.

The Parkway Central protest included about 1,000 students. According to the St. Louis Post-Dispatch, some students “cursed and shouted” at school administrators while circling them.

Student Paige Piromsuk was in tears as she said, “School is supposed to be a safe place.” Her classmates placed hands on her shoulders to comfort her.

The racist graffiti at Parkway Central even included a death wish upon black people.

Superintendent Keith Marty said in a letter to students, parents, and teachers that the culprit’s race “does not diminish the hurt it caused or the negative impact it has on our entire community.”

“We cannot presume the reasons a student would do this and it will be important to understand why this happened as we move forward,” he added.

He said the student will face “severe disciplinary consequences.”

Brittanee Jackson, a senior at Parkway Central, said that the revelation that a black student had written the racist messages was “embarrassing.”

Marty said in his letter that he is “proud” of the students who participated in the protest. The letter did not include an admonition against the students for cursing and surrounding school officials.

This is not the first time that a racist hoax has hit Parkway Central.

In 2017, a non-white student of unspecified race was caught writing “White lives matter” and a “racial slur.”

Marty said in a similar statement responding to that situation, “The student responsible is not white, however this does not diminish the hurt it caused or the negative impact it has had on our community.”

Wilfred Reilly, a professor of political science of Kentucky State University, says in his book Hate Crime Hoax that “a huge percentage of the horrific hate crimes cited as evidence of contemporary bigotry are fakes.”