by R. Emmett Tyrrell, Jr.
“We are the ones we’ve been waiting for.” (YouTube screenshot) 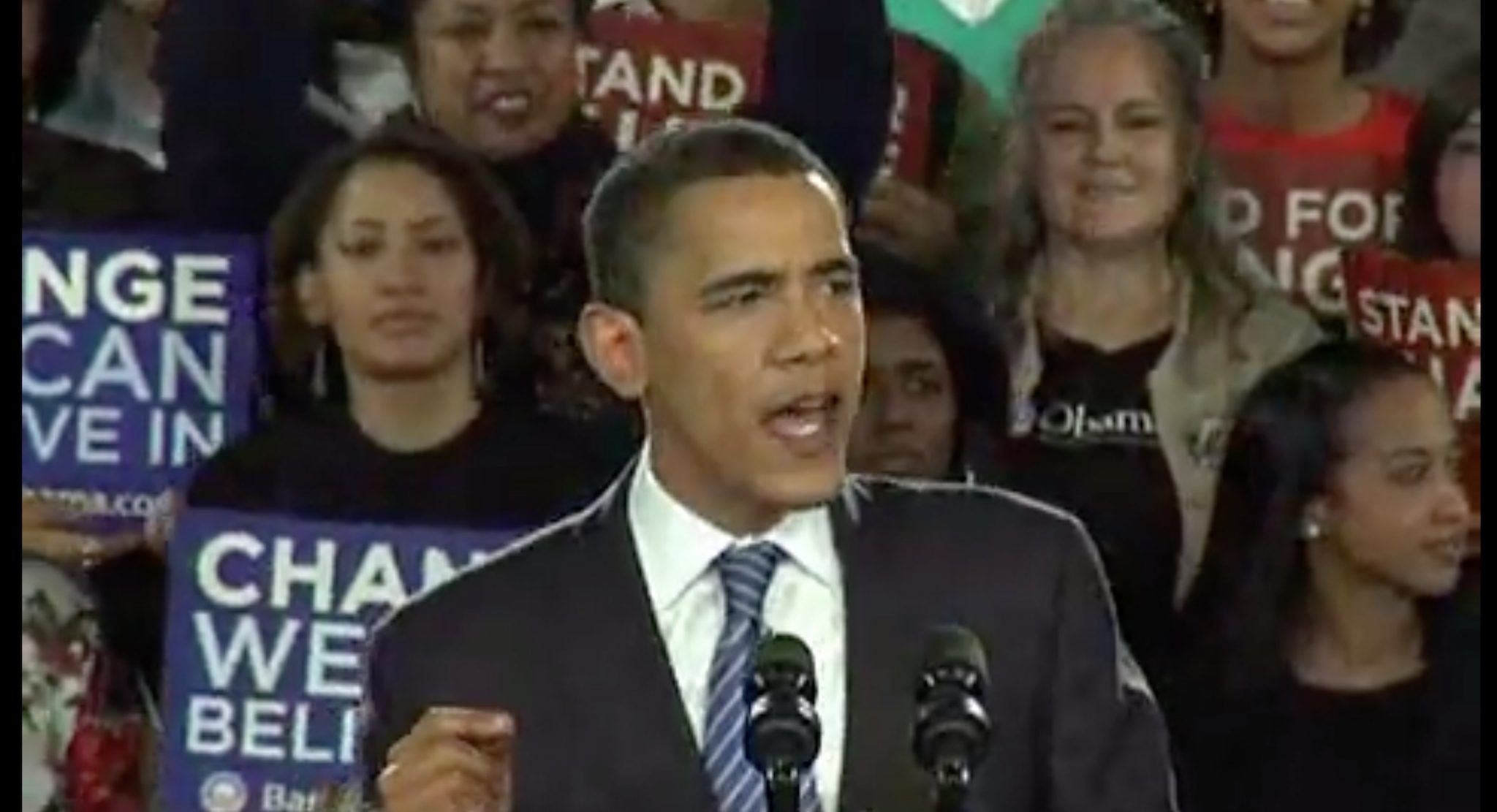 There is a new book out that bids fair to win this year’s J. Gordon Coogler Award for the Worst Book of the Year, and remember the year has just begun. The dreadful effort is The Ones We’ve Been Waiting For: How a New Generation of Leaders Will Transform America. Its author is Charlotte Alter. The book takes its dreadful title from a dreadful speech given back in 2008 by presidential candidate Barack Obama, entitled, dreadfully enough, “The Ones We’ve Been Waiting For.”

The book is another of those My Generation–obsessed books that have been appearing regularly since the most My Generation–obsessed generation arrived on the scene. That would be the Baby Boomers of the 1960s. It has been a generation that utterly failed to live up to its promise of being “the most idealistic generation” of all. In terms of spreading venereal disease, drug addiction, petty criminality, and various other social pathologies its members made great strides. But that is about it.

Yet America continues from generation to generation to rave about the rising generation. The Ones We’ve Been Waiting For is a panegyric to the so-called millennial generation. Ms. Alter tells us that the generation is going to “change” America, though it contains people as dissimilar as the conservative representative from Texas, Congressman Dan Crenshaw, and the socialist representative from New York, Congressgirl Alexandria Ocasio-Cortez. The former defended our country in Afghanistan before entering the House of Representatives. The latter was a bartendress before entering the House to begin her daily rant against America. Aside from their age, these two politicos have nothing in common.

Nonetheless, the New York Times’ reviewer of The Ones We’ve Been Waiting For gives the millennial generation a left-wing coloring, saying, “Saddled with student debt, freaked out by climate change and school shootings, and driven by a sense that their parents aren’t going to fix any of these problems, millennials … are ready to harness their political potential.” To what purpose? Are the conservative members of this millennial generation just going to fade away? Or are Congressman Crenshaw and his like-minded millennials going to become socialists? As I said at the outset, this is a dreadful book based on an impossibility.

When Barack Obama said from the campaign trail back in February 2008 that “We are the ones we have been waiting for,” he said a nonsense. One cannot wait for the arrival of one’s self. It is an impossibility. Contrary to Obama intoning from the campaign trail and contrary to the author of this book today, one cannot meet one’s self, not even after surgery, not even after transgendered surgery. Even the gifted Obama cannot meet himself, though he might want to.

Yet Obama got away with this nonsensical statement. The media and the intelligentsia gave him a pass, and I suppose the same elites will give Charlotte Alter a pass. Our country is stuck with a pretty stupid elite. Look around you: there are probably a lot of stupid books like this. The J. Gordon Coogler committee that works so hard is going to be very busy this year.

Which brings me to the literary reputation of the former president. You will recall that when he arrived in the White House people began murmuring about the precise authorship of his masterpieces, Dreams From My Father and The Audacity of Hope. They said he did not write them. Rumors spread that he could not write. Now word has it that his memoirs have not turned up at his publisher’s office. He is not months behind. He is years behind schedule. How can this be? Is it possible that he is not what the literary elites told us? He is not the author of the greatest presidential memoir ever, just of the line, “We are the ones we have been waiting for”? If this is so, it is clearly another black mark for the elites.