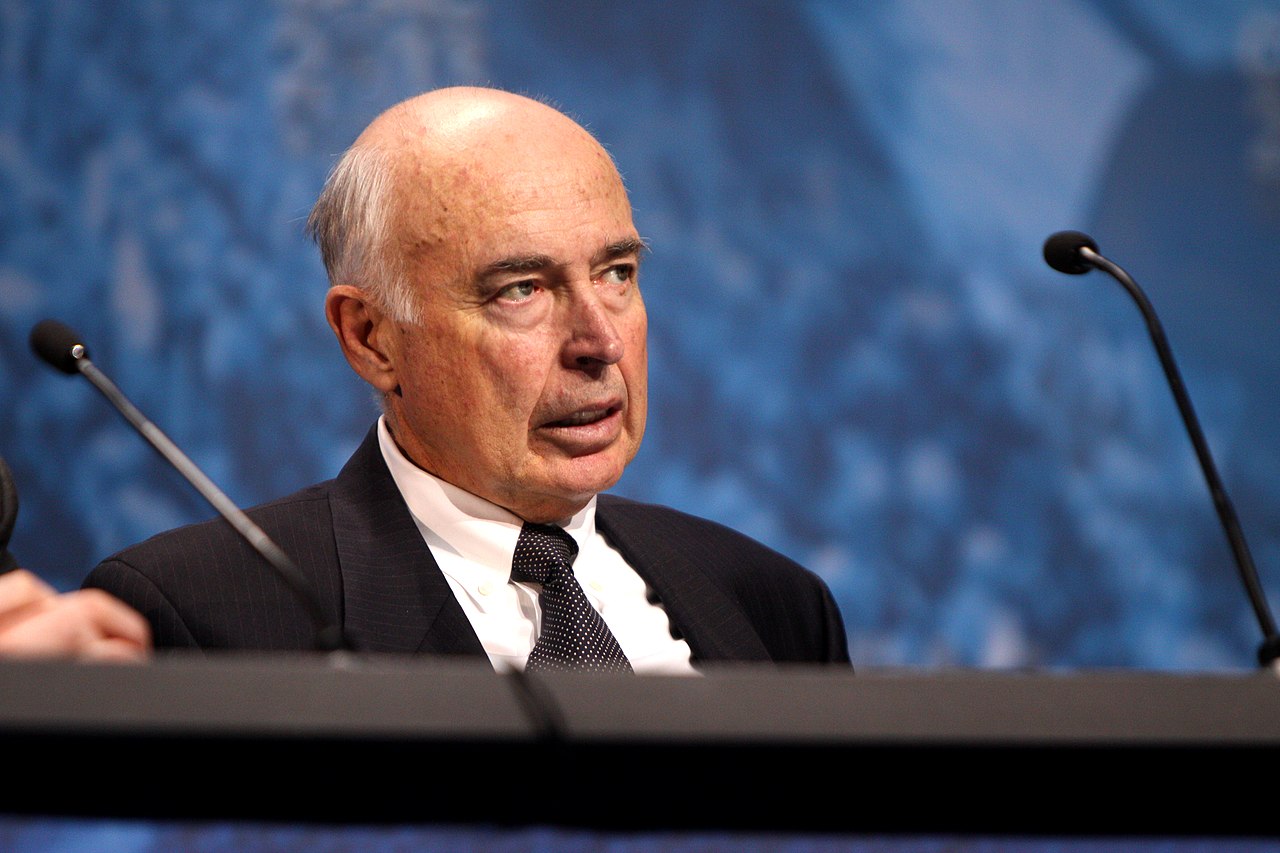 The New York Post reports that the Biden administration is sending U.S. ground troops back to Somalia, reversing the Trump administration’s pullout from the unstable East African country in December 2020-January 2021. “We are proud, first and foremost,” the Post quoted an unnamed U.S. official, “to be supporting the Somalis’ own efforts to rebuild their own state and we are working closely with other international partners.” America under the progressive bureaucrats of the Biden administration is once again in the nation-building business. Fox News adds that a senior administration official told the New York Times that the redeployment of troops to Somalia includes targeting suspected al-Shabab terrorists in order to reduce “the threat to a level that is tolerable.” Not victory over the terrorists, mind you, but allowing for “tolerable” threats. The brief Trump interlude of an “America First” foreign policy has been tossed aside. The late, great Angelo Codevilla would not have been surprised.

Angelo Codevilla was as comfortable with the Italian Niccolo Machiavelli as he was with American John Quincy Adams, and that is fitting for that Italian-born genius who emigrated to the United States and became a U.S. citizen in 1962. His last book, America’s Rise and Fall Among Nations — published posthumously after Codevilla’s untimely and tragic death at the age of 78 in a car accident in September 2021 — is a brilliant dissertation on statecraft based on the ideas and experience of those two political giants.

During his career as a naval officer, foreign service officer, professor of international relations (Georgetown, Princeton, Boston University), and Hoover Institution fellow, Codevilla authored 14 books, including The Ruling Class, To Make and Keep Peace Among Ourselves and with All Nations, No Victory No Peace, and Advice to War Presidents. In 1997, he translated Machiavelli’s The Prince. I first read him when I reviewed The Arms Control Delusion (which he co-authored with Sen. Malcolm Wallop) in Presidential Studies Quarterly (summer 1989 issue). That book, which appeared in 1987, was a devastating, fact-based critique of arms control efforts throughout history, from the Washington Naval Conference after World War I to the SALT treaties of the 1970s and the disarmament movements of the 1980s. His writings appeared in The American Spectator, the Claremont Review of Books, the Wall Street Journal, National Review, Commentary, American Greatness, and other journals and newspapers.

America’s Rise and Fall Among Nations compares and contrasts America’s statecraft from the founding generation through the presidency of Theodore Roosevelt to foreign policy under the leadership of the progressive establishment that has dominated American statecraft since the First World War. Codevilla rejects the idea that American foreign policy divides along the lines of liberal internationalists, realists, and isolationists. Instead, the great divide in foreign policy is between progressives who promote the interests of “mankind” and all nations equally, and the founding generation that looked exclusively to America’s interests. Codevilla calls the latter approach “America First,” borrowing from former President Donald Trump, and traces its roots to the foreign policy outlook of George Washington, Alexander Hamilton, and especially John Quincy Adams.

John Quincy Adams is the star of Codevilla’s book, but in the background, mostly out of sight but not out of mind, is Machiavelli. Codevilla, like Machiavelli, understood that all political systems — whether democracies, autocracies, oligarchies, or monarchies — are dominated by “ruling classes.” Codevilla’s book is an extended critique of America’s ruling class since the Wilson administration. And that critique is based on how far the progressive ruling class in America has strayed from the approach of America’s founding generation as exemplified by Washington, Hamilton, and John Quincy Adams.

The two key documents of the founding generation’s foreign policy are Washington’s Farewell Address and the Monroe Doctrine. The first counseled America to mind its own business; to attempt to get along with all nations; and to avoid foreign conflicts that don’t affect U.S. interests. The second warned other nations against intervening in areas of America’s vital interests. Together, they provided the guidance to America’s 19th-century statesmen that helped pave the way for America’s expansion across the center of the North American continent, “from sea to shining sea.” Both policies put “America First.”

Codevilla shows how Andrew Jackson, Abraham Lincoln, and their late-19th-century successors adhered to America First policies. He includes Theodore Roosevelt in that pantheon, which may surprise those familiar with Roosevelt’s progressivism, especially after his presidency. But while Roosevelt was a domestic progressive, he was a foreign policy America Firster who as president avoided unnecessary foreign entanglements while strengthening America’s power.

It was Woodrow Wilson who ended the Washington-Hamilton-J.Q. Adams approach to the world. America First was replaced by empathy, sentiment, and a progressive preference for helping mankind. America entered World War I, Wilson said, to “make the world safe for democracy.” Whereas Adams had cautioned America against going abroad “in search of monsters to destroy,” Wilson, writes Codevilla, “touted America as the champion of the rights of all peoples,” indeed, in Wilson’s words, as “champions of humanity.” Washington, Hamilton, and Adams would have choked on those words. America, Adams had written, was the well-wisher of freedom to all, but the champion only of her own.

Codevilla condemns the embrace by Wilson of the World War I peace treaty that was “pregnant with the bloody century of war that … followed.” After the war, Codevilla writes, American power grew, but American security declined. Franklin Roosevelt in the 1930s followed Wilson’s lead. Codevilla notes that after the Nazi-Soviet Pact, FDR “was torn between the desire to help Britain and the Democratic Party’s communist-friendly elements who supported Stalin.” And FDR toward the end of the war embraced Stalin as a potential partner for world peace.

“Whatever else may be said of [FDR] during this period,” Codevilla writes, “he surely did not put America First.”

Progressives during the Cold War effectively abandoned the goal of military victory in war and replaced it with a doctrine of avoiding confrontation with the Soviet Union. The key events here, according to Codevilla, were the Korean War and the Hungarian Uprising/Suez Crisis of 1956. Korea established a war paradigm of accepting stalemate or defeat rather than pursuing victory. That fundamentally was the meaning behind the firing of Gen. Douglas MacArthur, which was applauded by the American foreign policy establishment at the time and ever since. And the Korean debacle would not have happened without the “loss” of China to the communists in the late 1940s. Historians may one day look back on that event as more important than the fall of the Soviet Union in 1989-91. It set the stage for the Korean War, which established the paradigm for the Vietnam War and all succeeding U.S. wars.

Hungary and Suez in 1956 showed the folly of containment, according to Codevilla; or more precisely, showed that American progressives transformed containment into detente, with disastrous consequences. Here Codevilla sounds like the great American political philosopher and Cold War strategist James Burnham who in three post-World War II books and numerous columns in National Review promoted a policy of “liberation” as opposed to containment. Ever since the 1950s, Codevilla writes, “U.S. military forces at all levels have been planned and used in ways that have left them unable to secure victory, and therefore peace, on any level.”

America’s nuclear policy has been no different. U.S. nuclear superiority was surrendered voluntarily by successive administrations that adhered to the progressive view that prioritizes arms control and disarmament above all else. And successive administrations were also determined to forego missile defenses, leaving the U.S. vulnerable to nuclear attack and blackmail by the likes of North Korea, Iran, Russia, and China.

Codevilla understood, as Machiavelli did, that all ruling classes pursue policies that put them, not their country, first. America’s is no different. In this respect, America’s ruling class resembles the Guelphs and Ghibellines of the 13th- to 15th-century Italian states. Their primary goal is not to improve society, but to enhance their power and privileges; to this end, they will use deception, fraud, and coercion if it suits their purposes. (READ MORE: Angelo Codevilla, RIP)

Although Codevilla aims most of his criticisms at Democratic Party progressives, Republican members of the ruling class do not escape his searing scrutiny. President George W. Bush started two wars, expended American blood and treasure in an effort to transform Afghanistan and Iraq into Western democracies, and failed miserably primarily because he broadened the definition of America’s interests, and therefore, of victory in both wars. He lost them both. His successors made half-hearted efforts to end those wars, but the military-industrial complex resisted until at last the Biden administration pulled out of Afghanistan in humiliating fashion, undermining whatever was left of U.S. credibility in that part of the world. And now we are back in Somalia.

The only road to success in foreign policy, Codevilla writes, is to return to the America First approach of our founding generation; to emulate George Washington and John Quincy Adams; to end the dominance of the progressive ruling class over American foreign policy; to restore honor and respect to American statecraft; but to always keep in mind Machiavelli’s warning about surrendering too much power to any ruling class.