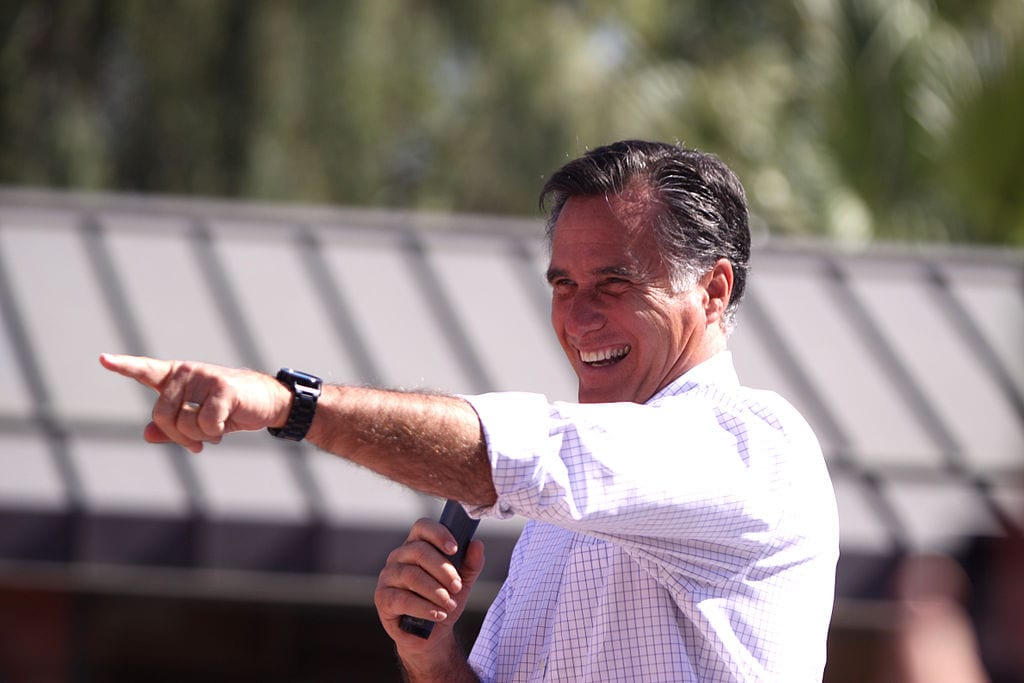 Mitt, Mitt, Mitt. How dreary and predictable is our Mitt and his purer-than-the-driven-snow conscience, which is more suited for the clergy or for a sheltered maiden aunt than for the rough and tumble of politics. If you’re bucking for sainthood, Mitt, as you appear to be, politics is not the right venue.

Sometimes you make Pollyanna seem like Machiavelli by comparison. If the movie biz decides to remake Sound of Music, you’d be a natural to play Maria. When you look at the bat-guano crazy, far-left Democrat Party that would be in charge and would try to make a people’s republic out of a once-free America should Clueless Joe win in November, we don’t need a Republican senator politically sandbagging our president, no matter how much you may disagree with some individual action he has taken. I’m not all that keen on a number of these myself. But I damn sure wouldn’t say things, as you have, that are bound to wind up in Democrat campaign commercials. Do you really want your legacy to be, “He helped enable a socialist takeover of America”?

My God, man, “Unprecedented historic corruption.” This is so high a flight of fancy you’re going to need clearance to land. And how did you get to be your age with so little knowledge of history? Some of it going on around you now. See the ongoing attempted coup by the Democrats and the Swamp. A little indignation about this would not be out of order. This is corruption on the grand scale. (On the current subject, a list of the sleazeballs pardoned by Obama and by Billy-Bob supplied on request.)

C’mon Mitt. Pay attention. Man up. This is serious.

P.S. I’m no fan of Roger Stone. But don’t you wish we would have used as much manpower and firepower at our embassy in Benghazi as we did to arrest Roger, KGB-style, in the middle of the night? Had we done so, those Americans who died there might still be with us.