News,Politics Brexit,European Union,Politics,Theresa May An Exit Too Far - The American Spectator | USA News and Politics
Menu
News
An Exit Too Far
by Frank Schell 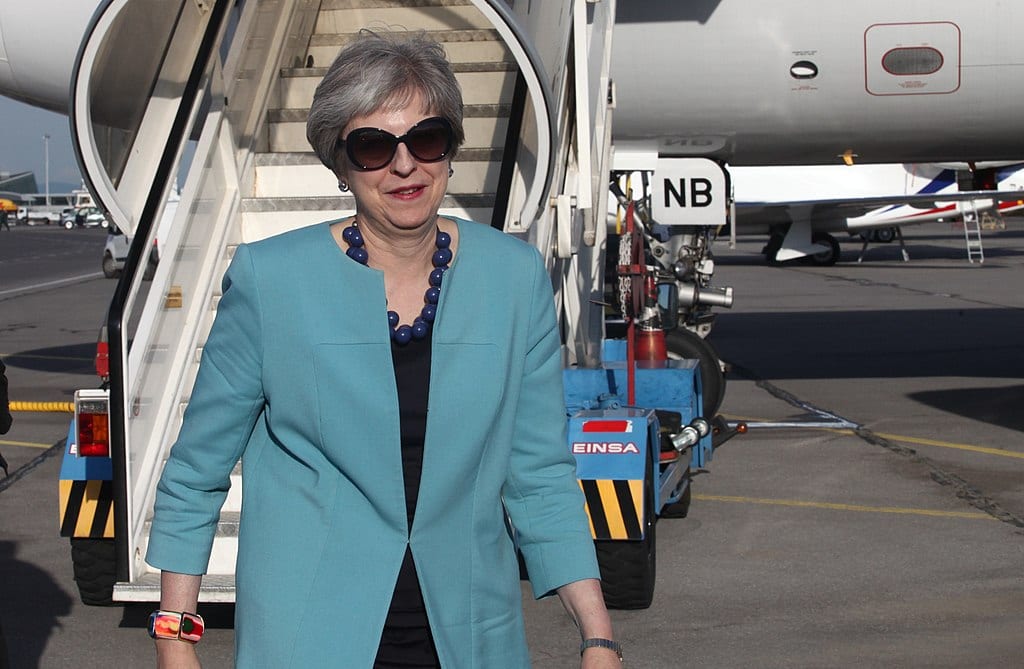 There is little doubt that the UK is fed up with interference from Brussels in its domestic and economic affairs. Having willingly entered into a collaborative framework with Europe under the Maastricht Treaty of 1993, with even earlier antecedents, many Brits now see the European Union as a misguided, socialist colossus, governed by an elitist Gucci shoe brigade of technocrats and bureaucrats in Belgium, raking in high salaries and benefits with a croupier.

To regain their sovereignty on issues of immigration, excessive regulation, trade, and taxation from the European Union, the British needed to “put a bit of stick about,” as the idiom goes. But they have engaged Europe on far too many fronts, and the resulting economic uncertainty has damaged the auto industry, slammed the pound sterling, increased inflation, caused leading banks to relocate some staff to Frankfurt and Amsterdam, led to a number of cabinet resignations, and put the future of Prime Minister Theresa May’s government in doubt. Moreover, there is much speculation about a no confidence vote. Britain “has declared war on itself,” as a New York Times opinion writer has recently put it.

Brexit is long on emotion and short on facts. First, based on purchasing power parity, the UK with a GDP of $2.9 trillion is in conflict with 27 other countries with a combined GDP of $18 trillion (CIA World Factbook). The comparison is not much different when nominal GDP is used. A single country broadly taking on the EU is like riding a wild animal, and it will probably end badly.

Second, a November 2017 report from the London School of Economics indicates that inflation has increased from 0.4% in mid 2016 to 3.0% about a year later, with the sudden 11% depreciation of the pound sterling following the pro-Brexit vote to be among the contributing factors. The rate of inflation is presently 2.4% and the UK currency continues to suffer from uncertainty.

Third, UK auto sales were down 20% in September year on year, with uncertainty on the part of consumers and businesses cited among a number of factors. Further, in a recent survey of 236 UK companies, 80% indicated they have already curtailed their investment plans because of Brexit. While the size of the sample is disputed by pro-Brexit forces, it cannot be disregarded.

Fourth, leading banks such as JPMorgan Chase & Co. and Goldman Sachs have announced that they are moving some jobs out of London in anticipation of Brexit — Dublin and Frankfurt are among the desired locations. Major relocations within the industry could undermine London’s status as a premier city of global finance.

The UK should have carved out immigration alone as the issue of focus. Membership in the EU limits control over one’s borders. This is argued by Brexiteers as being a national security issue, although it should be recognized that some terrorism has been perpetrated by individuals who are not immigrants but already British citizens. Repudiation of the immigration provisions of the EU would have been a focused effort for the UK to undertake — without the need for the 585-page existing draft covering a multiplicity of issues.

Apart from immigration and the as of yet unresolved status of the border between the Irish Republic and Northern Ireland, there is the ever-nagging intrusion of Brussels into daily life. One source counsels that the Portuguese cannot call their marmalade “marmalade” because it is made from carrots and not citrus. And certain lawn and garden products cannot be used because they contain chemicals objectionable to Brussels.

The antipathy some Brits feel toward the Continent extends well beyond Brexit: two interventions in world wars, coupled with few countries in Europe meeting their NATO financial obligation on defense do not sit well with the British people and with Whitehall.

The Brexit referendum took place in June of 2016. Since then there has been a caustic national debate as well as deterioration in Britain’s fortunes. What is needed is a cooling off period and another national referendum on Brexit, now that the British public is feeling the damage and tasting its bitter fruits.