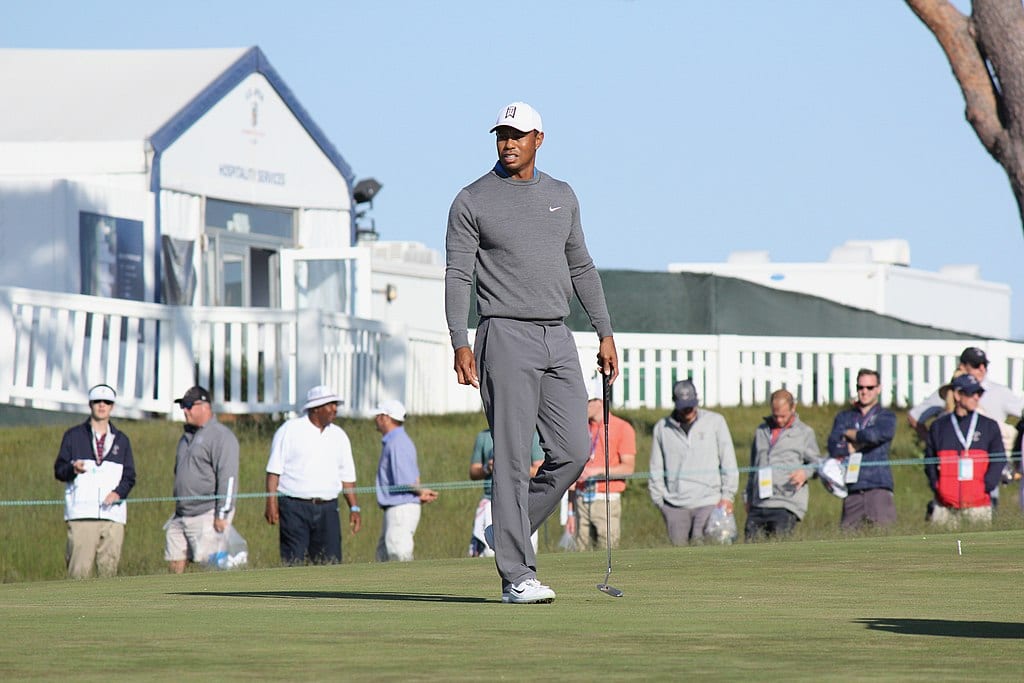 The Ryder Cup begins Friday with the most impressive U.S. team since 1981, after three straight golf seasons of dramatic storylines and an exciting cast of superstars, capped by a return to the winner’s circle by some guy named Tiger.

If you care a whit about sports spectacle, be sure to tune in as the Americans try to return from Paris with the first Cup title won on European soil since 1993. It may be the only thing that can draw Americans together in this age of Trump and Avenatti.

Oh, where to begin?

Let’s start with the U.S. roster, one by one, a lineup more impressive than any since Nicklaus, Watson, Trevino, and Kite turned in dominating performances back before dominance was considered a white, male, heteronormative concept.

Captain Jim Furyk is a nine-time Ryder Cupper, a former U.S. Open winner, a 17-time PGA tour title winner, and a sure-to-be Hall of Famer. His loudest team member will be Patrick Reed, this year’s Masters titleist, already a six-time Tour winner at age 28, and the best player on each of the past two U.S. Ryder Cup teams. He’ll be joined by a big-bashers’ row of Brooks Koepka, winner of an amazing three Major championships in the past two years; Dustin Johnson, the former U.S. Open Champion and current top-ranked player in the world; and two-time Masters champ Bubba Watson, coming off a three-victory season.

Webb Simpson has won a prior U.S. Open and, in a strong season this year, a Players Championship. Rickie Fowler, the current “best player without a Major,” also has a Players title under his belt.

Justin Thomas and Jordan Spieth might be the most accomplished contemporaneous pair of aged 25-and-under players in golf history (yes, in the whole history of the game), with four majors and 21 Tour wins already between them. Huge-hitting Tony Finau, with three Major top-ten finishes this year, and Bryson DeChambeau, a single-year NCAA and U.S. Amateur titleist (only the fifth one ever) already with four Tour wins at age 25, will probably be forces in the game for the next full decade.

They will be joined by the two greatest superstars of the past 25 years, Woods and Phil Mickelson, the latter playing in his mind-boggling 25th straight national Ryder or Presidents Cup team.

Of those 12 players, at least 11 (with Finau the lone possible exception) will almost surely end up in the World Golf Hall of Fame one day. That’s stunning, considering that fewer than 100 male professionals have so far been inducted for the full century of serious pro golf.

Not even the 1981 team led by Nicklaus, Watson, Trevino, Miller, Kite, Crenshaw, Floyd, Irwin, and Larry Nelson had 11 Hall of Famers.

This year’s European team is no slouch either, but fewer of its members have been “on form” lately or even this year, and if more than five of them are en route to Hall of Fame careers, I’ll jump in the pond at TPC Sawgrass. In particular, Sergio Garcia has been sleepwalking for a full year now — but he still is Sergio, and this still is the Ryder Cup, so if he doesn’t play splendidly I’ll jump… er, I used that line already.

In addition, Ian Poulter (a Tour winner this year) might be the most clutch Ryder Cupper ever; Justin Rose has actually been the world’s most consistent player all year; Francesco Molinari and Rory McIlroy should be tough as nails, and Jon Rahm and Tommy Fleetwood are two of the most dangerous opponents in the game today.

And this is, after all, a European venue, in a competition in which the Euros defend their home turn with the resolve and aplomb of British pilots during World War II.

So the competition should be fierce.

But what’s even more special about this are the storylines that have brought us here. Start with the astonishing numbers of superstars under 30 who, along with the 34-year-old Johnson and the 38-year-old Rose, have spent the last six years grabbing and trading the world-number-one ranking in a wild free-for-all. Six players in the year’s competition have held that ranking at some point, while Koepka came within a tiny margin of making it seven.

Then consider that this U.S. team is filled with more genuine, not forced, friendships than perhaps any American Ryder Cup squad ever. These guys have fun together, and it’s fun to watch.

Add in the holding-on-to-glory story of Mickelson, refusing to allow the dying of the light. Parisians (unlike inhabitants of other regions of France) may be stereotyped as having a snooty disdain for Americans, but Mickelson’s sort of goofy bonhomie may be particularly appealing to the locals. The interactions between him and the otherwise pro-Euro crowds will be fascinating to watch.

Much, much more could be written in anticipation if space permitted, but no matter how long this Cup preview runs on, the pièce de résistance is the stunning return to glory of Tiger Woods. Ten years after his last major title, nine years after his marriage fell apart, five years after his last professional victory, three years after the start of a series of serious back surgeries, one year after he had trouble even walking without major pain, Woods finally won again at the season-ending Tour Championship just this past weekend. And, as he has done all year, he did it with a winsome smile on his face, a human warmth he almost never showed in his first 16 years on tour, and a sense that he could be genuinely likable rather than just the purveyor of awe-inspiring skill married to a ruthless killer instinct.

Not just fans of golf, but also anyone who likes the drama, potential, and emotional satisfaction of very human second acts, should be eager to tune in to see whether the new Tiger burns bright in this competition being played, for the very first time, in the City of Lights.

Quin Hillyer is a Senior Editor of The American Spectator and the author of the Accidental Prophet (or Mad Jones) trilogy of satirical, faith-based fiction.