At Large,Top Story Africa,Robert Mugabe,The Diamond Trade,The Kremlin,Vladimir Putin,Zimbabwe
Menu
At Large
American Policy in Africa Just Handed the U.S. Diamond Market to Russia
Despite allegations about forced labor in the Marange mine, Zimbabwe’s diamond trade still sparkles — and the U.S. is foolish to throw it out.
by Elias Mambo
Shutterstock.com 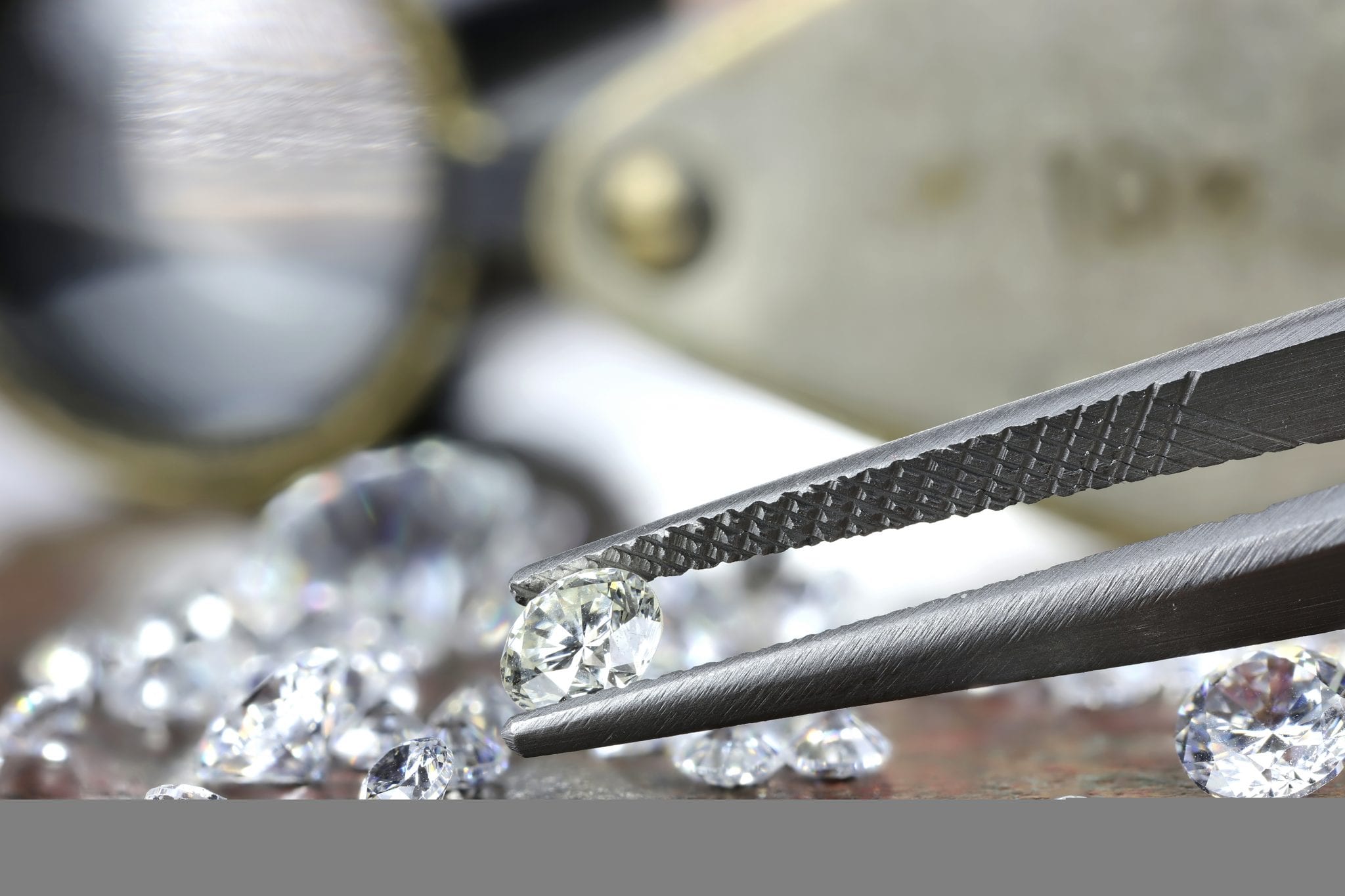 Do you know which country produced the rock in your fiancée’s diamond engagement ring? If you bought it last month, there’s a 40 percent chance it’s from Russia. And courtesy of an abject failure in U.S. foreign policy, the odds your next jewel comes from the mines that directly fund Putin’s government are about to increase.
Last week U.S. Customs and Border Protection unilaterally chose to ban American imports of diamonds from Marange in Zimbabwe — widely considered the world’s largest single diamond field. In doing so they furthered Russia’s grip over production and supply of the world’s most precious mineral resource without Putin lifting a finger.
According to the bureaucrats in the U.S. embassy in Zimbabwe, the bureaucrats in customs made their decision on the basis of “widespread public reporting” that artisanal mining in Marange includes forced labor. Were such allegations true, then the decision would of course be quite justified. Only there isn’t any evidence.
In fact, the widely acknowledged investigative specialists in Zimbabwe who monitor the country’s extractives sector have publicly said the opposite is the case.
The Centre for Natural Resource Governance (CNRG) — quite literally the experts in the field who continually gather on-the-ground information in order to flag labor concerns — stated categorically, “We have raised several issues of concern regarding the treatment of community members both by the state and mining companies, but forced labor is definitely not one of the issues that have arisen.”
CNRG is well-known to be no friend of the Zimbabwean government; they are funded by international NGOs and Western aid. Yet instead of listening to the experts in the sector, U.S. authorities appear instead to have based a decision with major negative implications for the Zimbabwean economy — which has been hit by two major cyclones and a drought this year — on politicized gossip created by Zimbabwe’s opposition.
As the managing editor and proprietor of the independent, privately owned Morning Post newspaper in Zimbabwe, I work at a media house that is no more in league with the government than is CNRG. The Post has long reported, with our journalists taking major personal risks to win awards for investigating and breaking stories, on abuses in the mining sector in Zimbabwe under former President Robert Mugabe’s rule. Many of those stories, based on carefully sourced, factual evidence, were backed up publicly by calls from NGOs and the U.S. government for action.
Then, U.S. influence across Africa was undisputed. Yet today America’s diplomacy across Africa — and in Zimbabwe in particular — is coming under scrutiny for a combination of naiveté, bias towards opposition groups, lavishing public funds on NGOs, and complacency in face of the fast-growing challenges from Russia and China for Africa’s affections. Today American policy is Africa is contorted in dangerous contradictions.
In Zimbabwe, in 18 months we have witnessed the U.S. embassy praising former President Mugabe on Twitter following his passing — only to delete the tweet after howls of displeasure from Fox News.
We have seen U.S. election monitors from the International Republican Institute declare the first post-Mugabe vote in July 20182018 as “a marked improvement on previous elections”; then, in October 2018, the U.S. ambassador praised Zimbabwe’s opposition leader, who on television had called for and then organized post-election violence, saying he would “bring into the streets guys who were ready for violence.” Yet the ambassador called him a “talented, brave, and charismatic leader,” adding, “I encourage him to continue to work to advance his goal.”
We have seen the U.S. embassy’s same brave and charismatic opposition leader’s valedictory in praise of Robert Mugabe’s virulently anti-homosexual policies — while at the same time the U.S. pours public funds into Zimbabwe for gay rights education. And the opposition leader has recently been found — naturally, given the support the U.S. has offered him — in Moscow and Beijing, enlisting their support for his war against the authorities. When your “friends” are out in the open, working against you and consorting with your opponents, who needs enemies?
Elsewhere in Africa, the U.S. has drawn criticism for backing out of lightly funded military assistance against Islamic jihadists in Mali, Cameroon, and Nigeria — with with seven out of eight U.S. counterterrorism units drawn down across the continent in the last year — while maintaining State department funding for local, niche, minority-interest NGOs.
It is not for Zimbabweans to judge the rights, wrongs, or reasons why for American foreign-policy decisions. Unless, of course, they directly affect Zimbabwe — and many of these do.
U.S. policy banning Zimbabwean diamonds over baseless falsehoods and in the face of the facts causes Zimbabweans — and Americans — to suffer financially. Policy supporting a self-professed minority-basher and violence-mongering opposition leader undermines our faith — and American honesty — in support of democracy and good governance.
And tweeting praise for Robert Mugabe in order to try to overcompensate and “prove” U.S. balance in dealings with Zimbabwe undermines the spirit of America in African eyes. It is what happens when foreign policy is “run by bureaucrats who don’t care at all who was elected, who are acting out their left-wing agendas without any restraint,” as Fox News’ Tucker Carlson put it.
Zimbabweans, the current government included, wish to be America’s allies. We wish to trade and to connect. Zimbabwe has vast, untapped resources and the best-educated citizens in Africa, who want to work and look to America for investment and the blessings of freedom and opportunity. There is much to be gained for both countries by working closer together.
Instead, Zimbabwe is being cut off for a fiction. And American citizens must enjoy Russian diamonds for that fact. In the Kremlin you can hear the joy as they shout, “бриллиант!”
Elias Mambo is an award-winning investigative journalist who is now managing editor of the Zimbabwe Morning Post. Mambo is also director at the Centre for investigative Journalism in Zimbabwe.