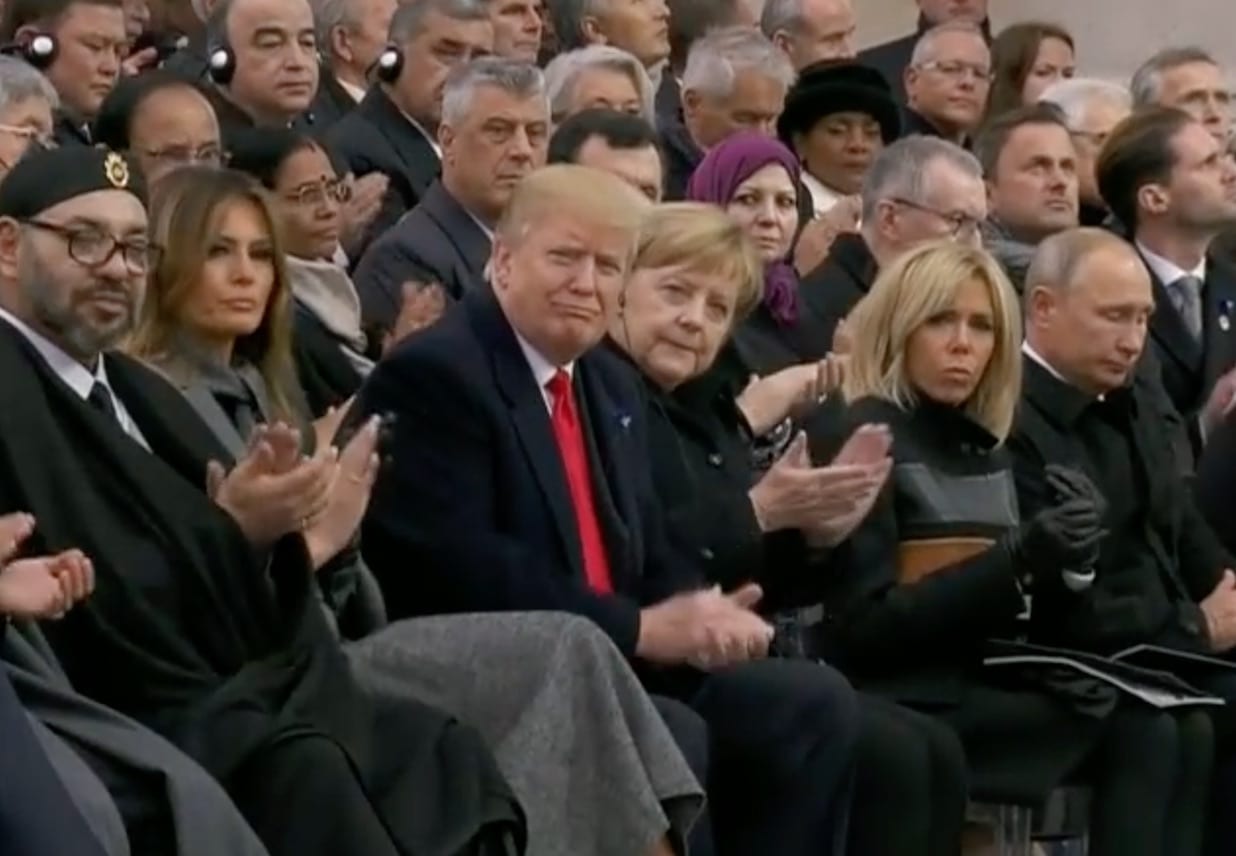 Over the last month, President Trump has been assailed by shrieking critics within the U.S. and overseas by French President Macron regarding Mr. Trump’s enthusiastic endorsement of the concept of American Nationalism. Many NeverTrumpers and neocons are charging that nationalism in America equals white supremacy, a forerunner to Nazism. Nothing is further from the truth. Their hysterical assertion is extremely misguided or a deliberate attempt to once again besmirch Mr. Trump, in the same way as when they blamed him for anti-Semitism and the massacre at a Pittsburgh synagogue despite the fact that the shooter was anti-Trump and the President has been the most pro-Israel and genuinely Jewish-friendly president we have ever witnessed.

Loving America is a good thing inasmuch as America is a good country. As with any institution, including marriage and family, nothing is perfect; but America was founded on highly moral and workable principles and has consistently provided more fair pay, opportunity, and decency than any country in the history of the world. America is the first choice for those around the world seeking a haven or place to find work and dignity, and deserves to be loved. It is a badge of honor to identify with America as a nation.

Loving this nation and its people is highly proper and commendable inasmuch as the American people themselves are a good people. For over a half century I have traveled across America and, precisely because of my yarmulke, I have been greeted with enthusiasm and warmth by strangers due to their sense of spiritual and civic kinship with a member of the Jewish faith, whose biblical Testament had so much to do with the founding of this country and whose ancestral nation of Israel is so deeply ingrained within their outlook. Contrary to what liberal Northeasterners often accuse, I have been treated with utmost respect and sincere friendship by those in the Deep South. News Flash to NeverTrumpers and neocons: America is not Nazi Germany. Being a super-patriot or putting America first, is what we should do.

In the Pledge of Allegiance, we Americans refer to ourselves as one nation under God. Nationhood and nationalism are normal, natural instincts. On the contrary, to equate American nationalism with something evil is very strange and purposely inflammatory. It reveals the accuser’s deep insecurity and discomfort with America itself. Worse, to imply that those who are nationalists or very patriotic are somehow white supremacists, Nazis inchoate, or racist is itself bigotry, a racism, against millions of white Americans who harbor in their heart no animosity or malevolence, rather the simple and laudable feeling of loving their country above other countries.

Who implanted within the psyche of those maligning American nationalism such disdain for fellow Americans? Where did this pre-disposition to impugn the motives of unabashedly patriotic Americans come from? It is hateful. Are “good” people only those who are against American nationalism or criticize America?

When candidate Trump spoke of America-First an entire array of critics, such as Bill Kristol, Jennifer Rubin, Mona Charen, Max Boot, and David Frum, arose to accuse Trump of being a follower of the anti-Semite Charles Lindbergh, who used that phrase almost a century ago when asking that America not get involved in a far-off European War. But, just as American nationalism does not mean white supremacy or Nazism, America-First is, similarly, not a call to anti-Semitism.

Those who may wish to politically tarnish President Trump may try to convince us to read it that way. Those who feel insecure and lack confidence in the inherent goodness of the majority of the American people may feel threatened by such phrases. But, the preponderant meaning of nationalism is patriotism and love of country and the basic reading of America-First is exactly what President Trump has in mind: placing American job workers first; placing America’s military and American lives first; putting America’s security and the protections of its citizens first. And, that is how it should be! When asked to choose, we should always place our family and country first. The opposite of that is globalism or trans-nationalism. Those who purposely conjure up Nazi phraseology of “blood and soil” to describe American nationalism are propagandists. The Left, and neocons, should stop hijacking and re-defining the American language.

In contrast, Macron and Germany’s Merkel are globalists, European socialists. They are strong advocates for a European Union that erases borders between European countries; so that when a jihadist enters one country he is blithely free to enter another country. The leaders of these countries willingly forfeit their economic autonomy to bureaucrats in Belgium who decide everything, from business regulations, weights, measures and slogans. This is a total loss of national sovereignty. It has resulted in a severe diminution of those cultural and traditional values and rituals that determine a country’s identity and end up erasing its history. President Trump, as most Americans, doesn’t want this for America. We are not trans-nationalists, rather nationalists who love our history and identity and are proud of who we were and who we are. Those on the Left are not proud of our history and identity. As anti-nationalists, they want us to transform and become like Europe, the vision of Merkel and Macron. They are universalists.

Macron’s turn against nationalism is part of a surrender and appeasement. Due to decades of vast, unfettered immigration into France from Islamic countries, Macron sees how Islamic culture and shariah outlook is overwhelming and overriding what was the French culture. Like Merkel, he is unwilling to undertake the non-politically correct fight to reverse this awful trend. In an act of appeasement, masquerading as a lofty call against nationalism, Macron is announcing that France (he) will not make the immigrant community conform to French values. Rather, he is allowing the destiny of France to be determined by the most contrary and aggressive, the North African immigrants. France will be what it will be forced to become. He is saying that what was is no longer important. Nationalism, according to Macron, is no longer vital. The “new” France will be unrecognizable; it will morph into what the non-nationalists and shariahists decide how France should look. France’s destiny, its future, will not be tied to its past. Macron, the anti-nationalist, the universalist, has thrown in the towel… and with it, French patriots.

The job of a courageous leader is to stifle those on the extreme who, but a sliver, would hijack the necessity and majesty of nationalism for a racist cause. But though keeping an open eye to quash it, the much larger focus and intent should be to put one’s country first and inspire a nationalism that ushers in a great era. President Trump is on track doing that.