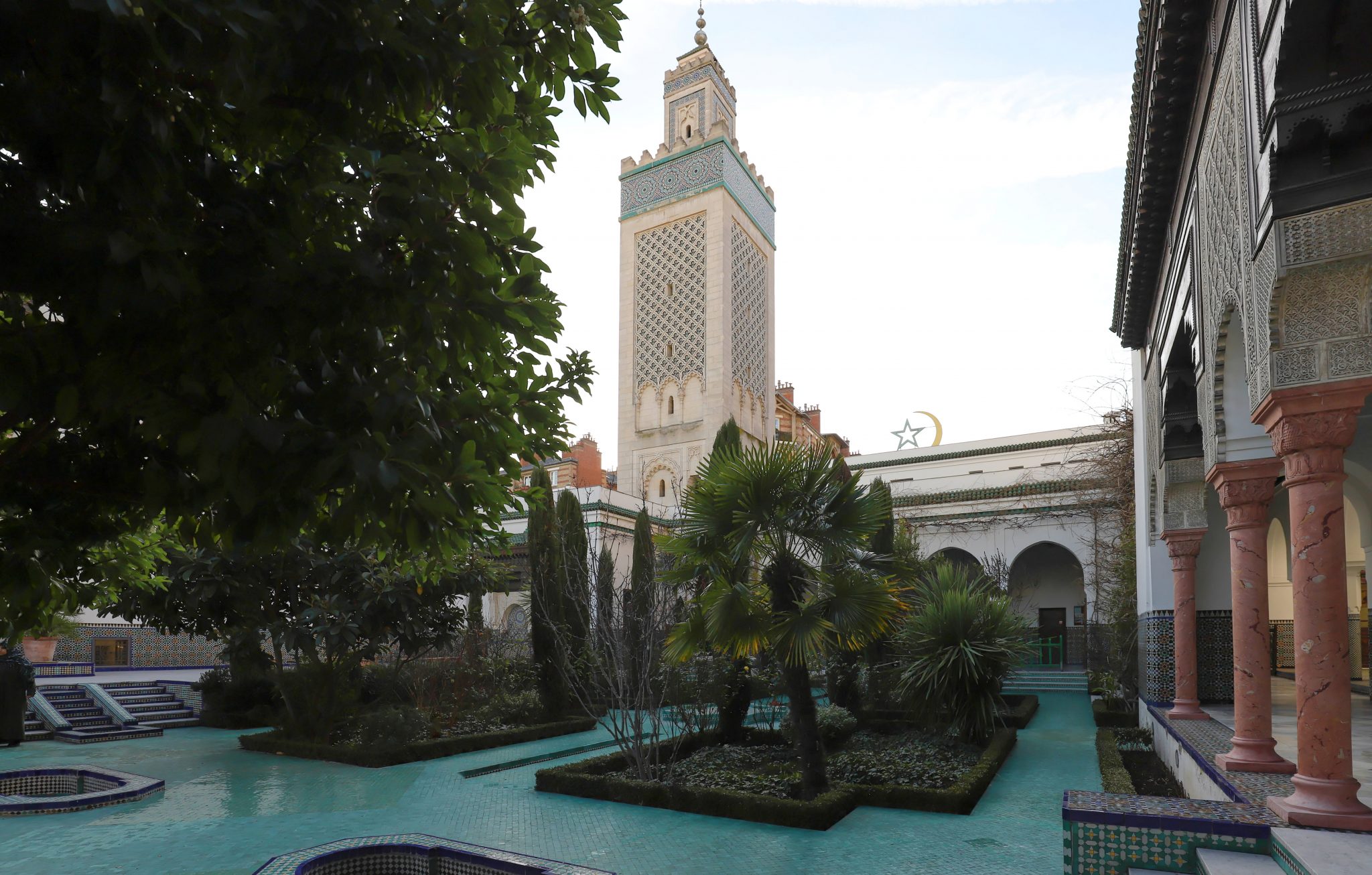 A new European Union scheme, championed by an official who sings the praises of “political Islam,” advocates expanding religious influence over all areas of European public life, to little opposition. Meanwhile, in the United States, the question of religion in the public sphere continues to be debated vigorously and opposed by secularists on both sides of the political spectrum. One case currently brought before the Supreme Court, opposed by groups such as the ACLU, is considering whether state governments might be compelled to subsidize private religious schools.

Such careful deliberation is rarely seen in Europe. Religious institutions operate under a rather different set of rules: religious bodies already exert significant political influence, receive enormous amounts of taxpayer funding, and are often deputized by governments to provide community and welfare services.

The EU hopes to build on that further. In September 2019, Federica Mogherini, High Representative of the European Union for Foreign Affairs and Security Policy, announced the launch of an initiative called “Global Exchange on Religion in Society,” which she presented as an unobjectionable extension of the European Union’s existing student exchange program but “for civil society actors who work on faith.”

But given the involvement of Islamist-linked bodies with the scheme, Global Exchange is more likely to become a means for theocrats to strengthen their influence in Europe, with the financial and political support of European officials.

According to the EU, Global Exchange “will connect civil society practitioners inside and outside Europe, allowing them to learn from each other, explore partnerships, acquire new skills, and to scale-up positive experiences of coexistence among people of different faiths in pluralistic societies.” Behind this jargon, however, critics have spotted danger.

The few organizations truly concerned by this latest EU program are mostly found in France, one of the few European countries with codified secularism. Comite Laicite Republique (CLR) has published analysis alerting Europeans to the ominous consequences of Mogherini’s initiative. While France’s laïcité stands out for its extremely strict separation of church and state, the CLR’s concerns are relevant to the rest of Europe, as well. The CLR describes “Global Exchange” as an anti-secular “time bomb,” warning that this initiative would implement a program of reintroduction of religious authority in European societies that are mostly agnostic and effectively secular.

One of the chief architects behind the scheme is the Lokahi Foundation, a British Islamist-linked organization given over 770,000 Euros ($850,000) by the EU since 2017. In 2008, British Member of Parliament Paul Goodman called on his government to stop funding the Lokahi Foundation, noting that its director, Gwen Griffith-Dickson, had complained that moderate groups were favored by government “while the ‘Islamists’ are thrown out without an inheritance.”

Commissioned by the EU to draft several reports on the proposed scheme, Lokahi was thanked in Mogherini’s speech specifically for its help in “shap[ing] this new initiative.” According to one of Lokahi’s reports, the initiative will “define a new paradigm for engagement with religion.” It notes that taking a “broader religion and society approach” would make it “easier to add a religious engagement or religious outreach component to work focused on issues that might not be explicitly religious.”

While the report employs terms such as “diversity,” “coexistence,” and “inclusion” to present this initiative as a well-meaning attempt to improve European societies, there is little doubt that the “Global Exchange” project is a realization of Mogherini’s previously expressed conviction that religion — and particularly “political Islam” — should be part of a “solution” to societal problems throughout the European Union.

In fact, from the beginning, it has been clear that Islam is a prominent part of this project: Lokahi’s second Global Exchange report is titled “Islam, Diversity & context,” and it calls on government bodies to “work towards making Europe a place Muslims can live in without excessive conflicts for their religious practice and identity.” But who would determine what poses an “excessive conflict”? The norms of “religious practice and identity” for Muslims risk being determined by theocrats who oppose the free mixing of men and women, promote head coverings, and are not necessarily representative of the general Muslim population.

In fact, Lokahi counted the notorious Islamist ideologue Tariq Ramadan, grandson of Muslim Brotherhood founder Hassan Al-Banna, among its senior research fellows and even provided him with an office in central London. In France, Ramadan currently awaits trial on multiple rape charges.

One might wonder if Mogherini’s initiative would really entail collaboration with Islamists rather than moderate organizations. Is Lokahi just an outlier? The EU’s funding history indicates that those concerns are warranted. Significant amounts of EU monies have been handed to dangerous Islamist organizations before, and the Global Exchange program will most likely collaborate with such groups again.

In 2017 alone, the international Islamist charity Islamic Relief received 1.8 million euros from the EU. Islamic Relief was founded by senior members of the Egyptian Muslim Brotherhood and has supported terrorist organizations such as Hamas through its front groups in Gaza. Islamic Relief is designated as a terrorist organization in the United Arab Emirates, the German government has acknowledged that the charity has “significant ties” with the Muslim Brotherhood, and the UK Charity Commission has investigated its involvement with extremist preachers who call for the killing of adulterers and homosexuals.

The EU has also funded Muslim Aid, which is linked to the violent South Asian Islamist movement Jamaat-e-Islami and which has admitted to funding Hamas; as well as the Forum of European Muslim Youth and Student Organizations (FEMYSO), the youth wing of the Muslim Brotherhood in Europe.

CLR warns that while the immediate effect of Mogherini’s initiative may seem benign, it might very well become binding if the Court of Justice of the European Union or the European Court of Human Rights decides to adopt the initiative’s recommendations and demand European countries enact laws more favorable (likely advised by the EU’s Islamist partners) to Islamic religious practices.

Mogherini and her belief in the virtues of political Islam are frightening. Her Global Exchange program poses a serious threat to secularists and moderate Muslims all across Europe. Offering political power to “religious actors” affords Islamists the authority to determine norms of “religious practices” for European Muslims and gives them religious oversight in spheres that have little to do with religion.

In the U.S., the current Supreme Court case over state government funding for schools reminds us that Mogherini’s perilous idealization of religious influence in public life is shared by at least a few on this side of the Atlantic, even if the law is not currently on their side. Testimony submitted to the court by the plaintiffs praises Islamic schools, such as the Muslim Academy of Greater Orlando, as “welcoming [communities]” that should be rewarded with taxpayer funds. And yet that same Orlando school recently promoted an event with the notorious hate preacher Abdul Nasir Jangda, who has endorsed sexual slavery and the killing of apostates.

The terror-connected Islamist charities Islamic Relief and Muslim Aid, meanwhile, do not just enjoy funding from the EU but also have received millions of dollars of funding from the U.S. government.

Attempts to expand religious influence into the public sphere will certainly result in increased extremist influence over society. Europe is walking purposefully down that path; America must take care not to stumble onto it.

Martha Lee is a research fellow of Islamist Watch, a project of the Middle East Forum.