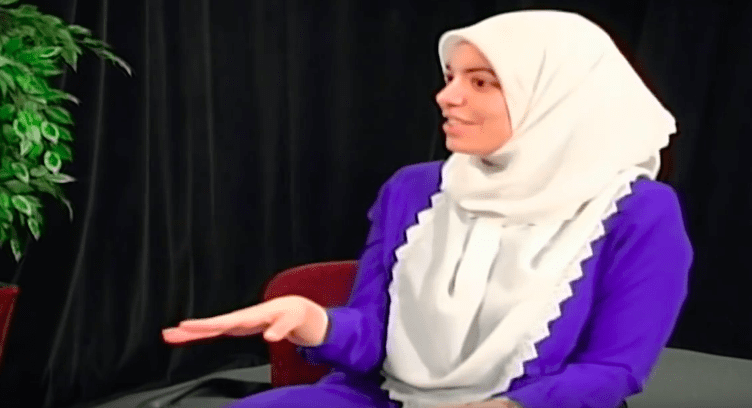 America’s leading Islamist groups may have just lost an elected cheerleader with the arrest of Pennsylvania State Representative Movita Johnson-Harrell, but plenty more were elected on November 5 to take her place.

Johnson-Harrell, who has been a featured speaker at fundraisers for the Greater Los Angeles chapter of the Council on American–Islamic Relations (CAIR), was indicted on December 4 for embezzling more than $500,000 from donations meant for the poor, drug-addicted, and mentally ill, spending it on lavish vacations, fox fur coats, and even her own campaign. But fortunately for organizations such as CAIR, 26 Muslim candidates recently answered its call to fill local school board, city council, and state assembly seats across the country. But as with Johnson-Harrell and CAIR, a significant number of these freshman public officials possess ties to extremists.

Take Abrar Omeish, who was elected to the Fairfax County school board in northern Virginia. Her father, Esam Omeish, was the former president of the Muslim American Society, which U.S. prosecutors have concluded is the “overt arm” of the Muslim Brotherhood in America. Esam was forced to resign from a state immigration board in 2007 after video surfaced of him praising Palestinians who chose “the jihad way” to liberation.

In 2011, Esam admitted that he was a former Muslim Brotherhood leader, and in 2016 he wrote a tribute to Brotherhood members on social media, calling them the most noble, humane, and gentle of Muslims.

Abrar appears to have adopted her father’s zeal. While studying at Yale, the 24-year-old was a member the Muslim Students Association (MSA), which was founded by Muslim Brotherhood expatriates in 1963 with the goal of “spreading Islam as students in North America.” She was part of MSA-led efforts to silence Muslim reformer Ayaan Hirsi Ali by attacking her “scholarly credentials.” She later appeared in a podcast with the International Institute for Islamic Thought (IIIT), an Islamist think tank that seeks to “institute the Islamic Revolution in the United States.”

Ibraheem Samirah was one of two Muslim Democrats whose election helped to flip the Virginia House of Delegates. During his college years, he was a member of Students for Justice in Palestine, the leading proponent of the anti-Semitic Boycott, Divestment, and Sanctions campaign in America. His father, Sabri Ibrahim Samirah, is a prominent Jordanian Muslim Brotherhood leader who was barred entry to the U.S. for 10 years, likely because of his chairmanship of the Islamic Association of Palestine (IAP), a now-defunct Muslim Brotherhood front group that served as the propaganda wing of Hamas in the U.S.

Omar Tarazi won a seat on the Hilliard, Ohio, city council after being appointed to that position in March. He is the son of Mouhamed Nabik Tarazi, an imam who attended the radical Omar Ibnelkhttab Mosque in Columbus, where three congregants have been convicted since 2003 on terrorism charges. The elder Tarazi even officiated the wedding of Iyman Faris, an al-Qaeda terrorist sentenced to 20 years in prison for plotting to blow up the Brooklyn Bridge.

But Abrar, Ibraheem, and Omar are not their fathers. They represent a new breed of Islamists — politically savvy, second-generation activists who simultaneously espouse or quietly advance the contradictory core principles of social liberalism and theocracy.

But have Islamists joined with progressives to advance social justice, or for political expediency? In its 2019 report, The Rise of American Muslim Changemakers, CAIR laments that this alliance “requires working on issues that may — on the surface level — appear to be at odds with traditional community norms and values.”

Rep. Samirah, Virginia’s recently reelected House delegate, left no doubts about the integrity of the blue-green alliance in a 2018 speech before American Muslims for Palestine, an anti-Semitic hate group sympathetic to Hamas: “[Muhammad] had to form treaties with his enemies,” Samirah said. “He had to form alliances with people who weren’t necessarily believers of his message, who would later on become people who would be his enemies.”

But for many politically ambitious Muslims, the allure of identity politics is too seductive to ignore. Following the election, dozens of mainstream news articles glowingly reported that Somali immigrant Safiya Khalid won the Lewiston, Maine city council seat “despite hateful social media attacks” and “racist trolls.” But Khalid’s Democratic opponent reportedly endured threats and intimidation that go beyond cyberbullying. Khalid’s supporters allegedly surrounded the opponent’s home, pounding and kicking his doors and windows as they urged him to drop out of the race for daring to run against a Somali contender.

Other recent electees, such as East Orange County City Councilman Mustafa Al-Mutazzim Brent, have weaponized identity politics and take a militant tone. Brent said that “White America has been at war with black America since 1619” and that President Trump should be “executed” rather than impeached.

Although Johnson-Harrell won’t be around to stump for her Islamist patrons, a growing coalition of like-minded Muslim lawmakers stand ready to advance the same agenda. For now, they seem to be content to work in partnership with the Left and within America’s democratic institutions to effect change. But as their influence grows, let us not be surprised to see them jettison their progressive ideals and revert to regressive, fundamentalist principles.

Benjamin Baird is Coordinator of the Islamism in Politics project at the Middle East Forum.