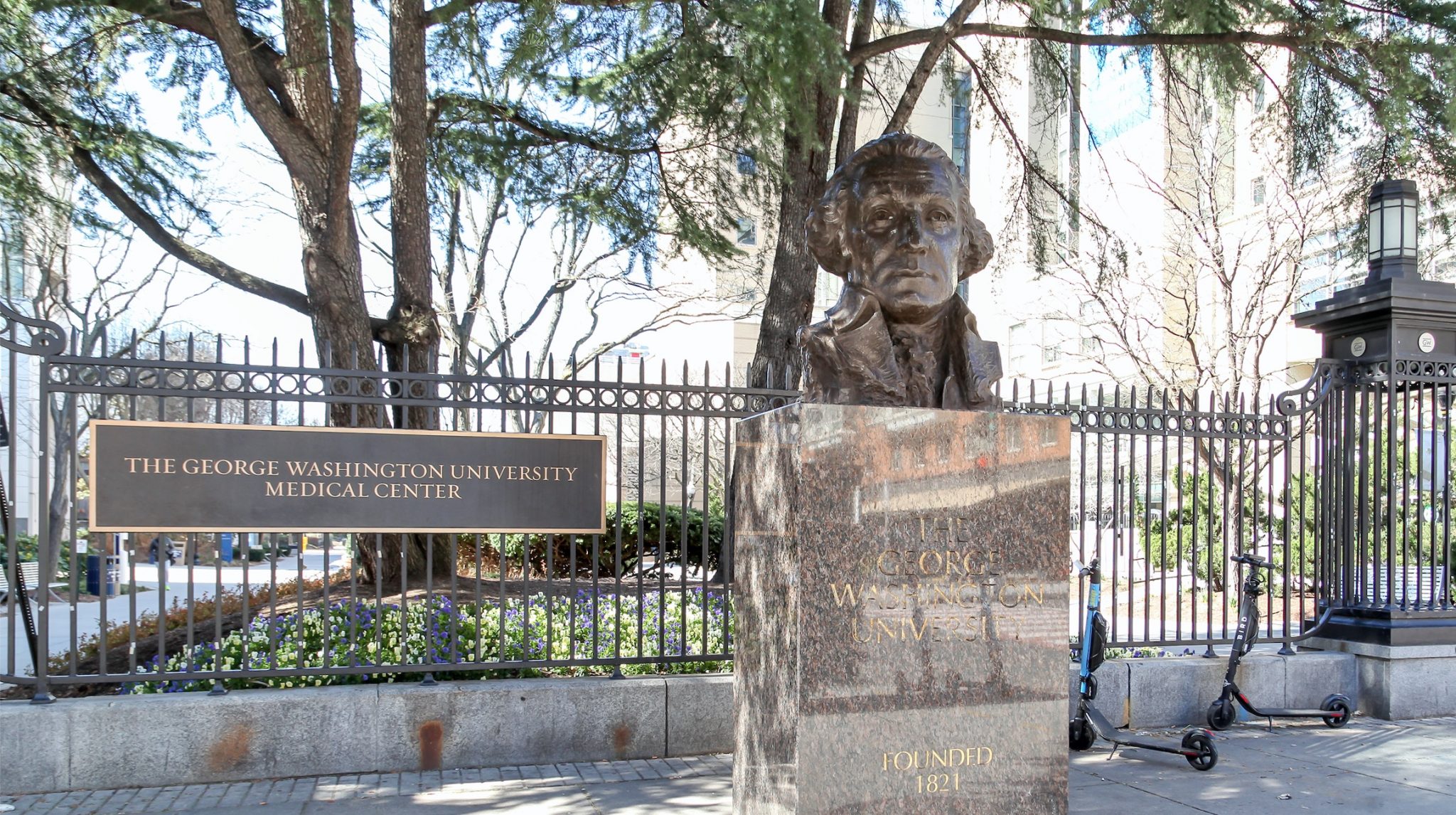 Reading today’s national media is like staring down a bottomless pit. Le vertige des grandes profondeurs, the French call is. The vertigo from looking down a deep hole. And just when you thought we had reached bottom, there’s deeper level to the madness. It seems incomprehensible, and yet there’s a simple explanation. America is being held hostage.

We began by re-fighting the Civil War. Until recently we had left that behind us, and non-racist white southerners were permitted to retain some measure of dignity, in the memory of their battlefield heroes. But it was never about the Confederate statues, and the proof is that we quickly moved on to refight the American Revolution. A statue of Thomas Jefferson came down in Portland, Oregon, and Hofstra removed its statue of the author of the Declaration of Independence. We’re waiting to see what will happen to the Jefferson Memorial.

At the New York Times, Charles Blow tells us that George Washington isn’t safe either, and the university named after him prudently declined to express any disappointment when someone vandalized a statue of the first president. Whether or not George Washington University will change its name remains to be seen.

Things we thought were sacrosanct, the icons of our national identity, now are scorned. We can pretend that this doesn’t matter. They’re just statues, after all. But they do matter. Not for the pleasure they give the rioters so much as for the pain they inflict on patriots who love America.

Nor has it stopped with the vandalism. We’ve gone to the next level, with the looting and rioting. In the last month major cities have become unsafe, as rioters work out the logic of what “resistance” means. American stores lost hundreds of millions of dollars, and merchants boarded up their stores for protection. Nothing to see here, folks, said the liberal media, which gaslighted the looting and the boarded-up storefronts, and portrayed the riots as peaceful protests against an illegitimate president.

And that’s how to understand what is happening. We’re not to object to the riots because the bigger issue is defeating Trump. Nothing much else matters, and if an Antifa mob attacks a federal court building in Portland, don’t call this a riot. Say rather that it’s a campaign event, led by the good guys.

We’re in the middle of a chicken game, where the Left tells us they’ll let this go on as long as Trump is president. The liberal media will ignore the riots, the liberal mayors will tell the local police to stand down, the liberal prosecutors will promptly release anyone arrested. Try to defend yourself, and you’ll find yourself prosecuted.

The message is: this is what you’ll get, America, if you reelect Trump. Elect our guy, and the madness will stop, pronto. A Democratic president would forcefully suppress the riots without a peep from the press. But until then we’re held hostage.

They don’t even need a candidate. They can run Biden from his basement.

What makes it even more cynical is that a Biden election wouldn’t make things a lick better for black Americans. It wouldn’t erase the riots since May. It took decades for Washington, D.C., to recover from 1968, and I don’t think Minneapolis will come back anytime soon.

What would help black Americans, concretely, is a reversal of Democratic policies. Our inner-city public schools would benefit from the competition that state supported private and parochial schools would offer. After last week’s Espinoza decision in the Supreme Court, that’s constitutionally permissible. Democrats won’t touch this, however, for fear of upsetting the teachers’ unions that are one of its core supporters.

Our immigration policies take jobs from black Americans. Other countries admit high-skilled immigrants who compete jobs away from high-skilled natives. We admit low-skilled immigrants who compete jobs away from the most fragile of Americans, especially blacks. A 10 percent increase in immigrant workers in a particular skill group was reported to reduce black wages by 2.5 percent and lower their employment rate by 5.9 percentage points. If Black Lives Matter, that should be an issue, but for Democrats Hispanic votes count for more than black ones on immigration issues.

The Left talks a good line about helping black Americans. What it forgets to mention is that it’s their policies that harm them. One might think this stupid, were it not so hypocritical.

F. H. Buckley teaches at Scalia Law School and is the author of American Secession: The Looming Threat of a National Breakup (2020).