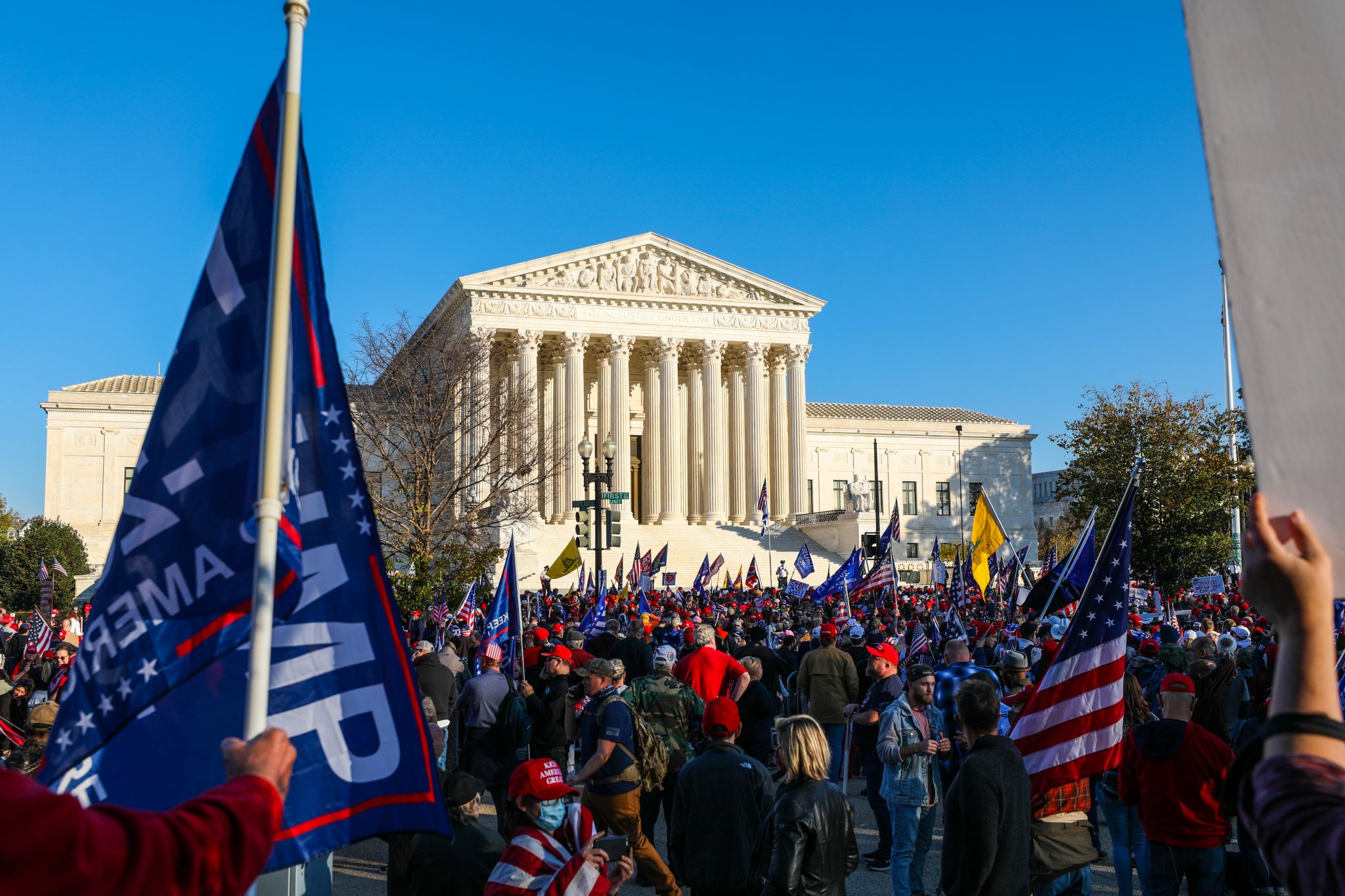 Here’s a sad truth we now have to live with.

The America we know, the America we grew up with, the America we had until a year or less ago, is gone. The Constitution of the United States of America, the “greatest document ever struck off by the brain and purpose of man at any one time,” as Gladstone called it, lies in ruins.

Among many other catastrophes, we have lost freedom of speech. This just happened within the last few weeks.

The president of the United States was denied the right to use the internet to communicate with the citizens of the United States. That’s because the internet is basically owned by a few private companies such as Google, Amazon, and some others. These entities shut down access by the president in his final days in office such that he could not be heard.

The Bill of Rights of the Constitution explicitly calls for the government to not interfere with free speech. But the gigantic internet powers are not deemed to be part of government — even though they have virtually god-like powers over communication, far beyond what the government has right now. Thus, it is widely believed that the First Amendment does not deal with internet freedom of speech issues.

Obviously, there is something deeply wrong with this situation. To deny the chief executive the ability to communicate with the citizenry is a display that the real powers in America are not elected by the people. They get their power through entrepreneurship, stock market manipulation, and other business means.

At the end of the day, the First Amendment is meaningless at this moment.

This has to be fixed. Repairing free speech is the No. 1 priority in this nation right now.

Meaningful debate and discussion about any of the major or minor issues of the day is impossible without free speech. Yes, the environment is a huge issue. So is the budget. So is aid for the poor. So is defense, and so on and so on. But nothing useful can come of debating these subjects if there is no freedom of speech, and if only the point of view of the internet potentates is heard.

How do we solve this problem if it is “clear” that the internet powers are private and the First Amendment applies only to restrain government?

Here we have to go to the doctrine of Legal Realism, developed first at Yale Law School (my beloved alma mater), and refined beautifully at Harvard Law School, Columbia, and at many other places.

Legal Realism says (in a nutshell) that the law is whatever the courts say it is. Precedent means nothing. Statutes mean nothing. The judges make the rules depending on how they are feeling that day. They then find earlier cases that support whatever they have decided that day.

Remember, for a case or controversy to reach a high court, there must be lines of cases on both sides of the issue. Otherwise the appeals court would not bother to hear the case.

We who love and revere the Constitution must now use Legal Realism to the fullest. We must find cases that — even tangentially —  say that if an entity governs speech, it’s part of the government. And then the First Amendment barring a disruption of freedom of speech will apply to Google and Amazon and all other large internet hook-ups.

Looking for a case that defines “government” broadly enough to include Google, etc., is a perfect project for law clerks all over the country. Let’s remember that abortion, now a firmly entrenched part of the Constitution, could not have been even remotely imagined as a part of federal law 60 years ago.

It’s nowhere even one-millionth percent mentioned in the founding documents of the nation. Neither is the “right to privacy,” which the Supreme Court just found out of nowhere in Griswold v. Connecticut, a case about allowing drug stores to sell contraceptives in pharmacies in heavily Roman Catholic Connecticut. But Griswold found that “right to privacy” and that in 1973 led straight to a “right” to abortion. That finding has gone so far that in certain states, mothers and “doctors” have the “right” to kill babies even after they are born.

I hate abortion. But I clearly see how powerful Legal Realism is when I follow the law from a mud puddle to Griswold to the right to abortion praised from the rooftops at certain political party conventions.

We who love freedom of speech have to do something similar with speech and what “government” is. It will be a mighty uphill struggle. But we can do it. If we want to save America, we must do it. We must research, find a plaintiff, a legitimate plaintiff, and a court, and then we have to sue.

But while we sue, we must also speak and write and educate. We have to create fertile soil for the seeds of freedom to sprout. I’ll write about that next.