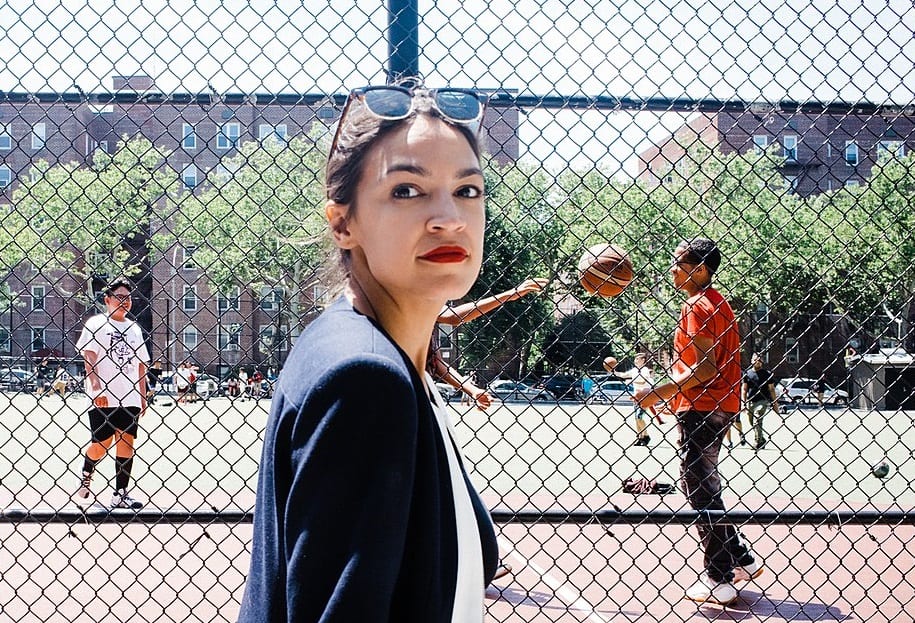 An interesting turn of events is occurring within the Democratic Party. Fresh off their victory in the United States House of Representatives, the new batch of young, social democrats are goose-stepping their way up to Capitol Hill already. The most prominent among these young socialist guns is New York’s Alexandria Ocasio-Cortez. She recently made waves when she bashed Amazon’s decision to split their second headquarters in two, placing one in her congressional district in New York City (the other will be placed in Northern Virginia, just outside of Washington, D.C.).

The idea that [Amazon] will receive hundreds of millions of dollars in tax breaks at a time when our subway is crumbling and our communities need MORE investment, not less, is extremely concerning to residents here.

Unfortunately for her, the tech sector (and, specifically Jeff Bezos’ Amazon) overwhelmingly support the Democratic Party. What Cortez did was to effectively bite the hand that feeds her (and her party). This is a strange occurrence, since Cortez (and those other young democratic socialists who won in 2018) is seen as the face of the future Democratic Party. Whatever her future may be in the DNC, Cortez was shaping up to be a problem for her chosen party in the present.

Cortez has become a frontperson for the overtly socialist “Sunrise Movement.” Before the Thanksgiving holiday (and even before being sworn into office, which won’t happen until January of 2019), Cortez led the Sunrise Movement’s protest march from Tacoma Park in Washington, D.C. to the halls of Capitol Hill. The Sunrise Movement is an extreme, Left-wing environmentalist movement calling for a “Green New Deal” that would effectively end the fossil fuel industry and cause massive disruptions throughout the economy for the very same ordinary, working-class people that Cortez claims to defend.

Because of her support for this radical movement, Cortez barged into Rep. Nancy Pelosi’s (D-CA) office insisting that Pelosi disavow any support from corporations that benefit or contribute to global warming. Cortez, speaking for many in the Democratic Party’s socialist base (as well as many recently elected Democrats), said she’d not support Pelosi as the next Democratic Speaker of the House because of Pelosi’s corporatist disposition.

Essentially, Cortez and her fellow newly elected Democrats appeared to be doing to the Democratic Party establishment what the Tea Party (and, later, Trump movement) has done to the Republican Party establishment: they were poised to break it down and rebuild it into something that better represented the interests of their base of supporters. It looked as though this was going to be the fight that defined the next two years inside of the Democratic Party (and it still may, as the Democrats are poised to have more than a dozen presidential candidates in 2020).

As recently as November 19, Cortez (whose chief of staff is a co-founder of the socialist group, Justice Democrats) stated:

All Americans know money in politics is a huge problem, but unfortunately the way that we fix it is by demanding that our incumbents give it up or by running fierce campaigns ourselves.

In other words, Cortez was continuing in her calls for overthrowing the Democratic Party establishment. (This should not surprise anyone, since Cortez was a grassroots organizer for Bernie Sanders’ insurgent socialist campaign in 2016.) Yet, reports indicate that the day after Thanksgiving the socialist firebrand Representative-Elect, Alexandria Ocasio-Cortez, backtracked on her previous demands to overturn the Democratic Party establishment. Cortez criticized a letter signed by 16 Congressional Democrats stating that they would not support Pelosi’s bid to be the next Speaker.

According to Cortez, her “main concern was that there is no vision, there is no common value, there is no goal that is really articulated in this letter aside from ‘We need to change.’” She added, “I think that what it does is that it creates a window where we could potentially get more conservative leadership and when you actually look at the signatories, it is not necessarily reflective of the diversity of the party.”

Interestingly, Cortez’s sudden change of heart is a bizarrely conservative view of leadership — and it’s utterly disingenuous. If she adhered to her own advice, then, she should have never run against long-time Democratic incumbent, Joe Crowley. What really happened is that Cortez has become an instant celebrity; she went from barkeep to elected member of Congress in the span of six months. Because of this, Cortez is now raking in a six-figure paycheck; she is enjoying the constant spotlight; and she has the adulation of the youth culture. In just a month, Cortez has traded in her renegade socialism for the security of the establishment.

Anyone expecting the Democratic Party to fundamentally change doesn’t get it. They are the party of entrenched elite. Heading into 2020, the Democrats will be divided and weak.