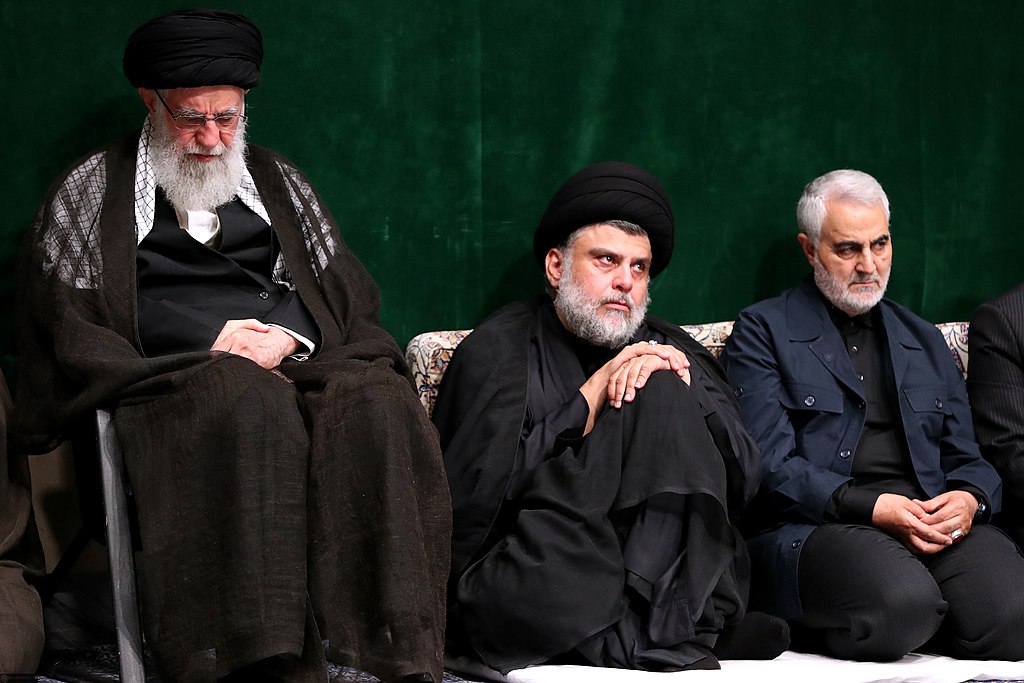 When Iraqi Shiite cleric Muqtada al-Sadr announced his “definitive” retirement from politics last week, his armed militias and allies did what they usually do. The riots in Baghdad killed at least 30 people. Al-Sadr, after ordering his followers to leave the “Green Zone,” reportedly went on a hunger strike to end the violence, an effort that apparently didn’t last long enough for him to lose weight.

His resignation was the fifth or sixth time he’s quit Iraqi politics. Like his preceding resignations, this one won’t last long.

Al-Sadr is a violent and virulent opponent of the United States and, unfortunately, the most interesting politician in Iraq.

The bleakness of Iraq’s future under al-Sadr is demonstrated by its political chaos and by its proximity to Iran and Syria.

At about the time the U.S. invaded Iraq, someone — probably al-Sadr — murdered a competing Shiite cleric, Abdul Majid al-Khoei. A warrant was issued for al-Sadr’s arrest for that murder in April 2004, but he was never arrested. At that point, al-Sadr was already organizing and commanding militias to attack U.S. troops in Iraq.

“Sadr City” — a Baghdad suburb — was avoided by U.S. troops. His al-Sadr Brigades — later his “Mahdi Army” — reportedly caused hundreds, maybe thousands, of U.S. casualties before then-President Barack Obama withdrew our troops from Iraq in 2011. He sent U.S. troops back to Iraq in 2014 after the rise of the ISIS terrorist network.

There are still about 2,500 U.S. troops in Iraq, training Iraqi forces and guarding our enormous embassy in Baghdad. That means we also have some intelligence-gathering capabilities there — the only good thing you can say about our continued presence.

Since the 2003 invasion, Iraq’s chief Shiite cleric — Grand Ayatollah Ali al-Sistani — has refused to meet with American occupiers, setting the tone for al-Sadr’s nationalism. Al-Sistani, now 92 years old, is still reputed to be the most powerful man in Iraq. Al-Sadr, now 48, seems to have always wanted to succeed him.

From around 2007–2009, al-Sadr lived in Iran, studying to become an ayatollah. Up to that point he had been a faithful supporter of Iran. He apparently didn’t make the grade — or the Iranians blocked his promotion — and he returned to Iraq as a sometime Iraqi nationalist.

By 2021, his Sadrist movement became dominant in Iraqi politics. When the U.S. drone strike killed Gen. Qasem Soleimani — Iran’s chief terrorist — near the Baghdad airport, al-Sadr and his followers demanded a total withdrawal of U.S. forces from Iraq.

With that dominance, and the ability to appoint many senior government ministers, came financial power for al-Sadr. His party won the most seats in parliament in the October 2021 election (73 of 329 seats) but was unable to form a consensus government because they were outnumbered by the total number of Sunni and Kurdish representatives (93).

Al-Sadr’s latest “resignation” was apparently precipitated by the deadlock in Iraqi politics and the resignation of Iraq’s other grand ayatollah, Kadhim al-Haeri. Al-Haeri had told his followers to be loyal to Iran, and that inflamed al-Sadr’s nationalism. This may be the moment when al-Sadr seizes complete power in Iraq.

Under President Saddam Hussein, a Sunni Muslim, both the Shiites and the Kurds were severely oppressed. Al-Haeri’s loyalty to Iran — and al-Sistani’s and al-Sadr’s previous equivalent support of Iran — made it appear that Iraq was nothing more than an Iranian satrapy. Under al-Sadr, Iraq will be the enemy of both Iran and the United States.

Whether it is Iran or al-Sadr that rules, Iraq will still be able to export oil. Its exports amount to about 3.3 million barrels per day. As of Sunday, the price of oil was about $86 per barrel; this means that Iraq sells about $284 million in oil every day, creating relative prosperity in Iraq. China and India are the biggest buyers of Iraqi oil.

But Iraq’s future is bleaker than its oil revenue would indicate.

The bleakness of Iraq’s future under al-Sadr is demonstrated by its political chaos and by its proximity to Iran and Syria.

Iraq’s political chaos will not end in the foreseeable future. The Shiites, especially al-Sadr and other Shiite leaders, are opposed to both the Sunni and Kurdish populations on religious grounds simply because the Shiites want to control oil revenue and relations with Iran.

Iran won’t allow political consensus in Iraq. Iranian-backed Shiite forces have been in combat at various times, with al-Sadr’s resulting in at least 700 casualties. Iran wants control of Iraq’s population and its oil exports, and, thus, it will not stop its aggression against Iraq.

Iraq’s long border with Syria — about 990 miles — is another reason that Iraq’s political chaos won’t end. When I visited Iraq in 2005 with a small group of journalists, the border city of al-Qaim was believed to be an entry point through which insurgents entered Iraq. A Marine major general in command of western Iraq told us that he had no cross-border problem with Syria, something that may or may not have been true.

Almost 20 years later, Syria is dominated by Iran and Russia. That means the virtually unprotected border can be — and probably is — a pathway for their interference in Iraq.

We no longer have a vital national-security interest in Iraq, if we ever did. At this point, Iraq will remain in turmoil and Iran will continue its attempt to dominate Iraq. There is nothing we or any other Western nation can or should do to alleviate its condition.

Image: This file is licensed under the Creative Commons Attribution 4.0 International license.