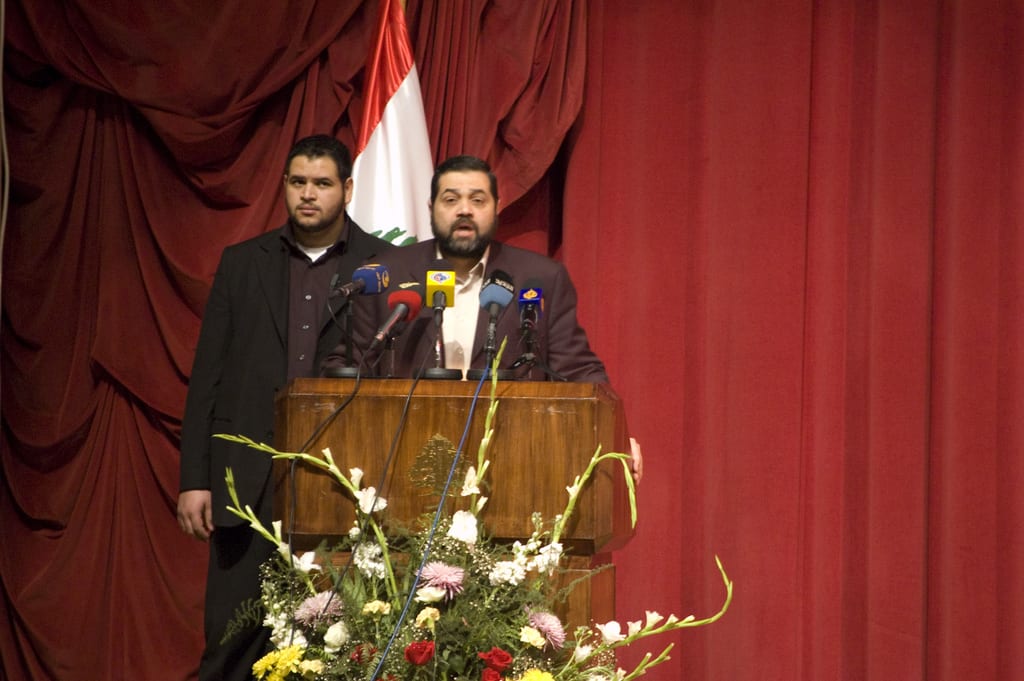 For the first time ever, a U.S.-led campaign to condemn the anti-Semitic terrorist organization Hamas was supported by a record number of 87 states at the United Nations. However, in keeping with its systemic moral bankruptcy and institutionalized anti-Israel bigotry, the UN ultimately failed to acknowledge that Hamas is an anti-Semitic terrorist organization whose racist charter openly demands the Jewish state’s destruction, and the U.S. resolution fell short of the two-thirds majority required to pass.

While many countries voted to condemn Hamas, hardly any countries condemn its supposedly “moderate” political rival Fatah. Most of the world still insists that the Ramallah regime led by Mahmoud Abbas is a crucial partner in the Arab-Israeli peace process. It is no secret that Hamas and Fatah are bitter political rivals. After military clashes in 2007, Hamas defeated Fatah and took over control of the Gaza Strip. Under Abbas, Fatah has responded by increasingly imposing economic sanctions on the Hamas-ruled Gaza Strip.

When it comes to the Jewish state, however, Fatah and Hamas may differ on tactics but are ultimately two sides of the same terrorist coin. In fact, Fatah strongly supported Hamas during the U.S.-led UN vote. Fatah Central Committee member Abbas Zaki declared: “If Hamas, which is involved in resistance, is considered a terrorist movement, this means that all groups of the Palestinian people are involved in terrorism. This contradicts reality, as Hamas and the rest of the Palestinian factions are national liberation movements that are involved in resisting an Israeli occupation that is implementing terrorism against the members of our people…”

Osama al-Qawasmi, official Fatah spokesperson, concurred: “We firmly oppose the American-Israeli attempts to denounce Hamas as terrorist at the UN, and we will fight to thwart the proposal.”

To many Western post-Christian liberals, a “secular” Fatah official in a Brooks Brothers suit seems like a reasonable peace partner. In contrast to the openness of Islamist Hamas’s calls for Israel’s destruction, Fatah has successfully duped gullible Westerners with a false “peace” message in English while regularly inciting terrorism against Israel in Arabic. When addressing the West, Fatah skillfully deceives liberals by co-opting liberal concepts like “national liberation” and “freedom.” In reality, Fatah advocates oppression of its own population and ultimately the destruction of the Jewish state.

Western liberals mistakenly think the Arab-Israeli conflict is about specific borders — territorial. But as far as Fatah and Hamas are concerned, the term “occupation” refers to Israel’s very existence within any borders. In this context, Jews are demonized as “illegal settlers” whether they live in Israeli communities in the disputed territories or in Tel Aviv. Israel within internationally recognized boundaries is frequently erased from official Fatah maps.

U.S. Ambassador to the UN Nikki Haley blasted the anti-Jewish bigotry at the UN: “There is nothing more anti-Semitic than saying that terrorism is not terrorism when it is used against the Jewish people and the Jewish state.”

Terrorism against Israel and civilian Jews is driven by the genocidal goal of wiping the Jewish state off the map. Israel’s withdrawals from Gaza and other territories led to even more anti-Israel terrorism.

Just as no sane person would suggest that reconciliation is possible with al-Qaeda and ISIS terrorists, the latest candid statements from senior Fatah officials make it abundantly clear that Israel cannot be expected to negotiate peace with Hamas and Fatah terrorists who want Israel to rest in peace.