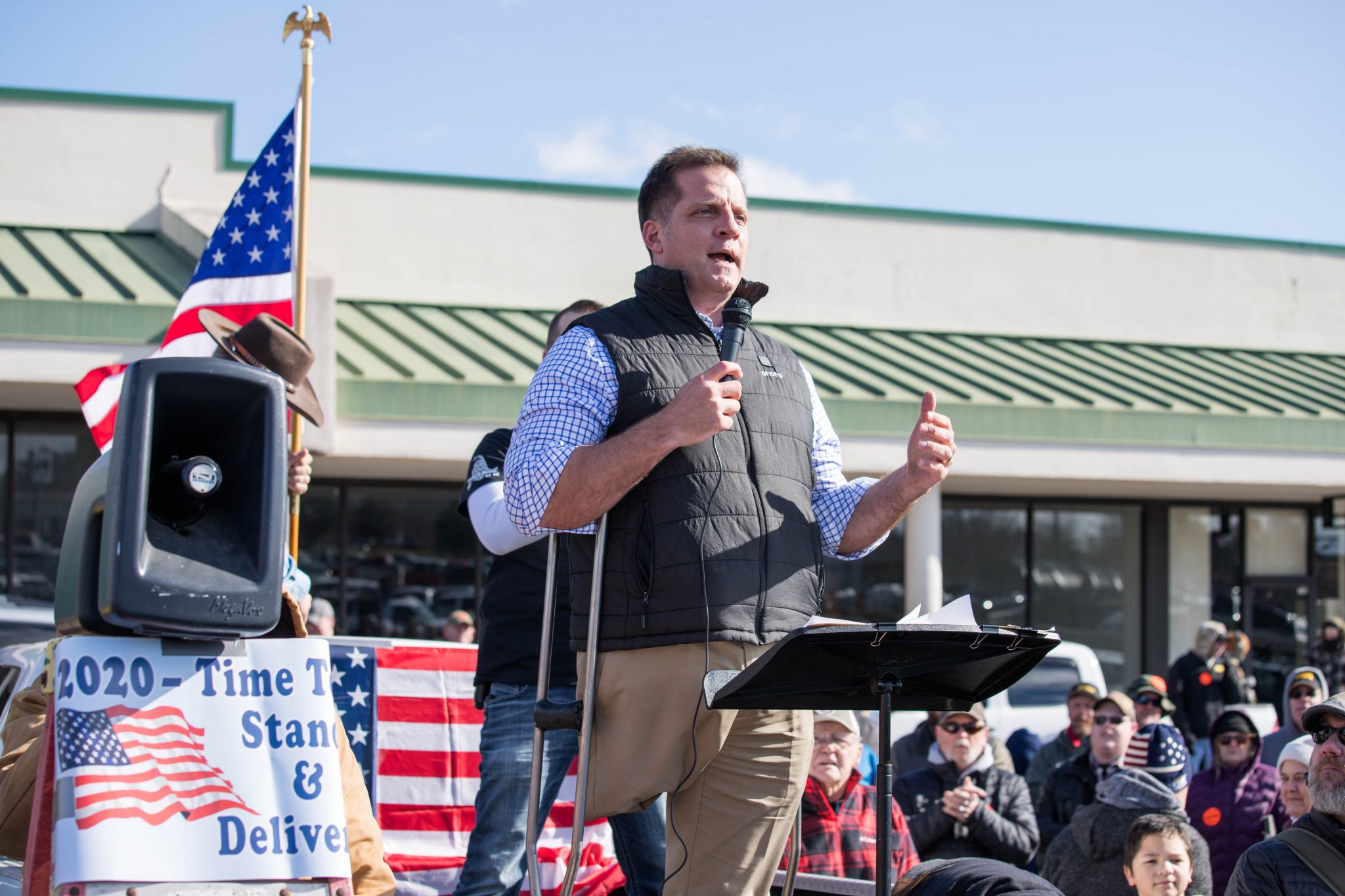 The Virginia Republican Party has taken a beating these past few years, going back to the legal misfortune of Gov. Bob McDonnell in 2014 and 2015. And the Trump brand did not play well in the northern suburbs, which now resemble, politically at least, New Jersey more than the Old Dominion, well, of old. Despite some very close races at the state level, counties like Fairfax and Loudoun — wealthy areas with many, many federal workers and their contractors — are now very blue and seem to be driving statewide elections.

So it is a welcome sign of renewal for the GOP that Lt. Col. (ret.) Daniel Gade is running for the U.S. Senate.

Gade is a West Point graduate with 20 years of military experience; decorated combat veteran who lost, and is now excelling, on one leg; dedicated family man; Ph.D. in public policy; and recipient of the Legion of Merit, Bronze Star, and two Purple Hearts.

I have had the pleasure of getting to know Daniel through my daughter and her husband, another military officer and a vascular surgeon, who tended to him at Walter Reed. After Gade’s second combat wounding, he lost his entire right leg and endured more than 40 surgeries. It was after this ordeal that he earned his Ph.D. in public policy. He is now on the faculty of American University after a tour in the administration of President George W. Bush, an honor we share in common.

As if he did not have enough challenges to overcome, in 2010 Gade completed an Ironman 70.3 World Championship and won the paratriathalon category. A week later, he completed Ironman Arizona, pedaling an impressive 112 miles.

But Daniel Gade has more than an impressive biography. He is a full-spectrum, principled conservative who also shows great respect to those of differing views. Having watched him in action in public appearances and televised interviews, I know that he has a persuasive way with people across the political continuum. It helps that he is very articulate and has the presence of a true officer and gentleman. He also knows suffering, which is invaluable in establishing empathy with his audiences. He is, as the saying goes, a happy warrior, comfortable in his own skin.

It is no accident that he has been endorsed by another veteran, former Navy SEAL Rep. Dan Crenshaw of Texas. Crenshaw is known for his winning ways and trademark eye patch.

Daniel Gade is running on a platform of strong economic growth, regulatory reform, the right to life, and — essential for winning statewide in the Commonwealth — the Second Amendment.

“Our civil rights include the right to live in accordance with our religious principles, the right to unrestricted free speech and exchange of ideas, and the right to protect ourselves by keeping and bearing arms,” Gade says. “This is the only way to ensure equal protection and justice for all, regardless of race, class, or creed.”

While supporting a strong national defense, he insists that it is for Congress, not the Executive, to declare war. “I believe we should commit troops only a) in defense of vital national interest, b) when there is a defined end state, and c) when military force is the only remaining option,” Gade says.

“Military families shouldn’t be the only ones having dinner-table conversations before their loved ones go to war,” he continues. “I am opposed to the open-ended commitment of troops around the world.”

Gade was quick to speak out about U.S. senators who dumped stock shares after receiving special information on COVID-19, which appears to be “insider trading.” On March 23, he announced his first piece of legislation that he would introduce in the Senate, the Stop Insider Trading (SIT) Act, to require members of Congress to place their investment portfolio in a blind trust upon taking the oath of office. It would also prohibit them from using information received from their official duties for personal benefit.

“Using your official position for private gain, whether you’re a Republican or Democrat, is an egregious abuse of public office,” Gade says.

Gade reframes issues in a way that connects with people in new, engaging ways. He has argued against the discriminatory use of abortion to destroy unborn children with disabilities just because they are disabled.

He has also written in the Wall Street Journal on the backlog and abuse of disability payments for veterans, demonstrating that the aggressive expansion of benefits for medical conditions not related to military service actually has hurt veterans with more severe military-related problems. He provides a thoughtful explanation of a complex problem.

Of course, taking on the incumbent, Sen. Mark Warner, will be a difficult challenge given the shift of Virginia from a red to purple to blue state. But regime change in Richmond, from Republican to Democrat, has resulted in a cascade of liberal proposals, laws, and programs which, Gade calculates, are going to enflame most of the state south of the Rappahannock River. In January, 105 cities and counties across Virginia had passed some kind of Second Amendment sanctuary resolution in reaction to legislative activity in the state capitol. Incredibly, over 20,000 protesters rallied in support of gun rights in Richmond.

According to the Almanac of American Politics, Warner has moved back and forth on gun rights but has supported the expansion of background checks on gun buyers. While he once opposed bans on assault weapons, he now has expressed support for them. He will face increasing pressure from progressives in his own party to move to the left on the Second Amendment.

At a recent gathering, Gade said Warner’s name recognition is 40 percent, which is low for a former governor and incumbent senator. Moreover, he came within 1 percentage of losing his reelection in 2014 against former Republican National Committee Chairman Ed Gillespie. That was a low turnout year for Democratic voters, but Gillespie relentlessly tied Warner’s votes to Obama. Gade will, no doubt, be looking for other comparisons to illustrate Warner’s voting record. The American Conservative Union gives rates him at 9 percent, the Heritage Foundation 5 percent, and the Family Research Council zero percent.

To win this race, Daniel Gade will have to pile up votes outside of northern Virginia while holding losses to a minimum in Fairfax and Loudoun counties. He will also need to work his military and pro-life networks, using social media (he is already doing this) and shoe leather to develop new constituencies for his campaign and optimize his strengths against what will be a well-funded incumbent.

Lt. Col. Daniel Gade has surmounted tremendous challenges before. He is ready to take on this one. As he often reminds his supporters:

I am not a career politician. I have served the Constitution since I was 17, and I look forward to continuing my service to the people of Virginia. My mission is different, but the oath is the same.

The game is afoot.