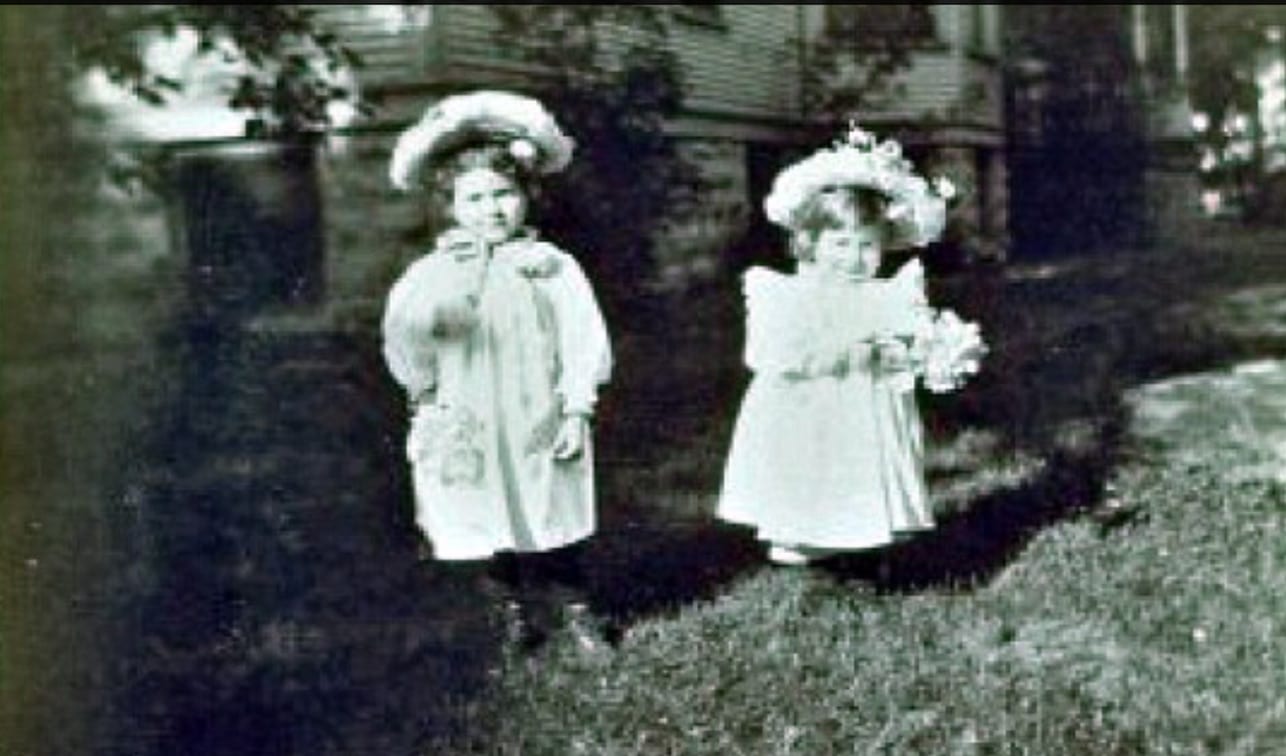 James David Younger is a six-year-old boy. He lives in Dallas. By most accounts he’s a healthy, reasonably well-adjusted boy who is caught in the middle of an ugly divorce case between his parents.

Based on court documents, one might begin to understand why that divorce sprang up. It seems that James’ mother, Ann Georgulas, has taken a rather unusual position about James’ future and has sued — successfully so far, to the horror of many — in a Texas court… to make James into something other than a six-year-old boy.

Brianna Heldt at Townhall.com sums up the situation well…

A Texas father is fighting in court for the right to see his son after being charged with child abuse by his ex-wife “for not affirming James as transgender.”

Court documents indicate that the 6-year-old boy only dresses and identifies as a girl when he’s with his mother, who enrolled him in his first-grade class as “Luna.” But James’ father claims that when the boy is with him he consistently wears boy’s clothing, “violently refuses to wear girl’s clothes at my home,” and identifies as a boy.

The father has reportedly been legally prohibited from talking to his son about gender and sexuality from both scientific and religious perspectives, and from seeking to dress his son in boys’ clothes. Instead, he is required to offer both girls’ and boys’ clothing, although he claims that his son consistently refuses to wear dresses. And according to a report by The Federalist, the mother “is also seeking to require him to pay for the child’s visits to a transgender-affirming therapist and transgender medical alterations, which may include hormonal sterilization starting at age eight.”

James was reportedly diagnosed with gender dysphoria by a gender transition therapist that was chosen by his mother, who is a pediatrician. The therapist’s notes reveal that James chose to identify as a girl when in therapy sessions alone with his mother, but as a boy when alone in sessions with his father.

By all accounts of neighbors and family friends, when James isn’t around his mother he chooses to live as a boy. For some reason, the mother’s insistence that her son is a girl is given weight by the courts.

This is as much a five-alarm fire emblematic of cultural decline and political emergency as is possible to outline. The idea that a six-year old would be given agency to decide something so permanent as the entry into the process of a sex change when that six-year old isn’t even showing evidence of such a preference on a 24/7 basis is beyond absurd, it’s horrific.

And yet that’s where we are.

The Younger case represents the confluence between the deficiencies of American family law, which has passed beyond the normal familiarity with the position of the mother and is now actively in opposition to fathers’ rights, the idiocy of political correctness in servitude to whatever left-wing cultural aggression is in fashion, and the outright hostility to the norms of Western civilization. Any society worth saving would impose the duty on those in positions of responsibility to enforce its cultural norms, and no society in world history would include in such a definition the sanctioning of sex changes for six year olds.

And yet that’s what we have in Texas.

Pray for little James Younger. And visit SaveJames.com for information on how you might help stave off one of the worst judicial and medical atrocities ever perpetrated in this country.

There was an interesting piece at Bloomberg on Monday about Wall Street and its reaction to the #MeToo movement. As it happens, the feminist-inspired outbreak of sexual harassment and other claims against men acting in ungentlemanly ways toward female employees and others has inspired such a backlash of fear and risk-aversion that it has devastated opportunities for women in the financial sector:

No more dinners with female colleagues. Don’t sit next to them on flights. Book hotel rooms on different floors. Avoid one-on-one meetings.

In fact, as a wealth adviser put it, just hiring a woman these days is “an unknown risk.” What if she took something he said the wrong way?

Across Wall Street, men are adopting controversial strategies for the #MeToo era and, in the process, making life even harder for women.

Call it the Pence Effect, after U.S. Vice President Mike Pence, who has said he avoids dining alone with any woman other than his wife. In finance, the overarching impact can be, in essence, gender segregation.

Interviews with more than 30 senior executives suggest many are spooked by #MeToo and struggling to cope. “It’s creating a sense of walking on eggshells,” said David Bahnsen, a former managing director at Morgan Stanley who’s now an independent adviser overseeing more than $1.5 billion.

This is hardly a single-industry phenomenon, as men across the country check their behavior at work, to protect themselves in the face of what they consider unreasonable political correctness — or to simply do the right thing. The upshot is forceful on Wall Street, where women are scarce in the upper ranks. The industry has also long nurtured a culture that keeps harassment complaints out of the courts and public eye, and has so far avoided a mega-scandal like the one that has engulfed Harvey Weinstein.

This was extremely predictable, of course, as the minute #MeToo became a widespread cultural phenomenon and a societal craze, there would of course be a reaction — and from a risk management perspective that reaction would obviously be for men in positions of power to insure that they wouldn’t be put in jeopardy of accusations of untoward behavior.

In Vice President Pence’s case, he simply doesn’t put himself in a position where he can be accused of untoward behavior in a he-said/she-said evidentiary environment. And Wall Street has taken heed.

Two conclusions are obvious here. First, given what America has just gone through with the Brett Kavanaugh confirmation hearings, in which a series of #MeToo-style accusations essentially destroyed the life of a man with a previously untarnished reputation — and none of those accusations turned out to have an iota of merit — nobody can blame highly-paid Wall Street professionals and executives for protecting themselves by limiting their professional exposure to female employees.

And second, nothing in the Bloomberg piece touches on the subject of what it is that the men might get out of putting aside their reticence to hire or mentor females in the financial sector.

After all, we’re talking about Wall Street here. These are people who, perhaps more than anyone else in the world, are professionals who are expert at giving value for value. Why is there no discussion of what women seeking to move up in the financial profession can do to assuage, or otherwise make up for, concerns among men in that sector surrounding the #MeToo and Kavanaugh accusations?

We’re not talking about sexual favors or other tawdry conduct here. What we’re saying is that if females on Wall Street aren’t capable of cutting deals with the men working there in order to get ahead — whatever those deals might be — then maybe they’re not quite good enough to overcome the risk the #MeToo movement has imposed.

And maybe this is just an example of why modern feminism does more harm than good to females in the workplace — not to mention what it’s done to society as a whole.

To close, I suppose I should say something about the death of President George H. W. Bush, who passed on Nov. 30 and whose funeral was this week’s most significant political event.

I don’t have a great deal to say. Bush 41 was the only president I’ve met in person — I met him while I was an 18-year old volunteer working at the Republican National Convention in New Orleans in 1988. My impression was that he was a genuinely good man, and someone the nation would do well to have as its president. And Bush’s leadership during Operation Desert Storm was indeed laudable.

As was his performance as an ex-president, when he was able to put aside partisan concerns and act as an elder statesman and cultural figure to do good for society. Bush’s participation in relief for natural disasters like Hurricane Katrina and the Haitian earthquake was an unalloyed good thing which helped bring America together.

On balance, though, Bush was not a great president. He allowed himself to be rolled by congressional Democrats into selling out Americans who voted for him on the basis of his “Read my lips: no new taxes” promise, and he deserved to lose re-election (which is not to say that Bill Clinton, who never earned a majority of the American electorate, deserved to beat Bush). And while Bush might have been excused for believing, in the early 1990s following the collapse of the Soviet Union, that a globalist mindset was the correct geopolitical idea it’s fairly obvious by this point that the New World Order he pursued was a mistake.

Still, Bush’s America was undoubtedly something we can aspire to — particularly given our current cultural state. And for that reason we can and should thank him for his great service to our nation.