Another Perspective,Top Story Ilhan Omar,Islam,Islam in the United States A Religion Divided - The American Spectator | USA News and Politics
Menu
Another Perspective
A Religion Divided
America’s Muslim organizations old and new haven’t learned how to stand together.
by Oren Litwin
Ilhan Omar speaks at the Muslim Collective for Equitable Democracy 2019. Image: YouTube screenshot 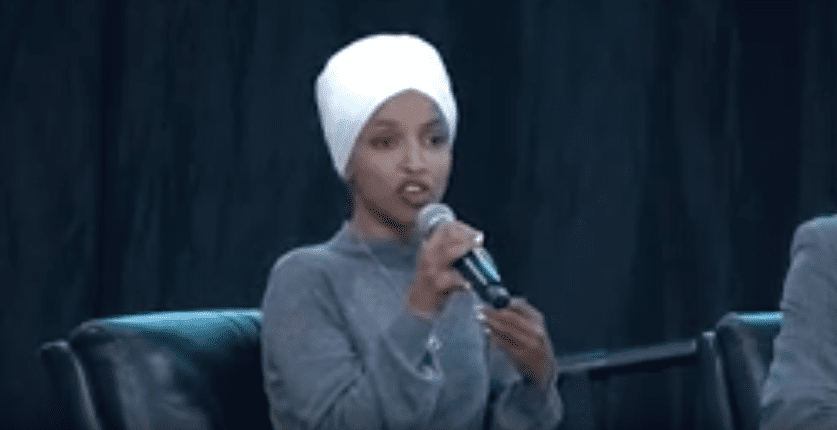 Starting on July 22, American Muslim politicians, activists, and researchers converged in Washington, D.C., for the Muslim Collective for Equitable Democracy 2019. Self-congratulatory language aside, the conference was ultimately a place for Muslim political actors to talk shop and discuss how to run better campaigns, mobilize their communities, and build relations with the broader American public.

Observers, including moderate Muslims, had many reasons to be concerned. The host organization, the 501(c)3 nonprofit Muslim Caucus Educational Collective, has not disclosed its board beyond the president and founder, Ghazala Salam; but the board and advisory committee of the 501(c)4 sister organization, Muslim Caucus of America, feature several alumni of the Council on American-Islamic Relations (CAIR). CAIR is one of the key standard-bearers of political Islamism in the United States and has been linked to terror organizations from its founding.

Many of the event’s featured speakers were also from CAIR (including its extremist founder Nihad Awad) or other questionable groups such as the Muslim Public Affairs Council (MPAC), along with extremist speakers such as imam Omar Suleiman. Several elected officials were also present, including U.S. Reps. Rashida Tlaib and Ilhan Omar; Omar reacted angrily upon being asked by an attendee to condemn female genital mutilation, sarcastically noting that non-Muslim members of Congress are not asked to condemn FGM. (Let us know when Omar is asked to condemn white nationalism or the claims by others that Barack Obama is Muslim. The chip on her shoulder notwithstanding, such demands are par for the course for elected officials.)

So it would be easy to write off this conference as yet another gathering of overt Islamists, seeking to better take power in the United States in order to advance goals of political-religious supremacy.

But there is more going on this time. Something important is happening in the world of American Muslim political involvement. In the panel discussions, two new themes repeatedly showed up, both of which point to exciting possibilities for the future of the American Muslim community and for America generally.

The first is growing tension between the “old guard” of Muslim communities and communal organizations, and the new rising generation. Again and again, the younger politicians and activists at the “collective” conference complained that the older generation was locking them out. A young candidate for Congress complained that mosque imams see themselves as “the gatekeeper to the community,” and that Muslim candidates often face the most opposition from their own community figures. An activist from voter-mobilization group Emgage noted that in Virginia, some 33 percent of Muslim voters are “youth,” yet they are essentially absent from community boards and other prominent positions.

Several people complained that the majority of mosque leaders view voting as haram, religiously forbidden, hampering political mobilization. One activist stated that mosque board members are never youth, rarely women, and are typically not politically engaged. They are suspicious of civic involvement, while the new generation wants to become more involved. Another community organizer conceded that such community leaders were “operating in survival mode” due to the sense of threat that the Muslim community faces, but that they were still not willing to “pass the mic” to a new cohort of leaders or to become truly representative of the diversity in their communities.

The second theme is perhaps a result of the first. Many of the panelists at the convention came from newer, younger organizations than the typical crew of CAIR, MPAC, or other Islamist groups like the Islamic Circle of North America. These new groups, such as America Indivisible, Poligon, or Green Muslims, remain connected to the old Islamist network; a glance at America Indivisible’s partners, for example, shows some familiar names like MPAC and Emgage. But they also have much broader connections outside of the Muslim community, and their work has a different focus, as well.

Rather than simply claiming to speak for the Muslim community to those in power, as CAIR does, these groups say they seek to broaden political and civic participation by Muslims in general. (In particular, America Indivisible founder Usra Ghazi is inspired by the Civic Health Index of the National Council on Citizenship, which measures such things as whether residents are in the habit of volunteering for local causes or helping their neighbors.) In the view of these new organizers, the “civic health” of the Muslim community depends on broader engagement — not just by a small cadre of self-appointed Islamist leaders, but by everyday people; and not just through politics, but through involvement in local communities and civic activities. In short, this new generation of activists believes that the American Muslim community needs to become a full part of American life, just as immigrant groups before them did.

The American Muslim community is growing, and is becoming more politically effective as it does. It is inevitable that Muslims, as American citizens, will make their mark in politics and society. The concern that we outsiders have is this: Will the Muslim community’s growing power be wielded as a weapon by the Islamists (who have the more established political organizations, thanks in large part to overseas funding and support) in ways that harm the United States? Or will the Muslim community develop a range of voices that reflects its full diversity, with non-Islamists being heard as well, operating within a shared commitment to American pluralism?

This new push for Muslim civic involvement is not without dangers. If a white Christian nonprofit involved in political organizing were known to have worked with proud white-supremacists in the past, we would be rightfully concerned. Such concerns are warranted with the attendees of the “Muslim Collective” conference as well, given the pervasive involvement of unreconstructed Islamists like Nihad Awad. History has shown many examples of apparent moderation by Islamist groups that proved illusory, and the worst possible outcome would be for average Muslims to be mobilized only to become part of a transnational Islamist project of political domination.

Still, if the Muslim community is to take the place in American society that all those of goodwill wish it to achieve — honored as fellow citizens, and not under constant suspicion as potential enemies — then this kind of civic deepening must be part of the process. If the rising generation of American Islamists is sincere in their commitment to the broad civic health of Muslim Americans, all the better; but in any case, mainstream Muslim organizations need to dramatically scale up their efforts to match. The civic involvement of the Muslim community is too vital a matter to be left to the Islamists.

In time, perhaps the old terror-linked leaders such as Awad will fade away into well-deserved obscurity, and the bigoted hatred of Islam held by some Americans will likewise fade. If that happens, it will be because ordinary Muslims stood up and took their place in American public life.

Dr. Oren Litwin is associate director of the Islamism in Politics project of the Middle East Forum.