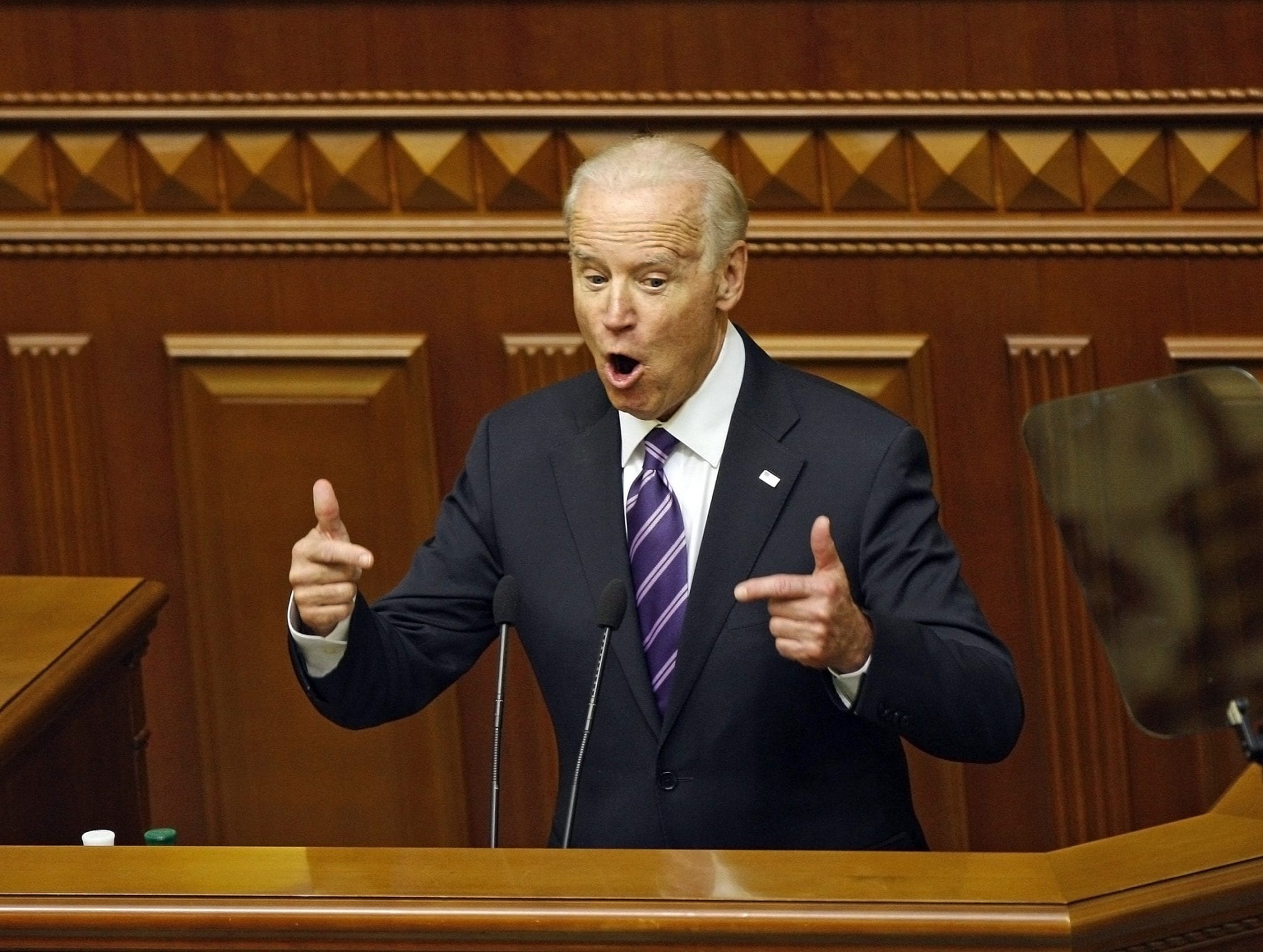 It appears that events taking place in Ukraine, both in the past and present, are increasingly reaching the notice of the American people. At least, they did last week.

After all, Monday night saw the debut of HBO’s miniseries Chernobyl, a masterful drama based on the true story of the 1986 nuclear disaster at the power plant in that Ukrainian city and the attempts by the Soviet government in control at the time to cover up the scope and responsibility for the deadly tragedy. Chernobyl, at least so far, is a brutal takedown of the lies and incompetence of the communist government of the USSR — best exemplified in a scene starring venerable British actor Donald Sumpter, playing a local communist party apparatchik summoned to a meeting to discuss the explosion at the power plant who invokes communist doctrine as to the supremacy of the state as a justification for sealing off the city of Pripyat and cutting communications to it while its citizens are soaked in radiation.

There are four more episodes left in the Chernobyl miniseries, which promises to be a brutal takedown of Soviet socialism and its promotion of malevolence and stupidity within its ranks.

But the HBO miniseries isn’t the only item coming from Ukraine into the American conscience. There appears to be a political Chernobyl irradiating our news cycle.

Specifically, President Trump’s attorney and former New York mayor Rudy Giuliani spent a couple of days dominating the news cycle at the end of last week, and the topic was a planned-but-canceled visit to Ukraine Giuliani contemplated. Giuliani had some interesting things to say in a Fox News appearance Friday with Shannon Bream after canceling his trip — namely, that there was a Ukrainian connection to the much-discussed Steele dossier at the heart of the Trump-Russia narrative which has so thoroughly fallen apart since the Mueller report was issued, but not only that. Giuliani also made note of the disturbing stories involving former Vice President Joe Biden, the current frontrunner in the Democrat 2020 presidential primary race, and his son Hunter where the Ukrainians are involved.

Either of these stories could cause enough of a meltdown to spew clouds of political radiation over the national scene. Taken in combination, the Ukrainian connections could be enough to contaminate the Democrats for decades.

First, the Ukrainian connection to the Steele dossier. It turns out, as Giuliani noted, that the Ukrainians themselves have been conducting an investigation into the role some of their citizens played in meddling with the 2016 U.S. presidential election. And one purpose of his proposed trip was to prevail upon newly-elected Ukrainian president Volodymyr Zelensky to keep that investigation going, and perhaps to facilitate American cooperation with that investigation.

Why would that be an issue? Well, from a piece a month ago by John Solomon at the Hill…

Ukrainian law enforcement officials believe they have evidence of wrongdoing by American Democrats and their allies in Kiev, ranging from 2016 election interference to obstructing criminal probes. But, they say, they’ve been thwarted in trying to get the Trump Justice Department to act.

Kostiantyn Kulyk, deputy head of the Prosecutor General’s International Legal Cooperation Department, told me he and other senior law enforcement officials tried unsuccessfully since last year to get visas from the U.S. Embassy in Kiev to deliver their evidence to Washington.

“We were supposed to share this information during a working trip to the United States,” Kulyk told me in a wide-ranging interview. “However, the [U.S.] ambassador blocked us from obtaining a visa. She didn’t explicitly deny our visa, but also didn’t give it to us.”

One focus of Ukrainian investigators, Kulyk said, has been money spirited unlawfully out of Ukraine and moved to the United States by businessmen friendly to the prior, pro-Russia regime of Viktor Yanukovych.

And among the allegations…

• Contacts between Democratic figures in Washington and Ukrainian officials that involved passing along dirt on Donald Trump.

It’s known that Nellie Ohr, a Fusion GPS researcher who contributed to the Steele dossier and wife of former Justice Department bigwig Bruce Ohr, admitted some of the dossier came from Ukrainian sources. Furthermore the Ukrainian embassy in Washington had held meetings with a Democrat political operator named Alexandra Chalupa in order to fuel the Trump-Russia narrative with dirt on former Trump campaign manager Paul Manafort’s dealings with Ukrainian politicians in the past.

In other words, in Ukraine there might be real evidence of an American campaign’s collusion with foreign actors — but for some reason the State and Justice Departments don’t seem too keen to facilitate the production of that evidence. And the ambassador in Kiev who wouldn’t give visas to the Ukrainian prosecutors promising this evidence? Marie Louise Yovanovitch, appointed by former President Barack Obama in August 2016.

Something else involving Ukraine happened in 2016. That was the year Biden pressured then-Ukrainian President Petro Poroshenko, by threatening to withhold $1 billion in loan guarantees, to fire that country’s top prosecutor, Viktor Shokin. And why did he do that? Because Shokin was investigating a Ukrainian natural gas company named Burisma Holdings over some $3 billion in cash which may have been misappropriated and moved out of Ukraine and into U.S. accounts tied to Hunter Biden, the former vice president’s son.

The younger Biden is, as it turns out, on the board of Burisma Holdings. It’s worth asking why he was named to that board if not for the fact Joe Biden was the Obama administration’s point man for Ukrainian relations, and whether the entire relationship was nothing short of a corrupt bargain between the Democrats and the Ukrainians.

It’s a smelly cloud of radioactive political dirt emanating from Kiev. Giuliani is intent on making sure it lands on the Democrats. And with Attorney General William Barr’s determination to get to the bottom of the Mueller investigation and its causes, it’s quite likely that rather than building a sarcophagus over the wrecked nuclear reactor, this political Chernobyl will get a full airing — no matter how many casualties come from it.

Scott McKay
Follow Their Stories:
View More
Scott McKay is a contributing editor at The American Spectator  and publisher of the Hayride, which offers news and commentary on Louisiana and national politics, and RVIVR.com, a national political news aggregation and opinion site. Additionally, he's the author of the new book The Revivalist Manifesto: How Patriots Can Win The Next American Era, available at Amazon.com. He’s also a writer of fiction — check out his three Tales of Ardenia novels Animus, Perdition and Retribution at Amazon. Scott's other project is The Speakeasy, a free-speech social and news app with benefits - check it out here.
Most Popular
1
At Large
The Lingering Fog of War and Lessons From Vietnam
by Mark Moyar