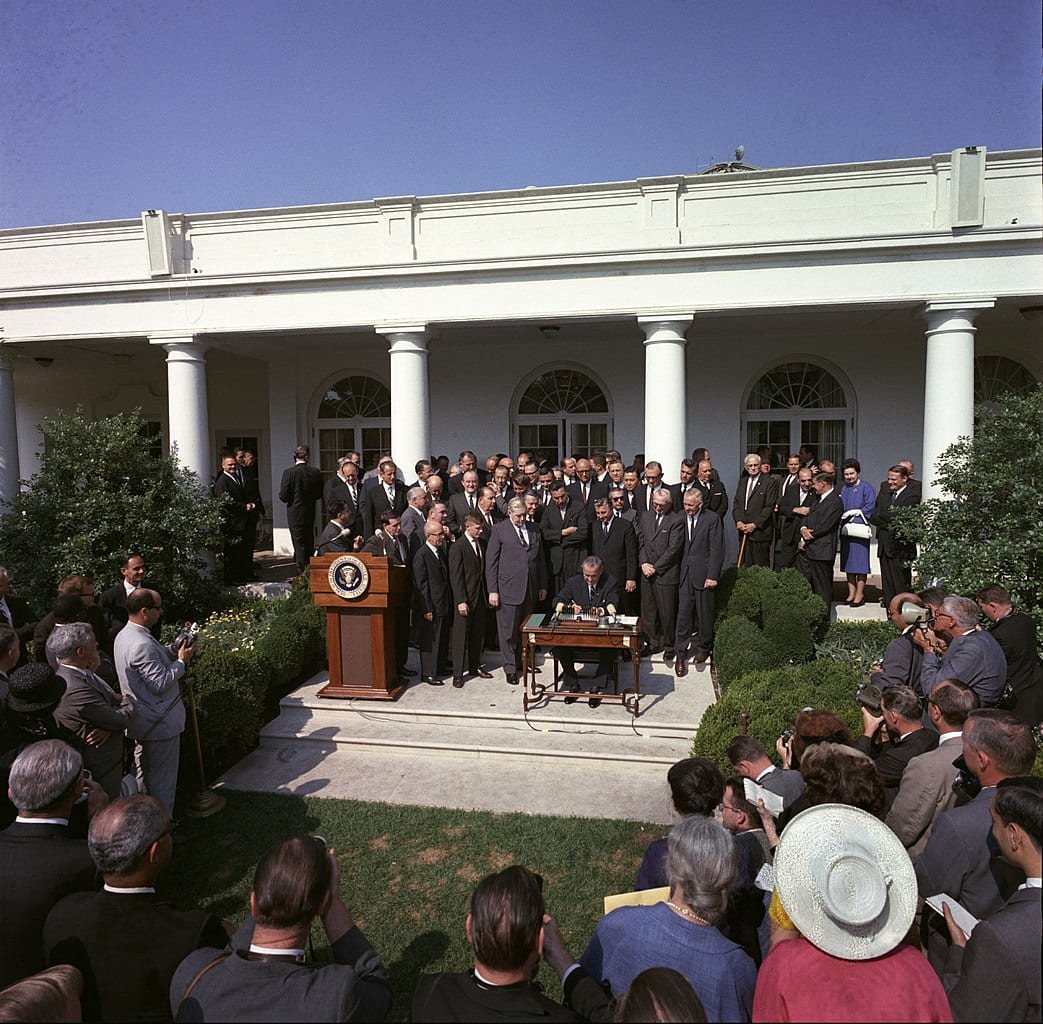 Amity Shlaes’ new book, Great Society, reminds us of the vast folly of our government’s misplaced faith in the collective. At a time when Great Society ideas — from universal income to tariffs and broader health care spending — are enjoying a revival, we must remind ourselves we’ve been down this road before. That’s why it’s a must-read for all members of Congress and presidential candidates during this election cycle. 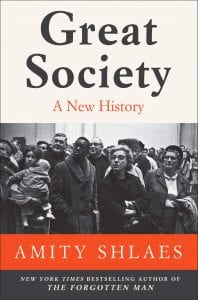 Socialism is big, intrusive government, plain and simple. “Nothing is new,” reads the epigram of this history of the 1960s. “It is just forgotten.” More than a mere history of what we got wrong, Schlaes’ thorough and entertaining book also takes time to note what Americans got right, especially two individual private sector firms.

Collectivism became popular in the early 1960s, in the time of John F. Kennedy. Young, idealistic Americans called for socialism in a fashion eerily similar to today’s youth.

The Great Society became official doctrine in 1964, when President Lyndon Johnson committed to curing poverty and transforming life in “our cities, our countryside and our classroom.” As Shlaes shows, the enthusiasm for federal intervention proved bipartisan. When Lyndon Johnson flagged and departed office in 1969, his successor, Richard Nixon, expanded federal programs with equal enthusiasm.

Many of the programs of what was called “The Great Society” were disastrous. They anesthetized the poor with social payments, depriving them of their ambition and practically guaranteeing a future of poverty for their children and grandchildren. Efforts to energize the poor in the cities only radicalized them.

A prime example was Syracuse, New York. The activist Saul Alinsky was arguing for civil disobedience in cities. Syracuse University received a federal Great Society grant of $314,000 to train community activists in Alinsky’s tactics, which meant protest. The grant paid Alinsky, who was becoming a celebrity, to consult. The Syracuse University Bulletin described the candidates sought: activism trainees “should have a controlled but intense anger about continued injustice and should be committed to hard work for people who are grappling with apparently overwhelming problems.”

Mayor of Chicago Richard Daley had a similar reaction when he found that federally funded activists, gang members even, hoped to oust him for more radical Democrats. The boss rang Washington to spell it out for the White House: “What in hell are you people doing?” Daley asked of a Johnson aide. The mayor spelled it out: “Does the president know he is funding subversives?” Rather than subvert riots, federal funds fueled them.

Other Great Society projects seemed benign — Medicare, Medicaid — at least at the time. Who could deny senior citizens health care? Most politicians, including, for example, the powerful Ways and Means Chairman Wilbur Mills, regarded the health programs as simple add-ons to Social Security, programs that would never match spending on, for example, defense. When the costs of the new programs instantly exploded, Mills was concerned, and pressed Johnson to cut back. Needless to say, Mills failed, and by 1971, even with the Vietnam War unfinished, our domestic spending on “butter” surpassed spending on “guns” — seemingly permanently.

Arrogance caused the U.S. to make so many errors. Government planners, including Kennedy, Sargent Shriver (the poverty czar), Johnson, and Richard Nixon’s Fed chairman Arthur Burns believed their intelligence and diligence meant they could do no wrong.

So when a program failed, Washington increased its investment.

Great Society, a domestic version of The Best and the Brightest, tracks these hapless policymakers. Even future senator Daniel Patrick Moynihan, one of the brightest, committed major bloopers, including helping to craft Kennedy’s Executive Order 10098, the order that gave rise to the public sector unionism that is now bankrupting our states and cities.

Shlaes notes that many private companies came up with solutions to social problems far better than anything offered by federal bureaucrats. A Great Society goal was to raise the standard of living of Native Americans to that of the national average. The most improvement in Native Americans’ lives in that period was, as it turns out, brought by Fairchild Camera executives who built a chipmaking plant in Shiprock, New Mexico, which eventually became the largest private-sector employer of Native Americans. Job creation at Fairchild, whose employees eventually founded what we know as Intel, and other companies gave Americans a glimpse of a better future, which comes through employment, not a program.

By the end of the 1960s, the first protest cries could be heard. Two of the loudest voices were from National Review and this magazine, founded 52 years ago by R. Emmett Tyrrell, Jr. One of the sleeper characters in this book, the already aging actor Ronald Reagan, eventually spoke truth to power and found a national audience. But before Reagan could bring Morning in America to the 1980s, much damage was done.

The crowning example of federal intrusion was economic policy. Retreating to Camp David in the summer of 1971, President Nixon and a team of men who knew better — among them the bully of a Treasury Secretary John Connally and star economist Arthur Burns — came up with a populist economic plan. The longer-term effects of the populist plan were inflation, slow growth, joblessness, and the economic purgatory of the 1970s.

There is also a serious message here, useful for a crowd well beyond lawmakers, especially self-proclaimed socialists. Well-meaning efforts of the government hurt those they purport to help.

Mr. Luddy is chairman and CEO of CaptiveAire.