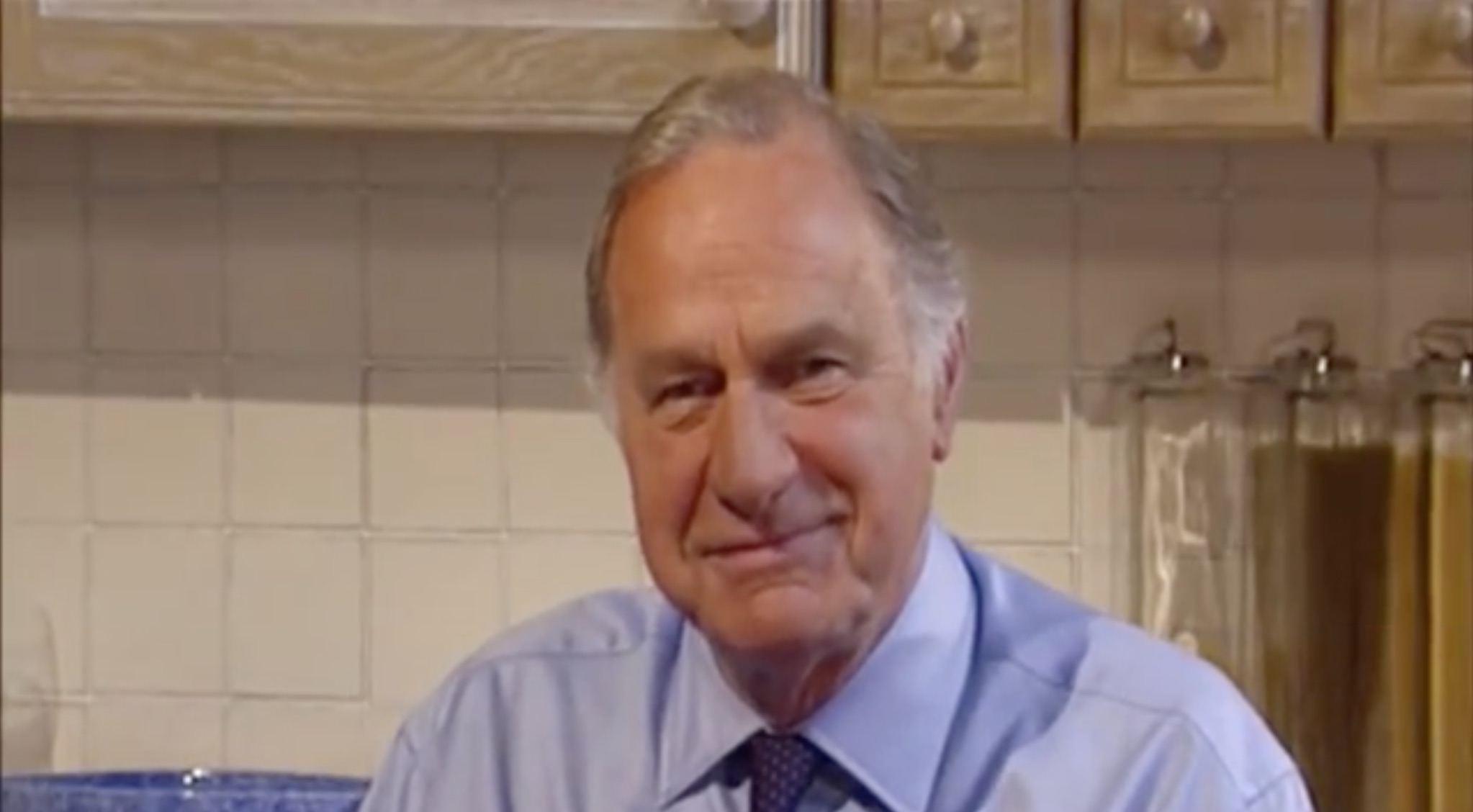 I’ve always been more pleased than put off when friends tell me, “You’re like Lionel.” I don’t think I am very much. But there’s no shame in being compared to Lionel Hardcastle, an appealing and amusing character played pitch-perfectly by Geoffrey Palmer between 1992 and 2005 in the British sitcom As Time Goes By. This last, by my lights, about the most delightful sitcom ever to grace the small screen. Unlike most contemporary sitcoms, it’s actually funny. And there’s nothing in it one would not want the kids or Aunt Eunice to see or hear.

Palmer died peacefully Thursday at his home in England. He was 93. He’s survived by his wife of 57 years, Sally Green, and two children.

Palmer also leaves behind a large body of stage, television, and movie work. A selected list of his six decades of credits include such as The Madness of King George, Butterflies, The Fall and Rise of Reginald Perrin, The Army Game, Mrs. Brown, A Fish Called Wanda, The Avengers, and Dr. Who. Never one to turn down work, he did guest shots on popular British TV series, including Inspector Morse, Fawlty Towers, Midsomer Murders, and Agatha Christie’s Poirot.

With less than leading man looks — his face was long and favored a bloodhound’s — and usually projecting a stuffy and/or grumpy persona, Palmer rarely got the girl. But he did in As Time Goes By, though both he and his love interest in this one, Jean Pargetter, played by Judi Dench, were well past the age of consent when this one picks up. It was in this series that my wife and I first became familiar with and fans of Palmer’s work. The setup of this one is that Jean and Lionel had a brief romance in the early ’50s when she was a nurse and Lionel a second lieutenant in the British Army, soon to be shipped to Korea. When he goes, she writes him. He writes back, but the letter gets lost in the mail. Thinking he has lost interest, she stops writing. Thinking she has lost interest, he stops writing. Neither had in fact lost interest. And 30-plus years later, both divorced, they meet by accident, and things are rekindled. Slowly, and in the most amusing way.

Dench, of course, is a consummate actress, who can play serious but has great comic timing and delivery, which is very much on display in this series. And despite the long face and dour expressions, Palmer can be surprisingly funny, with a bone-dry wit. As one obit writer put it, he excels in the slow burn and in comic bafflement. The bafflement mostly comes from the fact that in As Time Goes By Lionel is obliged to share a household with three attractive, intelligent, and energetic women: Jean, her daughter Judith, played by Moira Brooker, and Sandy, an employee at Jean’s secretarial agency, played by Jenny Funnell. And women make up a gender Lionel will never come within miles of understanding.

The humor in this one is gentle, based on the domestic clamors and crises familiar to us all, and on Lionel’s losing battle in his attempts to understand his housemates. The romance between Lionel and Jean is real and convincing. But this doesn’t mean Lionel will ever have an easy time of it.

The show is aided by a host of very fine recurring secondary characters. The writing and acting are consistently first-rate. The series is available on various streaming services and on DVDs. It’s well worth the viewing time, as is much else of Palmer’s work.

Those familiar with Palmer’s screen persona will not be surprised to learn that his father was a chartered accountant. After school and National Service in the Royal Marines, Palmer began what he thought would be a career as an accountant. A girlfriend at the time got him interested in community theater. And out of this came a really fine acting career. This girlfriend is mentioned in several of the obits I’ve read Friday, but never named. Too bad. She should be given credit, for she did a favor, not just to Palmer but to decades of viewers who have taken pleasure in Palmer’s work.

RIP Geoffrey Palmer. Long live Lionel and Jean Hardcastle. Their love and humor will stand up, as time goes by.