New Socialists,Top Story Democrat Party,Karl Marx,Marxism,Politics A Fellowship of Losers - The American Spectator | USA News and Politics
Menu
New Socialists
A Fellowship of Losers
Marxism — never has there been anything so destructive yet so alluring … to the modern Democrat.
by Ron Ross
Socialist Political Posters and Signs in the window of a Bernie Sanders Cafe or Coffee Shop in Los Angeles (mikeledray/Shutterstock.com) 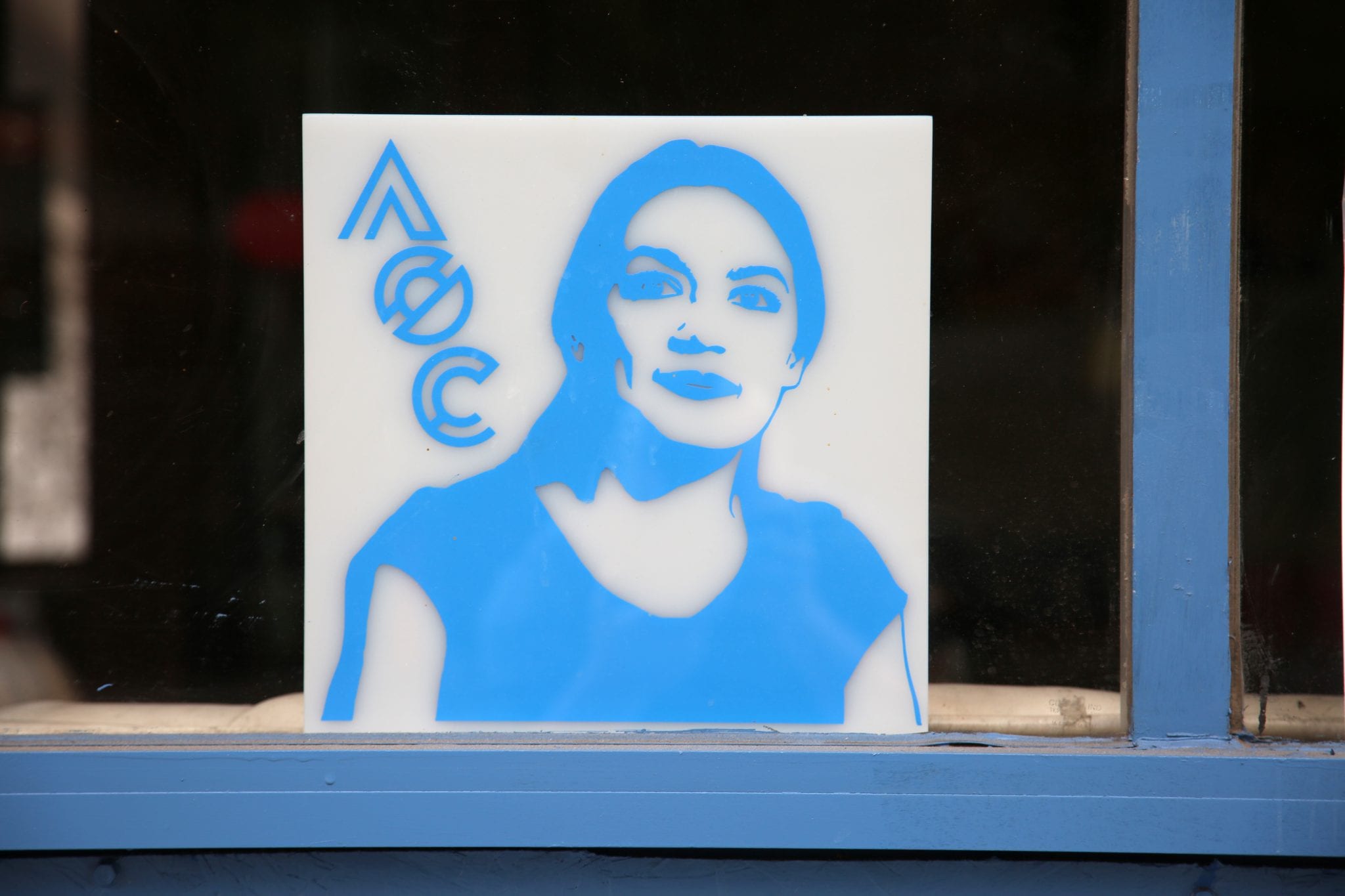 If you’ve wondered where the beliefs of the modern Democrat Party originated, the answer can be found in 28 pages. They comprise The Communist Manifesto, written by Karl Marx and Friedrich Engels in 1848.

The Communist Manifesto is the greatest monument to erroneous thinking but profound persuasion in the history of thought. Marx was an extremely talented propagandist. He was a grossly incompetent economist.

A theme of the Manifesto is that oppression permeates all societies. Initially it was about the oppression of workers (the proletariat) by owners (the bourgeoisie). Now leftists view all societal relationships through the prism of oppression — only the placeholders change: one race against another, Palestinians versus Israelis, male versus female. (“The bourgeois sees in his wife a mere instrument of production.”)

The world is divided between the oppressors and the oppressed. This view provides the foundation for identity politics and also makes it easy to accuse people of racism.

Some of the Manifesto’s most famous quotes demonstrate how influential it has been on leftism and today’s Democrat Party:

The following are some of the specific policy goals listed in the Manifesto:

The opening and most famous words of the Manifesto are, “A specter is haunting Europe — the specter of communism.” For several decades after the Manifesto was published not a single country converted to communism. Communism did not take root until 69 years later,  in Russia, of all places. Marx predicted that communism would occur after the highest stage of capitalism had been reached, not in an impoverished, feudal economy such as early-20th-century Russia. China adopted communism in 1949, North Korea in 1948, Cuba in 1959, and Venezuela in 1998.

The Manifesto and Das Capital are not about how communism works. They are, rather, about why a market economy cannot work. “Internal contradictions” such as “declining rates of profit” and “increasing immiserization of the bourgeoisie” were already locked into place and would guarantee capitalism’s demise.

Marx was possibly the first “globalist.” He argued that workers should realize their interests lie with their fellow workers throughout the world. He believed patriotism was a trick to distract workers from their true loyalties.

Marx’s magnum opus was Das Kapital. It is three volumes in length. It was, in part, an attempt to refute Adam Smith’s An Inquiry into the Nature and Causes of the Wealth of Nations, or simply The Wealth of Nations. More than coincidentally, Smith’s book was published in 1776, the same year as our Declaration of Independence. Although he was a Scot, Smith deserves to be thought of as one of our Founding Fathers.

Smith did not invent the free-market system, but he provided an explanation of how one works. He was correct in almost everything he wrote, and his insights are still relevant to our economy today. Smith advocated voluntary exchange; Marx believed in force.

The U.S. and England followed Smith’s advice. The freedom and economic growth it has made possible have far exceeded anything else in human history.

Marx wanted the “state” to make choices. That model for organizing society has led to the Soviet Union, Communist China, Cuba, and Venezuela.

What Marx wrote was wrong when he wrote it, and it is wrong now. Nevertheless, today’s Democrat Party prefers Karl Marx to Adam Smith. Everyone needs to recognize that there is no real difference between Karl Marx and Bernie Sanders, Elizabeth Warren, or Alexandria Ocasio-Cortez.