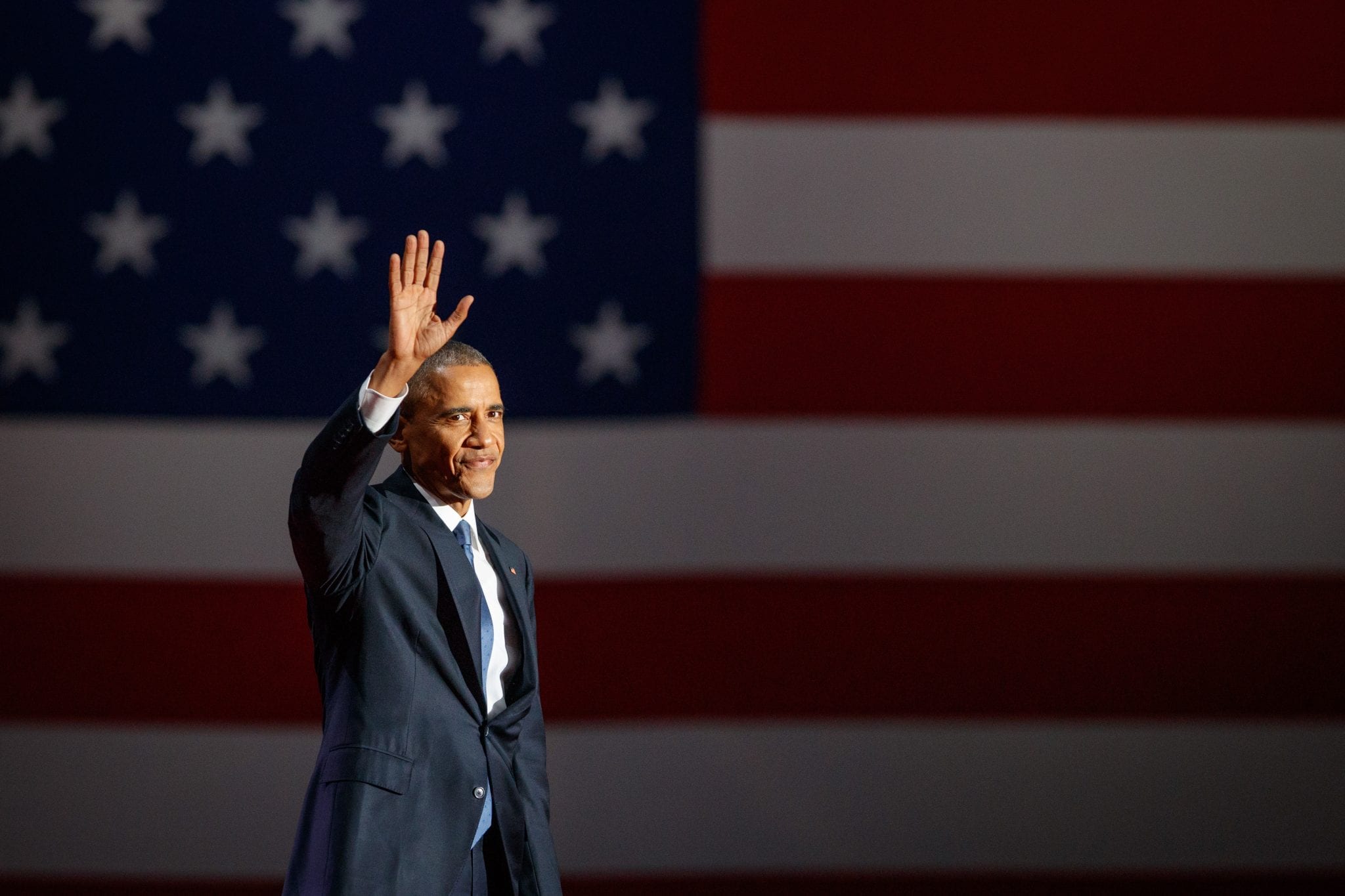 First, it is likely that President Donald Trump violated some cockamamie administrative rule when he recently spoke with the new Ukrainian president about the potential corrupt dealings of former Vice President Joe Biden and his son, Hunter, in Ukraine. Fine. Can’t Trump just pay a fine or something? Yes, he should’ve been more careful (and he needs to tell Rudy Giuliani to calm down, as the former mayor risks perjuring himself before not one, but three Congressional committees). What Trump did was the equivalent of going 15 mph over the speed limit in rural Georgia: it happens. Rarely does anyone notice. Ignorance is still not a viable legal defense. But, usually, the state is lenient, given that the violation is minor.

More importantly, though, can we not acknowledge, that — charges of “whataboutism” notwithstanding — what Trump did was nowhere near as bad as what his predecessor, the sainted Barack Obama, blatantly did to Trump during the 2016 presidential campaign?

What few appear capable of acknowledging is that former President Obama and his loyalists engaged in a government-wide conspiracy to besmirch, delegitimize, and ultimately destroy Trump’s 2016 presidential campaign and, later, his presidency. Due to the outright fabrications of Obama’s intelligence officials regarding purported collusion between President Trump and Russian intelligence during the 2016 campaign, a variety of Trump campaign workers effectively had their lives ruined, and the president’s agenda was stunted — depriving the voters of the policies they voted in favor of.

Whereas the entire basis of the last Democrat obsession, the Russian collusion delusion, was built on lies crafted by Democrat loyalists embedded within the highest levels of the administrative state, this time, the Democrats think they’ve got a winner, because this “scandal” is not based on outright lies. Instead, it is merely based on exaggeration. Democrats charge Trump with having colluded — with Ukraine’s leadership this time — to dig up dirt on former Vice President Joe Biden, who is, hilariously, the Democratic Party front-runner in the 2020 presidential campaign.

But that still doesn’t pass the impeachment smell-test — even David Brooks agrees on this. Besides, Trump’s Ukraine call did little to damage the country or real American citizens the way Obama’s Russian collusion delusion did. Just look at the list of people whose lives were destroyed by Obama’s Great Lie, and you’ll see the true criminals were Obama and his merry gang in 2016.

George Papadopoulos was treated with the utmost contempt by supposedly impartial federal investigators. Investigators like former FBI Counterintelligence Assistant Director Peter Strzok, and his lover, former Justice Department lawyer Lisa Page, would prove in their Congressional testimony that they knew there was no evidence of Russia collusion. But they had an irrepressible need to destroy that man in the Oval Office at all costs.

Another, the septuagenarian Paul Manafort, who was part of the campaign for only a matter of months in 2016, languishes in federal prison for, if you’ll pardon the expression, trumped-up charges that have nothing to do with the Russian collusion allegations.

Long-time gonzo GOP operative Roger Stone, for all of his personality quirks and personal foibles, has also unfairly suffered at the hands of an intelligence community weaponized by liars to falsely accuse anyone who dared take a political stand opposite of the dominant leftist ideology of the administrative state. Oh, lest we forget: poor Jerome Corsi’s ancillary involvement in the Mueller probe has ended his career entirely!

And, then there’s the despicable treatment of the great American patriot, former Lt. Gen. Mike Flynn — who was the victim of an early “Deep State” putsch aimed at stymying any chance of President Trump implementing his truly transformative foreign policy agenda. The John Brennan types in government said Flynn lied to investigators (well, at least that’s what the aforementioned partisan hack, Peter Strzok, claimed). So, too, did Trump’s witless vice president.

Flynn’s real sin — err, “crime” — was that he did what every intelligence officer is taught to do (but apparently rarely does anymore): speak truth to power. As “Obama’s general” and former director of the Defense Intelligence Agency, Flynn was deeply disturbed by the Obama nuclear agreement with Iran. He rightly understood it was a dangerous giveaway to a terrible foe. Flynn was shanghaied from office for purportedly being a racist … or something. It also did not help his case that he apparently crossed the former CIA director, John Brennan, in a turf war over control of America’s drone program. Then, Flynn further sinned against the “Deep State” by leading calls to “Lock Her Up!” at the Republican National Convention in 2016 (in reference to Hillary Clinton, for her shoddy handling, and subsequent cover-up, of the egregious Benghazi consulate attacks in 2012).

No one is allowed to say that the emperor has no clothes.

The Perps
As has been proven over the last few years, corrupt individuals, such as John Brennan, former Director of National Intelligence James Clapper (himself an unapologetic Red Diaper Baby), and former FBI Director “Saint” James Comey — along with hyper-partisans, like the former Deputy Assistant Secretary of Defense for Russia/Ukraine/Eurasia, Evelyn Farkas — abused the immense power of their public offices to devastate a coterie of private citizens with whom they politically disagreed.

The insufferable former U.S. ambassador to the United Nations, Samantha Powers, herself a “problem from hell,” who (naturally) has a new book out matching her unbearable nature (entitled The Education of an Idealist — excuse me while I barf over here); in concert with the servile former Obama national security adviser, Susan Rice, as well as the haughty former secretary of state, John Kerry, are all suspected of having illicitly used their offices to “unmask” the identities of private American citizens. Each one of those private citizens were, bizarrely, confused by U.S. intelligence as being Russian assets in the United States.

Mind you, all of the people who were unmasked by this toxic trio had also previously been cleared by the intelligence agencies that had initially investigated them (meaning that no one in government had any justifiable reason for publicly disclosing the fact that these individuals were investigated in the first place). Conveniently, of course, all of these individuals, such as the hapless Carter Page, also happened to be Trump campaign advisers in 2016.

What a coincidence, eh?

Odious Corruption at the Highest Levels
The X-Files once had a tagline for describing administrative state nefariousness: Deceive, Inveigle, Obfuscate. Clearly, that is the mantra for the parts of the intelligence community that are still beholden to Obama’s bewitching ideological spell (as well as the Clinton family’s implied threats against any who dare to oppose their unjust claim to power).

These conspirators left nothing to chance. They even took things global. Not only did they abuse the vital Foreign Intelligence Surveillance Act (FISA) by submitting literal lies to the secretive FISA courts, all in order to pursue Trump campaign advisers in a blatantly partisan campaign, but these same administrative state lackeys also wrongly included U.S. allies in their witch hunt. They ultimately activated the potent capabilities of the “Five Eyes” intelligence services (Canada, Britain, Australia, New Zealand, and the United States) and used these countries as bases to conduct the gravest of violations on innocent, private American citizens, who simply did not share the Democrats’ worldview (these rights could be violated, since the four foreign countries that comprise the Five Eyes are not bound by the same constitutional limitations that U.S. intelligence is supposedly bound by).

Don’t you dare get offended by the fact that President Trump may have spoken too openly about the Biden family’s corruption in Ukraine if you’re not seething about the numerous, grotesque violations that the Obama administration undertook to ensure their preferred candidate, Hillary Clinton, succeeded the milksop Barack Obama as president. The Democrats, not the Republicans, are the ones who should truly be investigated — and face hard jail time for their illegal acts.

Further, part of any such investigation must include the detailed disclosure of all documents related to the involvement of the aforementioned Five Eyes. Not only would this destroy the ongoing transnational coup against all right-leaning populists, such as Donald Trump, Boris Johnson, and even Benjamin Netanyahu, but it would also further cleanse the intelligence community of the odious corruption that has long pervaded it.

Civil war is not coming. But, thankfully, a deep cleansing of our “Deep State” is underway. If it doesn’t happen, Trump will be wrongly removed from office, and our republic will be dead.