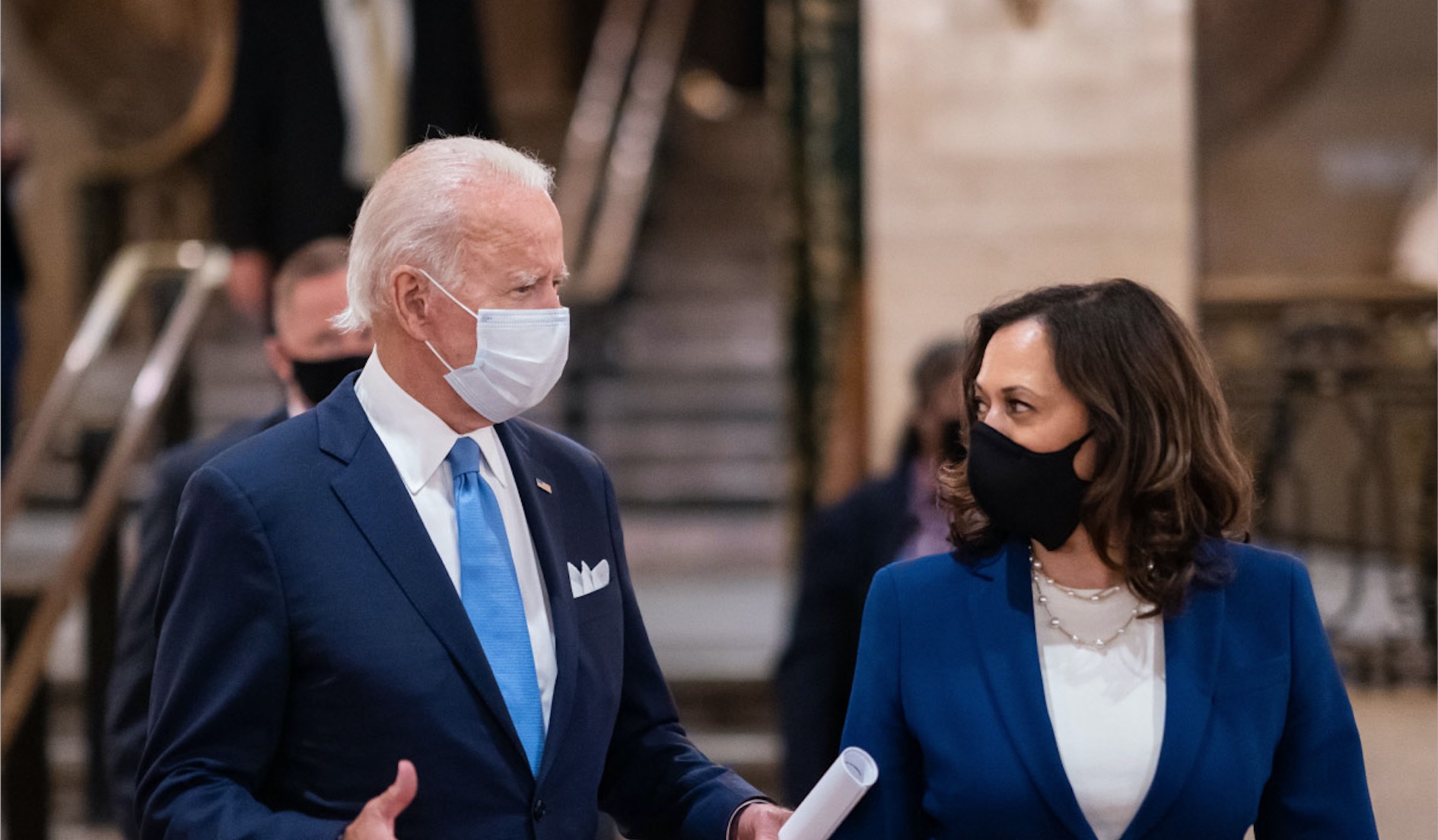 The divisive speech given by President Biden last Thursday — seeking to shift focus from his cowardly bug-out from Afghanistan to COVID, and to make Republicans — to Biden, a/k/a “the dark forces” — the issue rather than his horrendous first eight months in office, came on the anniversary date — 9/9/2001 — when Al-Qaeda assassinated the Northern Alliance’s greatest warrior-leader, Ahmed Shah Massoud; his son continues the resistance today. Tellingly employing suicide bombers disguised as photo journalists, with bombs concealed in pseudo-cameras, that strike was the kick-off trigger event for activating the suicide hijackers, already in America, to carry out the the 9/11 attacks. That horrific day, begun in September sunshine, descended into a dark inferno of searing flame, noxious gases, flying debris, and falling bodies; a total of 400 first-responders, who went into the crumbling structures knowing they’d likely not survive, saved thousands by their sacrifice. The aftermath saw a nation united in shock, grief, and outrage, and generated the motive force for America to project its military might 7,000 miles to confront Al-Qaeda.

From that extraordinary display of grit and grace in adversity, followed by “shock and awe” firepower in response, we now reel in disgraced disarray, our leaders cowering, prevaricating, posturing, and deflecting blame. To cover our failure to evacuate those Afghans who helped us — a number that SecState Blinken just told Congress may be not 100, but “several thousand” — the administration evacuated thousands of Afghans that the Taliban allowed us to take — who had not done anything for us. Think there just might be a few sleeper agents slipped into the mix?

We did not simply leave Afghanistan, but openly, abjectly surrendered to an enemy now hugely revitalized by our shattering defeat — to say nothing of a bonanza in military equipment — making ourselves a state sponsor of terrorism. Add to that an intelligence coup in giving biometric data on all Afghans who helped the Americans. Those who launched jihad 20 years ago are now poised to relaunch globally.

For their part, the newly empowered Afghan Taliban marked 9/11 by hoisting the Taliban flag over the Presidential Palace. The Taliban is torturing and killing Afghan counterterrorism agents who cooperated with the allied forces. And worst of all, it is beginning to round up Afghan males 12 and over, taking them to undisclosed locations — possibly to commit genocide. The area targeted for the round-up is the Panjshir Valley, a key region where the opposition Northern Alliance is based. As all this goes on, the president goes golfing.

During Saturday’s remembrance ceremonies, Biden and Harris found time to throw in their party’s favorite identity politics mantra: “Diversity is our strength.” Of viewpoint diversity the most they can manage is to pay lip service, while pursuing phantom armadas of white supremacy.

Meanwhile, what preoccupies the administration as the world is falling apart? NOT MAKING THIS UP: Confederate monuments.

Three days before the 9/112001 memorial ceremonies the most famous statue of Confederate General Robert E. Lee was torn down. Lee was, in fact, not only universally respected in his time by friend and foe alike; no one else could have brought the South to the peace table in Appomattox. Had Lee not done this, the likelihood is that Confederate diehards would have commenced a guerrilla war that could have lasted decades. The fearsome Nathan Bedford Forrest, whose cavalry bedeviled several Union armies — who himself had killed 31 men in hand-to-hand combat, and had 30 horses shot out from under him — would have led the fight. Instead, in 1866 he became the first Imperial Wizard of the newly-formed Ku Klux Klan.

They can tear down his statue. Lee would have been embarrassed by it. However, they cannot reverse the verdict of history. Lee will forever stand for duty and honor in opposition to tyrannical power. Those that want to dispute that comment and hurl insults must defend the status quo leading this nation into oblivion.

The statue, displaying “Marse Robert” on horseback, which stood in Richmond at the head of Monument Avenue for 131 years, was destroyed with the enthusiastic support of Virginia’s corrupt, power-drunk governor. The statue was desecrated, hacked up, and sent into oblivion by “woke” mobs — drunk with the arrogance that ignorance breeds. Thus was a once-revered figure in America’s national memory cast into the dustbin of history by neo-fascist servitors of the most tyrannical administration in American history. Along with their cultural elite allies — foremost in mass and social media — this unholiest of alliances poses the greatest security threat ever to America and the freedom that once was every American’s birthright.

The signs of tightening tyranny come from the top. Both Biden and Kamala Harris accused Americans of targeting Muslims after the 9/11 attacks: Said Biden, “We also witnessed the dark forces of human nature. Fear and anger. Resentments and violence at Muslim-Americans, true and faithful followers of a peaceful religion.” Harris, for her part, threw in Sikhs as well: “Sikhs and Muslim-Americans were targeted because of how they looked or how they worshipped.” The FBI’s Hate Crimes Statistics database shows that in 2001 55.7 percent of religiously motivated attacks targeted Jews, and 65.9 percent targeted Jews in 2002. For Muslims the 2001 figure was 27.2 percent in 2001 and 10.8 percent in 2002. At most one can argue that there was a bump immediately after the attacks; but omitted — naturally — is the fact that Jews targeted vastly exceeded Muslims in both years. The latest FBI figures, for 2020, show Jews were targeted in 57.6 percent of religiously motivated attacks — 676 out of 1,174 — while Muslims were targeted in 69 out of 1,174 — 5.9 percent. Thus, in 2020, Jews were targeted just shy of 10 times as often as were Muslims. (If the argument is that Muslims were reluctant to step forward, the same can equally be said for other religious groups; absent supporting data, elevating by bald assertion any group’s silent victims versus others is classic bootstrapping.)

Biden and key administration figures like press secretary Jen Psaki have joined with ostensibly private social media companies to censor speech critical of the government’s policies on COVID vaccines — even blocking balanced discussion of vaccine pros and cons. They are nominating judges who are militant secularists; the administration’s arguments for curbing religious freedom have already been rebuffed by the Supreme Court, including several 9-0 adverse rulings. The president said that from the outset the Second Amendment has limited the type of people who can own a gun and the type of guns they can own. The State of Texas is going to build a 733-mile wall to secure the Texas-Mexico border, of which only 150 of 1,250 miles are currently protected by barriers; and Team Biden does next to nothing to vet illegal migrants for disease and eligibility.

The Wall Street Journal’s Gerard Baker sees a serious decline in Biden administration credibility, despite a pernicious double standard mainstream media employ to protect him for behavior they condemned when judging Trump:

His credibility problem isn’t simply sapping Mr. Biden’s poll numbers or even his ability to advance his political agenda. It’s further eroding trust in government, undermining America’s tattered reputation in the world and making it immeasurably harder for authority — now and in the future — to maintain the kind of trust that is essential to the functioning of a free society.

Among America’s most important allies there is no longer any trust that Mr. Biden can be relied on as a serious partner. They’re now making their own plans. At home, people are so bewildered and angry about the endless inconsistencies on masks, lockdowns, and vaccines that many of them have simply stopped paying attention.

Perhaps worst of all, save assaults on free speech: the Treasury announced IRS plans to monitor all monetary transactions of $600 or more:

This proposal would create a comprehensive financial account information reporting regime.… This requirement would apply to all business and personal accounts from financial institutions, including bank, loan, and investment accounts, with the exception of accounts below a … gross flow threshold of $600 or fair market value of $600.

Dennis Prager sees our greatest threat from the union of radical, totalitarian Leftists who seek to control others, and the growing number of people who increasingly accept such control as legitimate:

They currently dominate four of the five English-speaking countries (the United Kingdom may be the one exception). The ease with which Australians, Canadians and New Zealanders have accepted the loss of liberty in their respective countries has been the saddest and most frightening development since the rise of totalitarianism in the early 20th century.

Even sadder and more frightening has been the acceptance of authoritarianism by half of the American people. America has been the beacon of liberty in the world. America was the country to which France gave the Statue of Liberty. America has been, as President Abraham Lincoln characterized it, “the last best hope of Earth.” America’s self-image has been that of a “sweet land of liberty” and of “the land of the free and home of the brave.”

Four unchecked years of the Biden/Harris administration bid fair to undermine American freedom and prosperity. Former Trump director of national intelligence John Ratcliffe called President Biden “our greatest national security threat.” He has, he said, gotten everything wrong over his first eight months. Truly “profound and grave damage” has been done, because we will not be able to get human intelligence — this is a “ripple effect” that will hurt us everywhere. Ripple damage is generic: It is not particular to the direct damage done in Afghanistan; rather, it damages our standing across the entire geopolitical spectrum — allies, neutrals, and foes, on all seven continents, militarily, politically, economically, and culturally.

Bottom Line. As our foreign adversaries gain strength and resolve, whilst our allies wilt in despair, we are coming undone by the metastasizing malignancies of internecine strife. Either these baleful trends are soon reversed, starting with the 2022 mid-term elections, augmented by courts that step up to affirmatively block unconstitutional infringements on our freedoms, or America will rapidly fall into a civilizational death spiral.

At the dizzying speed at which Team Biden is moving, waiting for 2024 amounts to putting a band-aid on multiple simultaneous Stage 4 cancers. Preventing implosion requires that a critical mass of the public see the myriad dangers, sense their immediacy and gravity — and, above all — express their disgust where it counts most: by a landslide vote for change.