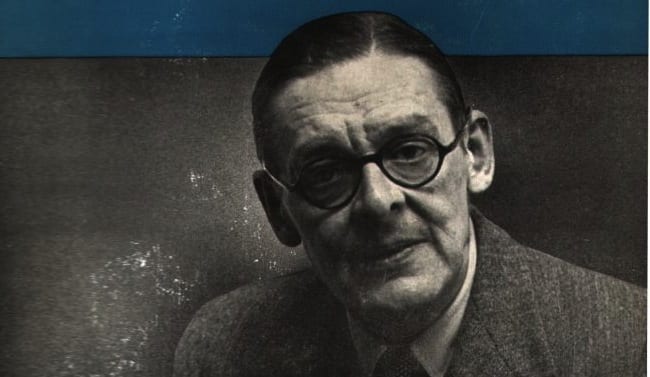 Sydney and Violet: Their Life With T.S. Eliot, Proust, Joyce, and the Excruciatingly Irascible Wyndham Lewis.
By Stephen Klaidman
(Nan A. Talese, 268 pages, $27.95)

PROMINENTLY QUOTED ON the dust jacket of Stephen Klaidman’s Sydney and Violet are a few words from T.S. Eliot’s postscript to the 1962 obituary of Violet Schiff in the Times of London: “I write primarily to pay homage to a beloved friend, but also in the hope that some future chronicler of the history of arts and letters in our time may give to Sydney and Violet Schiff the place which is their due.”

Who were the Schiffs? They were a fabulously wealthy couple who, during the years between the World Wars, maintained one of London’s great literary salons and cultivated friendships with some of the leading scribes of the day, among them the short-story virtuoso Katherine Mansfield, the writer and artist Wyndham Lewis, and the novelist Aldous Huxley. At their homes in and around London, the Schiffs threw glamorous parties at which these and other authors rubbed elbows with their peers from the worlds of art and music. It was Sydney who introduced Eliot to Lady Rothermere, who ended up bankrolling Eliot’s important journal the Criterion. And it was the Schiffs who held a soirée in Paris at which their close friend Marcel Proust met James Joyce—the only time those two masters were ever in the same room. Sydney was, moreover, himself a writer, publishing several reasonably well-received autobiographical novels (several of which can be read online, for free, at archive.org) under the name Stephen Hudson. Violet was a close collaborator in this enterprise, serving as his adviser and editor. In addition, Sydney funded a major literary magazine called Art and Letters, which published works by many prominent modernists, from Ezra Pound and Pablo Picasso to Henri Gaudier-Brzeska and Henri Matisse.

Although in his lifetime Sydney was widely considered a writer of some consequence, both he and his wife have long since been forgotten by pretty much everyone except a handful of academic specialists. Klaidman’s manifest objective—namely, to carry out Eliot’s wishes by giving Sydney and Violet “their due”—seems, at first blush, like an admirable idea. Unfortunately, the source materials just aren’t there. Neither Sydney nor Violet left a diary or journal, the epistolary record is painfully meager, and the scattered references to them in the records of other people’s lives just don’t add up to much. Consequently, Klaidman is forced to pay all too much attention to the relatively few documents he’s managed to scrounge up—and thus he confronts the reader with page after numbing page of quotations from (and/or paraphrases of) letters in which Sydney heaps hyperbolic praise on (say) Proust or Eliot, and letters to Sydney from these and other literary friends who go into stupefying detail about quotidian matters that could not possibly be of interest to anyone and that, in any event, have absolutely nothing to do with the Schiffs. Even the meeting between Proust and Joyce, which Klaidman builds up to as if to a thrilling climax, turns out to be a big zero: Apparently they barely exchanged hellos.

The book’s subtitle, Their Life with T.S. Eliot, Proust, Joyce, and the Excruciatingly Irascible Wyndham Lewis, implicitly promises a colorful account of a highly cultured social circle, packed with sharply drawn portraits and memorable conversations—a book in the vein of, say, Patricia O’Toole’s The Five of Hearts: An Intimate Portrait of Henry Adams and His Friends, 1880-1918 or Leon Edel’s Bloomsbury: A House of Lions. Nope. Klaidman serves up clumps of undigested biographical data about the Schiffs’ celebrated chums, but if you didn’t already know how fascinating they were, you wouldn’t know it from this book. The subtitle’s reference to Lewis as “excruciatingly irascible” is, aside from its preciosity, especially problematic. As Klaidman himself makes clear, Lewis was not just “excruciatingly irascible,” he was a chillingly vile excuse for a human being. Viciously anti-Semitic, he wrote an entire book in praise of Adolf Hitler and gave away his children at birth. Klaidman’s tone-deafness to moral questions, which is evident throughout Sydney and Violet, is especially noticeable when he’s dealing with Lewis: He mentions the child abandonment in parentheses, and, instead of asking why the Schiffs, both of whom had Jewish blood, would give such a despicable character the time of day, professes to admire them for providing him with generous financial support. Nor was Lewis the only “friend” whose anti-Semitism they endured without apparent complaint: It was, remarkably, Sydney who first published, in Arts and Letters, Eliot’s notoriously anti-Semitic poem “Burbank with a Baedecker, Bleistein with a Cigar.” Again, Klaidman, far from being exercised about this, represents the Schiffs’ readiness to overlook such prejudice as a virtue.

Then there’s the style. A book in this genre should possess a certain light charm—it should be a high-toned diversion, transporting the reader to another time and place on wings of elegant prose. Alas, Klaidman, a longtime newspaper reporter and writer of books about medicine, is only intermittently successful at striking anything close to the right note. The book is awash in basic grammatical errors (“herself” instead of “her”) and infelicitous and confusing sentences. Klaidman tells us that Proust, when planning to write to Sydney, “played with the option of using toi, the familiar form of address, instead of the formal vous, which in those days in France indicated profound intimacy.” It sounds as if Klaidman is saying that vous indicated intimacy, though of course he actually means to say the opposite.

Perhaps the book’s signal failing it is sheer repetitiousness. At least in part, one gathers, to fill space, Klaidman keeps hammering home the same handful of points about his two protagonists: how close their marriage was, how well their tastes (he loved art; she loved music) and personalities (he was diffident; she was gregarious) complemented each other, how fiercely determined Sydney was to tell the unvarnished truth in his novels, and how extraordinarily gifted a hostess Violet was. Yet while we’re constantly being told these things, we’re virtually never shown anything. Indeed, at the end of the book we still don’t really feel we know Violet at all, and to the degree that we feel we know Sydney, it’s as an immature, self-absorbed oddball who, for all his munificence toward needy creative types, seems to have been chronically incapable of putting himself in other people’s shoes. In his letters to Proust he’s nauseatingly sycophantic, repeatedly declaring his matchless admiration—and even love—for the great writer; yet when Proust gently tries (more than once) to explain that he’s terribly ill and struggling to finish his masterpiece before he dies, Sydney shows almost no trace of understanding or compassion. Relentlessly, he burdens the dying Frenchman with reams of inappropriate family gossip (which Klaidman, in turn, imposes upon us) and with puerile gripes about every last little thing in his life that isn’t going exactly his way. To the extent that we actually get to know Sydney, in short, we don’t like him much, or care to know him better. When, in the book’s closing pages, Klaidman quotes (in order to refute it) a nephew of Violet’s to the effect that the Schiffs’ world “was an essentially artificial one full of name dropping and pretension,” one has no trouble whatsoever believing that he knows precisely whereof he speaks.