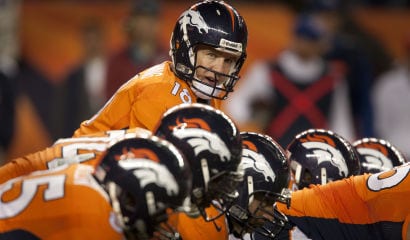 If a government shuts down and no one is around to notice it, does anybody care?

Parents dropped off kids at school. Workers earned their daily bread. Americans exercised at the gym, watched their favorite shows, digitally reconnected with loved ones, read books, and went about their routines oblivious to the drama in the Capital.

Nobody noticed that nineteen of every twenty Environmental Protection Agency employees stayed home or that NASA TV went off the air or that Veterans Administration public affairs officers took leave from their propaganda efforts. They’re not called “nonessential” workers for nothing.

Even when the president used the resources of the government to keep the governed away from national resources, Americans ignored him. If Hitler couldn’t stop those veterans from taking Normandy then “keep out” tape and temporary barricades weren’t going prevent them from liberating the World War II Memorial.

Politics isn’t our civic religion. Football is. If Obama wanted Americans to care about the government shutdown, he should have first nationalized the NFL. We prefer wideouts to bailouts, kick returns to tax returns, Andy Reid to Harry Reid.

Just think of the national freak-out that took place in 1982, and again in 1987, when the NFL players went on strike. The same happened in microcosm in various cities. When the Colts left Baltimore, “Loudy” Loudenslager, who had missed just one game since the 1940s, showed up to an empty Memorial Stadium for the opening day of the 1984 season, and the Baltimore Colts Marching Band plaintively played on despite the Colts playing on elsewhere. During those Twilight Zone years without the Browns in the NFL, Cleveland Brown, whose son, dad, and granddad shared the name, reassured football fans that his Cleveland Browns would stay in Ohio regardless of Art Modell’s decision to move his Cleveland Browns. And we can’t forget that the federal government didn’t save New Orleans; the Saints did.

The NFL enjoys the highest ratings on television. Our elected officials suffer through more anemic popularity ratings. Just 44 percent of Americans approve of Barack Obama’s job as president; an all-time low of 10 percent approve of Congress. But about two-thirds of Americans cop to watching football and over a million boys play the game in high school, making it the nation’s most popular interscholastic sport. Four times the number of Americans pick football (college and pro) as their favorite sport as choose baseball.

Fans willingly hand over billions of dollars to obtain tickets and jerseys. Taxpayers pay to opt out of Obamacare, public schools, and other too-expensive-at-free services offered by the state. When the government gives away stuff (food stamps, WIC, SSI, etc.), the recipients seem sad, demoralized, resentful—anything but grateful. We need the military, the courts, air traffic controllers—all part of the 87 percent of the federal government that remains open during the “shutdown.” We could do without much of the rest, as this past week proves.

Recognizing the power of football, and the impotence of the shuttering of the Export-Import Bank in rallying a politically listless nation, the Obama administration briefly held hostage the service academies’ weekend games. Never mind that congressionally apportioned funds won’t pay for Navy-Air Force or Army-BC, or that the events generate millions in revenue that more than pay for staging them. Threatening to cancel them is political theater. Obama surely is not the first politician who exploited sports to make a political point.

In writing The War on Football: Saving America’s Game, I was struck by the unifying force of the pigskin. Football brings us together. In writing about government, I am struck by the divisive nature of politics. It separates us.

This week proves the latter. Fall weekends prove the former. Small-town America convenes under Friday night lights to watch high school football. Alumni transform sleepy college towns into temporary metropolises for Saturday intercollegiate games. And Americans of every color and from every region spend their Sunday with their butts glued to couches and their eyes glued to Peyton Manning, Tom Brady, and Russell Wilson. Come Monday, they still won’t care that federal winery permits have been put on hold.