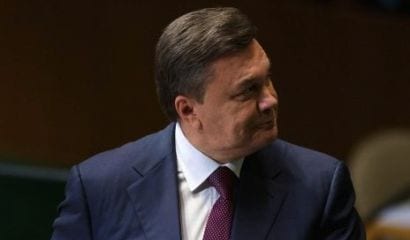 Something happened in Ukraine a week ago that didn’t make the news here, but which Americans should care about.

In Kiev, President Viktor Yanukovych pardoned former Interior Minister Yuri Lutsenko, who had been convicted of “abuse of power” in 2010. This is a step toward completion of a stalled European Union-Ukraine Association Agreement which would open up EU markets to Ukrainian exports — a great potential boon to the country’s economy. Close Ukrainian ties to the EU can also be seen as a proxy for stronger, broader ties between the United States and this strategic country that lies between the West and Russia.

Ever since its independence in 1991, Ukraine has sought to balance relations with the two. The country’s Ukrainian-speaking western half has long related to its western neighbors, while its Eastern half has related to Russia and many of its residents are Russian speakers. (Yanukovych is from the east.)

The EU and Ukraine initialed their Association Agreement in March last year. Four months later they initialed the important free-trade agreement. The EU is holding off final signing because of what it considers anti-democratic tendencies of the Yanukovich government. It wants progress by Ukraine in preventing “selective” justice. The pardon of Lutsenko, along with former Ecology Minister Heorhiy Filipchuk, represents an important first step. One more that might well lead to a signing of the documents would be the release of Yanukovych rival, former Prime Minister Yulia Tymoshenko. She was convicted in August 2011 of “abuse of office.” So far, Yanukovich has declined to release her, perhaps because he thinks she would be a most formidable rival in his 2015 reelection campaign. He and his government have not yet concluded that the considerable benefits of the EU agreement outweigh the possible political cost at the polls.

Recently, amid reports of her declining health, Tymoshenko was moved to a prison hospital. This might give Yanukovych the opportunity to release her on humanitarian grounds (perhaps with a private quid pro quo that she would agree to stay out of elective politics).

The EU wants to see progress on other reforms defined in the joint Agreement agenda, such as Ukraine’s adoption of international election standards. Nevertheless, getting rid of these two examples of what it considers selective justice might be enough to activate the Agreement. On his release from prison, Lutsenko told Euronews, “I think now we are closer to the EU (prospects) and for me (that) is even more important than my freedom.”

A democratic and economically strong Ukraine is important to the U.S. as well as to the EU. In a recent opinion article in the New York Times, former U.S. Ambassador to Ukraine, John Herbst, suggested that if Ukraine fails to meet the EU conditions the latter should invoke sanctions on Ukrainian political leaders (presumably Yanukovich and others). That would have the opposite of the desired effect. It would strengthen the clamor by a Ukrainian minority that is pushing for a new trade agreement with Moscow. The EU should sign the final Agreement even if not every reform called for has been put into effect, provided a way is found to follow the Lutsenko action with one involving Tymoshenko. Once Ukraine is “in the tent” with the entire EU, it will be easier to continue pursuing the other reforms to a successful conclusion. Carrots are almost always better than sticks.

Mr. Hannaford is a member of the Committee on the Present Danger.